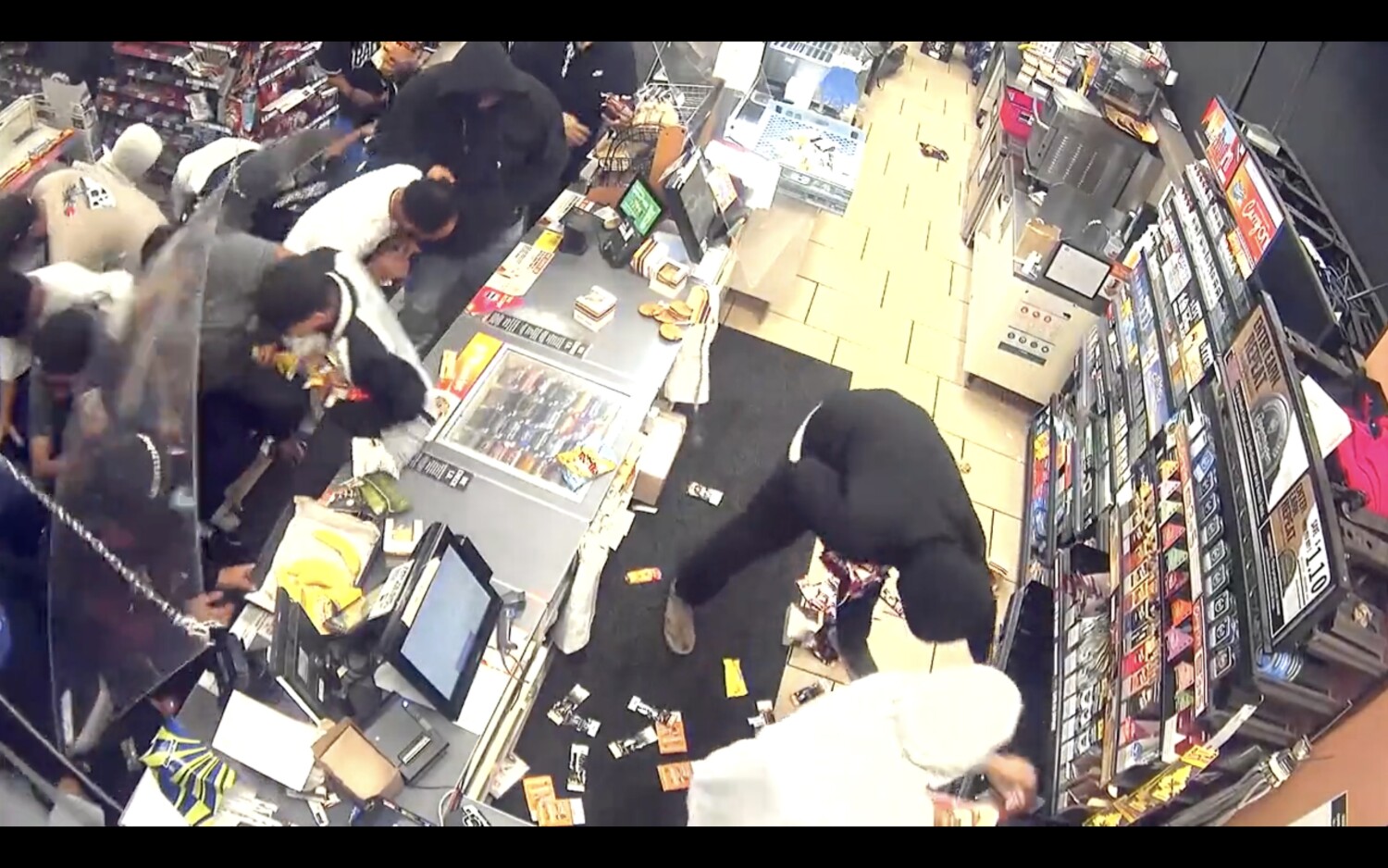 A crowd streamed into a 7-Eleven early Monday and grabbed snacks, drinks, tobacco products and lottery tickets, ransacking the convenience store before fleeing.

Investigators believe that the incident, which was captured on surveillance video released Thursday by the Los Angeles Police Department, involved participants in a “flash mob” street takeover who stole items en masse from the store while throwing merchandise at employees. They fled before officers arrived.

The takeover began around 12:40 a.m. Monday at the intersection of Figueroa Street and El Segundo Boulevard in the Willowbrook neighborhood of South L.A., police said.

“Motorists flooded the intersection and blocked traffic with their vehicles from all directions to create a ‘pit’ in the middle of the intersection,” police said, adding that drivers did doughnuts as others watched.

Investigators believe spectators then stormed into the convenience store at the northwest corner of Figueroa and El Segundo, police said.

The video released by the LAPD shows dozens of people standing outside the store. Many appear to be recording the maelstrom on their phones.

Inside the store, the video shows people grabbing items including chips and other snacks. Several people slide over the cashier’s counter before taking boxes of tobacco products, tossing some of the items into a waiting crowd.

Other participants are seen scooping up lottery tickets.

Authorities continued to search for suspects Thursday. No arrests had been made, police said.

The incident occurred about an hour after a separate street takeover at which a teenager was shot to death late Sunday, according to the L.A. County Sheriff’s Department, about 1½ miles away in an unincorporated area of Willowbrook.

Deputies were called at 11:57 p.m. to the 13400 block of Mettler Avenue for a report of a shooting and street racing, and found an unresponsive boy between the ages of 15 and 20 with gunshot wounds, according to the Sheriff’s Department. The boy was taken to a hospital where he was pronounced dead.