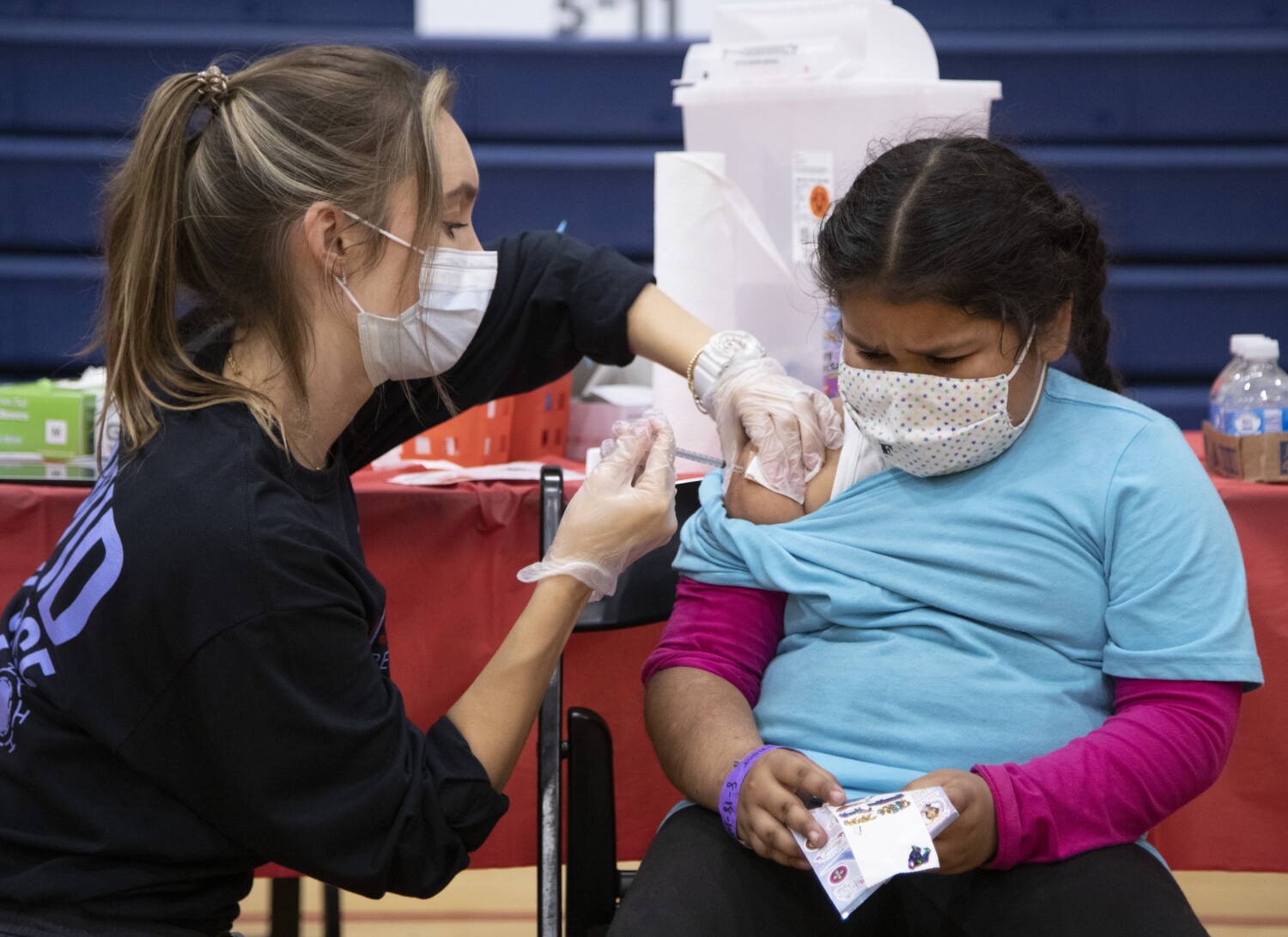 The Los Angeles Board of Education on Tuesday unanimously approved a delay of a student vaccine mandate for COVID-19 that had been scheduled to take effect next fall, under a recommendation from Supt. Alberto Carvalho.

The 8:30 p.m. vote at the conclusion of a nearly 12-hour board meeting took place without comment from either Carvalho or board members. It was a striking anticlimax after board members had determinedly adopted the vaccine requirement last year — and were resolute in defending it against lawsuits.

But in an earlier interview with The Times, Carvalho said that the change of direction was supported by science and also justified for pragmatic and academic reasons.

“This was the right move at the right time, perfectly endorsed by science,” Carvalho said.

Carvalho based his request for the delay — until at least July 1, 2023 — on the school system’s current vaccination rate among older students and what he described as the low transmission rates in schools. Carvalho said he also consulted with experts who have been working with the nation’s second-largest school system.

The decision aligns with Gov. Gavin Newsom’s announcement last month that he is pausing a state mandate that, at one point, was expected to take effect before the upcoming school year.

About 78% of Los Angeles Unified School District students age 12 and older have received both doses of the vaccine — which is what has been required for the fall. Based on enrollment, that would leave about 40,000 students out of compliance and unable to attend classes in person were the requirement to be enforced.

About 84% of students age 12 and older have had at least one dose of the vaccine.

The school system is setting up online academies for the fall, but officials did not want to force so many students into that option — or prompt families to leave L.A. Unified.

The delay will make a positive difference for “students whose parents were not sending them to school for face-to-face education, because they lacked a vaccination status,” Carvalho said.

Carvalho added that he expected that enrollment in the online academies would potentially include families uncomfortable with the mandate‘s postponement as well as any others who continue to have concerns about health risks associated with COVID-19.

All employees working at school sites have been fully vaccinated — and some former staff members have lost their jobs because they refused to be immunized and did not receive both an exemption and an alternate assignment.

The district’s employee vaccine mandate remains in place. Carvalho announced he would seek a postponement of the student mandate last last month.

Coronavirus cases have recently been on the rise, but there appears to be no move by health officials to ratchet up restrictive preventive measures such as resuming mandatory masking in classrooms.

L.A. Unified was the first of the nation’s large school systems to institute a COVID-19 vaccination requirement for students. However, the district opted in December to delay enforcing the rule until this fall. At the time it was concerned about overwhelming a struggling independent study program with noncompliant students. However, officials had expected things to be much different by the fall, especially with the likelihood of a state mandate also kicking in.

But Gov. Gavin Newsom and others were counting on vaccine approvals at the federal level that have been slow to fall into place.

State health officials said they would phase in a vaccination requirement following a U.S. Food and Drug Administration decision to fully approve a vaccine for younger ages. It’s not clear when that will happen.

Once the FDA acts for those ages 12 to 15, the state would begin a rule-making process — including the chance for public comment — to require vaccinations as a condition of attending grades seven through 12 in public or private school.

Currently, the Pfizer-BioNTech vaccine is available to children ages 5 to 15 under an emergency-use authorization. Although experts overwhelmingly consider the vaccine to be safe, it has not received full official approval. A similar process would then happen for ages 5 to 11 — the federal government would act first and the state would follow.

About one-third of children ages 5 to 11 have completed their vaccination series in L.A. County, according to recent health data.