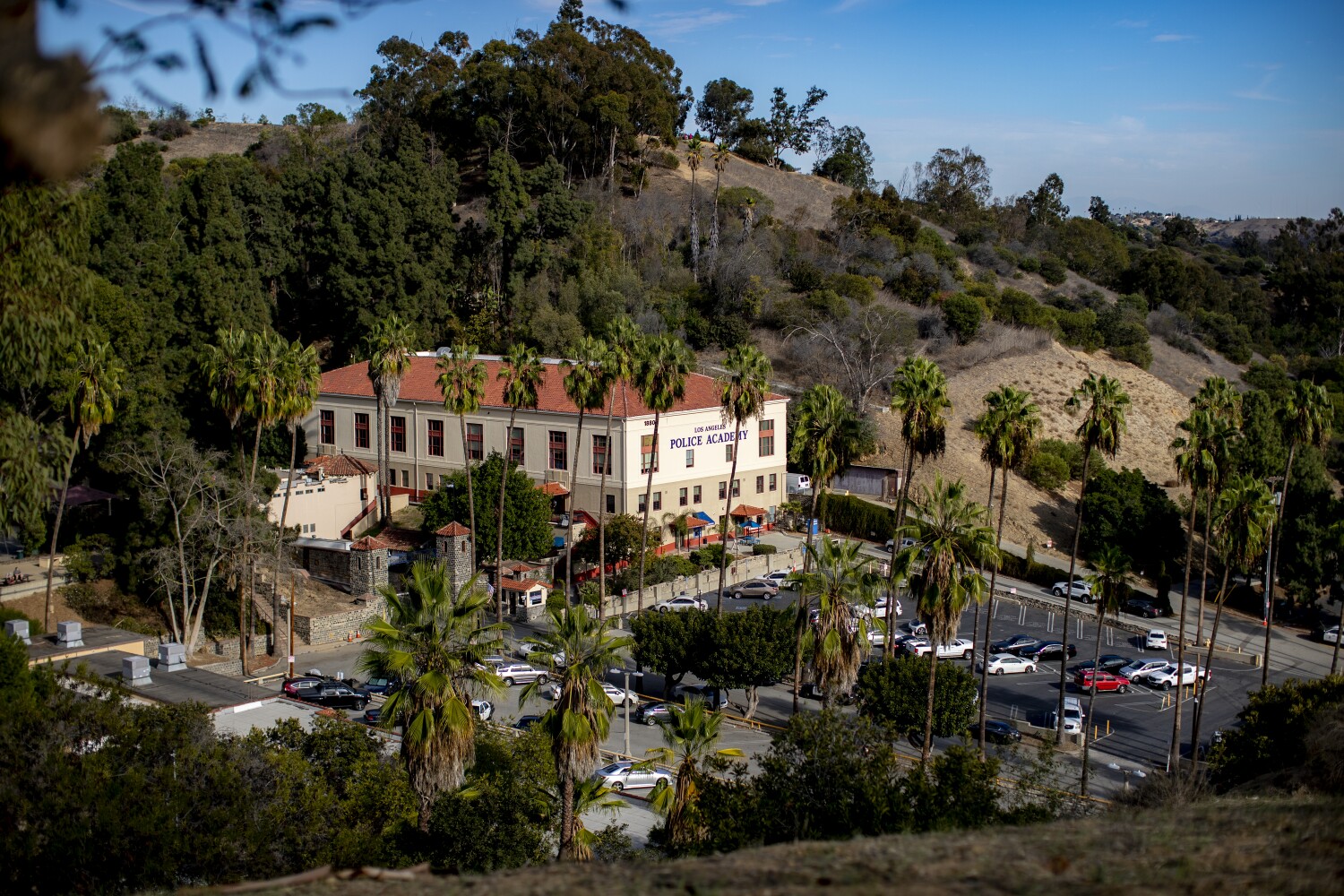 Houston Tipping, a five-year veteran, was hurt in a training accident Thursday at the Elysian Park Academy, according to Los Angeles Police Chief Michel Moore.

“Despite the valiant efforts of his classmates” and medical staff, Tipping “could not recover,” the chief said in a tweet.

Moore called Tipping “a bright and uplifting young man with a full life in front of him.”

According to a statement from the chief, at the time of the accident, Tipping was a bike instructor engaged in a training scenario involving grappling with another officer. During the scenario, Tipping fell to the floor and suffered a catastrophic spinal cord injury.

The Police Department is investigating the accident to identify additional measures to prevent such incidents in the future, according to Moore’s statement.

Tipping worked as a patrol officer in the Devonshire division, which covers the area of Northridge, Reseda, Chatsworth and other parts of the north San Fernando Valley.

In a tweet, the Los Angeles Police Protective League said that Tipping “patrolled the neighborhoods of Devonshire and worked as a bike instructor. He loved serving as a police officer.”

Another tribute came in a tweet from Sandra Zamora, senior lead officer for the Devonshire area: “He was a #smart, #kind, #friendly & #funny man to know.”

She added in another tweet: “Houston was a great Officer. Very helpful and always willing to go above and beyond for others.”