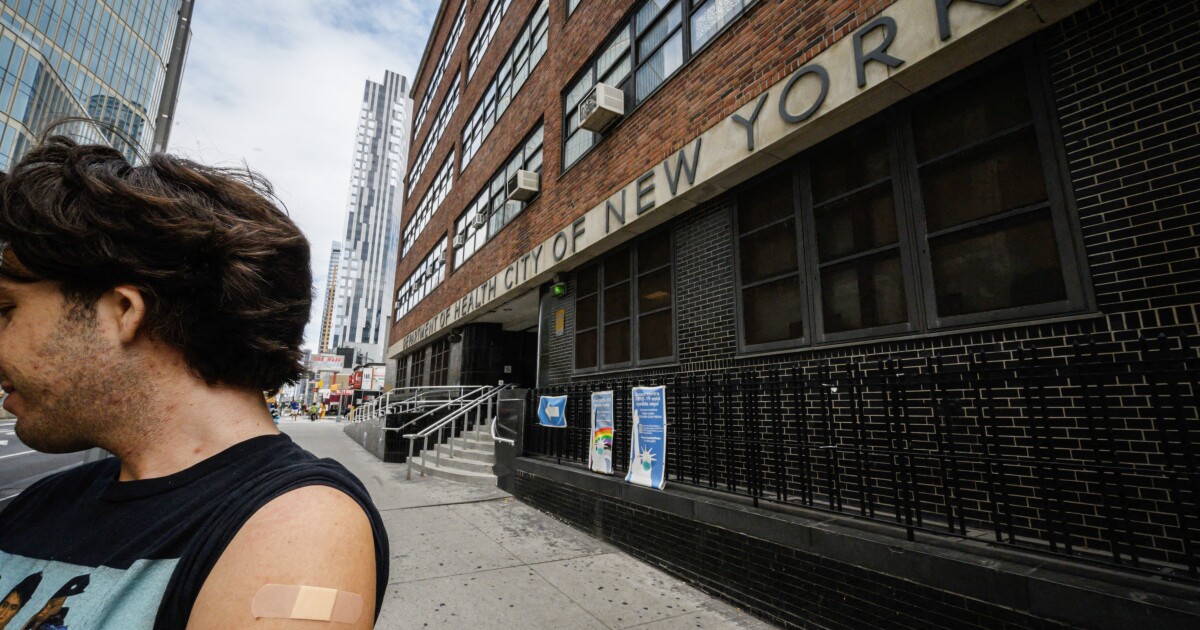 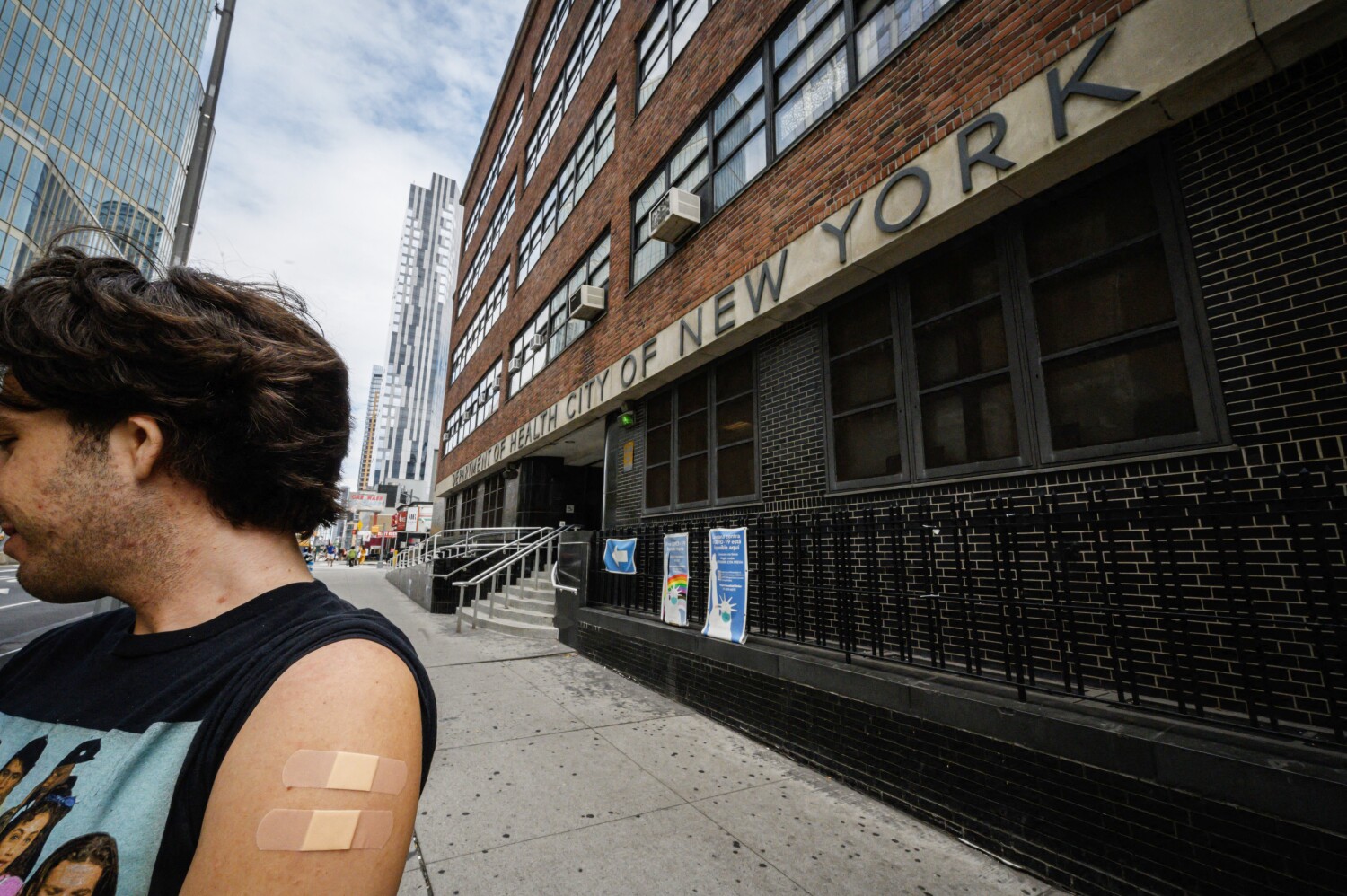 The Los Angeles County Department of Public Health is urging healthcare providers to watch out for polio following the first U.S. case of the viral disease in nearly a decade in New York.

Polio is so rare that many healthcare providers may not realize they are treating a patient infected with the virus even if it involves paralysis. The recent case, observed in an unvaccinated patient in Rockland County, just north of New York City, was disclosed publicly on July 21. The patient had been suffering weakness in his legs and flu-like symptoms — both symptoms of polio — during the previous month.

News reports described the polio patient, who experienced paralysis, as a man in his 20s.

In a health advisory released recently, L.A. County officials urged doctors to identify children and adults who haven’t been immunized for polio or received other routine vaccinations. Once a person has been paralyzed by polio, there is no treatment.

“We believe that L.A. County is currently at low risk for circulation of polio, but it is important that vaccinations remain up to date to ensure that it cannot emerge,” the county advisory states.

The New York case led officials to begin testing for samples of the polio virus in wastewater collected months earlier. Scientists reported finding a sample genetically linked to the patient from as early as May in that region’s wastewater, according to a report published Aug. 19 by the U.S. Centers for Disease Control and Prevention.

Furthermore, a wastewater sample from April in adjacent Orange County, N.Y., also identified polio virus, but there was not enough information from that sample to genetically link it with the patient. Polio virus has since been found in the wastewater of New York City and in Sullivan County, just west of Orange County.

The polio virus also has been detected in wastewater in Britain this year. And an outbreak of the disease occurred earlier this year in Israel; an unvaccinated 3-year-old developed paralysis and eight other children have tested positive. Of the nine children in that outbreak, eight were not fully vaccinated.

Genetic analyses show a link between the virus that infected the patient who suffered paralysis and polio samples found in wastewater in New York, Britain and Israel.

According to the CDC report, the New York patient did not travel internationally during the time when he would have been infected. He did, however, attend a large gathering eight days prior to the start of symptoms. In a typical incubation period, he likely was exposed to the virus seven to 21 days before he began experiencing paralysis.

Officials say that since the patient didn’t travel internationally during his likely period of infection, and because the virus has been found in wastewater, it’s likely that polio transmission is occurring domestically in the U.S.

“Even a single case of paralytic polio represents a public health emergency in the United States,” the report said.

It’s especially important that children get caught up on polio vaccinations if they haven’t been vaccinated, “because they bear the brunt of bad stuff from polio,” said Dr. Peter Chin-Hong, a UC San Francisco infectious disease expert.

The CDC report said that Rockland County officials initiated a catch-up vaccination campaign after the summer polio case, but “the number of doses administered at temporary and established clinics was not sufficient to meaningfully increase” vaccination rates.

Genetic analysis of the virus sample from the New York polio patient indicates that the original source of the virus was likely someone in another country who got the oral polio vaccine, which hasn’t been used in the U.S. since 2000.

The oral vaccine contains a weakened live polio virus. “If allowed to circulate in under- or unimmunized populations for long enough … the virus can revert to a form that can cause illness and paralysis in other people,” the CDC says.

The U.S. switched in 2000 to a version of the polio vaccine that has only the inactivated, or killed, virus and cannot cause disease or illness in unvaccinated people. That version of the vaccine is highly effective in preventing paralysis but less so at preventing people from getting infected and becoming a carrier of the virus.

Oral polio vaccine, given in the form of drops, is used in other parts of the world because it’s cheaper, easier to store and easy to administer. Unlike the inactivated version, the live oral polio vaccine induces an immune response in the lining of the intestines — exactly the location where the virus multiplies.

Antibodies produced there inhibit reproduction of polio during future exposure to the virus. This advantage “is probably why mass campaigns with [oral polio vaccine] have been shown to stop person-to-person transmission,” the World Health Organization said.

The live oral polio vaccine is “trying to bolster the front guards … in the first place that the infection encounters,” Chin-Hong said. “So that’s why oral vaccine is so good. It gives you that boost at the walls of the house — at the entrance.”

The oral polio vaccine also can be advantageous in areas with poor sanitation because the weakened live virus can be excreted in feces of a person who got the oral polio vaccine for eight weeks, helping to inoculate other unvaccinated people exposed to it, according to Chin-Hong.

“But the problem is that it can turn to the dark side and become virulent in some circumstances” in unvaccinated people, Chin-Hong said.

Israel made a similar decision to the U.S. in 2005 and ended use of the oral polio vaccine, turning to the inactivated vaccine exclusively. But Israel began using the oral vaccine again in 2013 after polio virus was detected in sewage.

Authorities in Israel say that while the inactivated vaccine does protect vaccinated people from disease, it “will not prevent the continued spread of the virus in the community. Live attenuated vaccine is crucial for protecting local defenses in the gastrointestinal system and for preventing continued transmission of the virus from person to person.”

A big reason the U.S. stopped using the oral polio vaccine and began exclusively using the inactivated vaccine in 2000 was because vaccination rates were so high at that time. But if vaccination rates fall too low, it’s possible for the virus to begin spreading again.

California health figures show that for the 2019–20 school year, 96.5% of incoming kindergarteners were fully vaccinated against polio and only six of the state’s 58 counties had coverage below 90%. In L.A. County, the rate is around 97%.

However, the state Department of Public Health did note that routine vaccination rates, “including for polio vaccine, decreased during the initial period of the COVID-19 pandemic.” More recent vaccination data for incoming kindergarteners is expected to be released later this year.

There is no cure for paralysis caused by polio. But three doses of the polio vaccine is more than 99% effective in preventing paralysis, according to the report. Babies should be given three doses; a fourth is given to children between ages 4 and 6.

According to the L.A. County health advisory, “most adults do not need polio vaccine because they were already vaccinated as children.”

“Vaccine has been available in the U.S. since 1955. Adults born before 1955 are also likely to be protected from having been exposed to poliovirus. However, adults who know that they were not vaccinated as children should receive” a three-dose series, the advisory continues.

About 75% of people who get infected with polio have no symptoms; others can experience symptoms similar to the flu. It can take three to six days after exposure for nonparalytic symptoms to appear. Paralysis can occur seven to 21 days after infection.

Paralysis or weakness in the arms or legs can occur in 1 out of every 1,000 people infected with polio, Chin-Hong said. The disease can cause paralysis because the virus can infect the spinal cord.

Between 2% and 10% of infected people who have polio-induced paralysis die because the virus can harm the muscles that help them breathe.