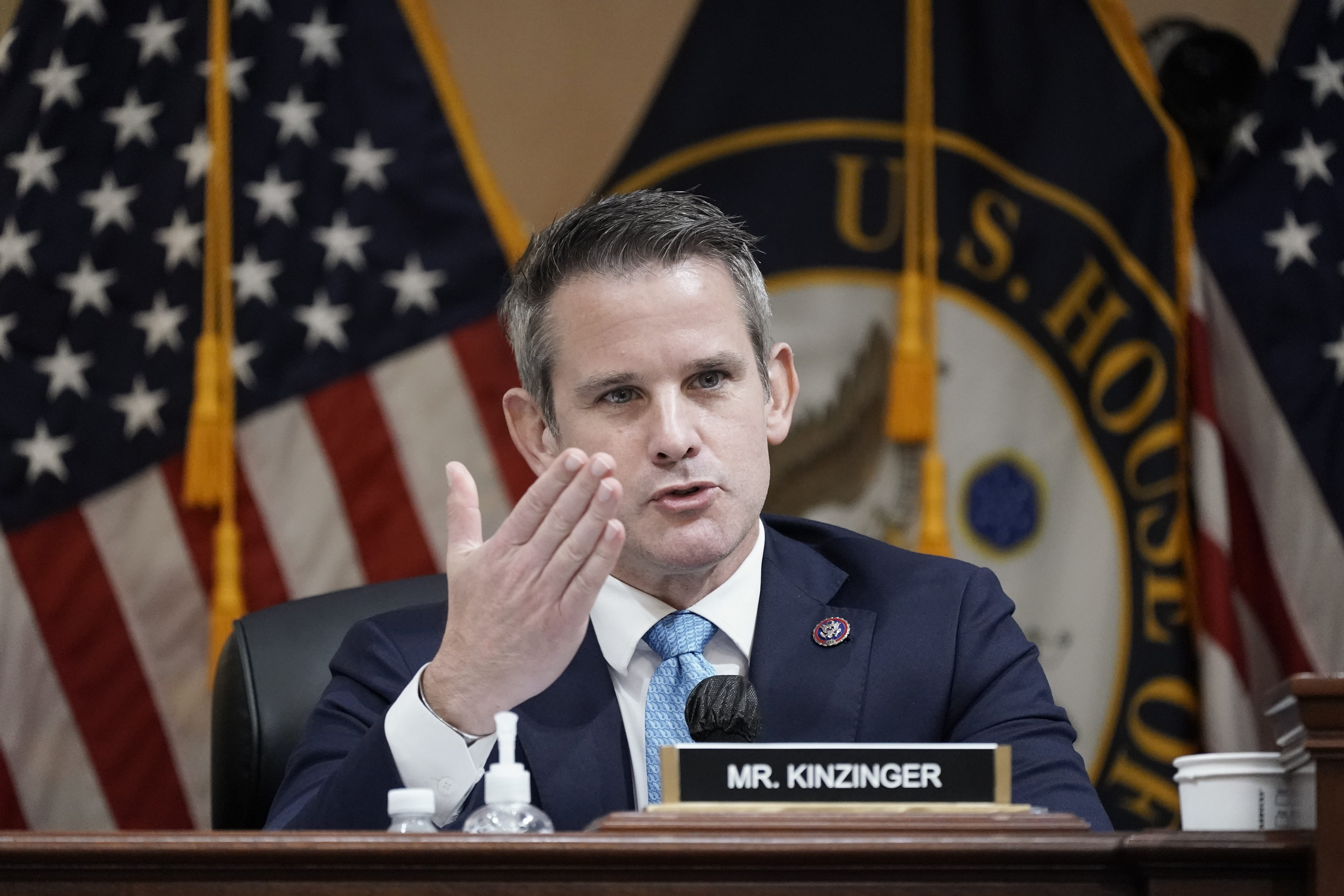 “While we will work with folks who want to run for any local office, we are particularly interested in election clerk positions and volunteers,” said Zach Hunter, the executive director of Keep Country First. “It’s vital for our democracy that we have people of good faith to fairly administer election laws and restore trust in our institutions.”

The group will soon have field staff in several states ahead of the 2023 municipal elections, and it hopes to expand its program for the 2024 elections.

The initiative’s launch video features footage from the Jan. 6 insurrection at the U.S. Capitol, saying “too many are stoking fear and anger.” The narrator goes on to say “the United States has been the greatest force for good the world has ever known, because everyday Americans have answered the call to serve.”

The push from the organization comes as allies of former President Donald Trump — whom Kinzinger has vehemently opposed and has investigated as part of the Jan. 6 committee — move to take control of election offices and other local positions across the country.

Election-denying supporters of the former president have won a slate of Republican primaries across the country. Last week in Arizona, former TV anchor Kari Lake and state lawmaker Mark Finchem won the GOP primaries for governor and secretary of state, respectively, after campaigning on sweeping pledges to undermine elections in their state.

Lake said she would not have certified the 2020 election had she been governor then, while Finchem has been a leading conspiracy theorist in the state, attacking local election officials from both parties.

Finchem is part of a coalition of like-minded Republican secretary of state candidates running in states across the country. Coalition members won the GOP nominations for the office in Nevada and Michigan, and another member is the Republican nominee for governor of Pennsylvania, Doug Mastriano, who would pick the state’s chief elections officer if he wins his race.

Allies of Kinzinger have moved to try to block some Trump-aligned candidates from winning election official positions this cycle. Americans Keeping Country First, a super PAC affiliated with the nonprofit, poured $1.4 million into Georgia in the closing weeks of the state’s May primary to boost Republican Secretary of State Brad Raffensperger. Raffensperger held off a Trump-backed challenger, GOP Rep. Jody Hice, after angering the former president for not supporting his efforts to overturn the 2020 election results.

The super PAC has also spent hundreds of thousands of dollars in Republican primaries backing House members who, like Kinzinger, voted to impeach Trump in January 2021 over the Jan. 6 Capitol insurrection.

The group has spent in support of four members who have had Republican primary challengers this year: Reps. Dan Newhouse (R-Wash.), David Valadao (R-Calif.), Peter Meijer (R-Mich.) and Tom Rice (R-S.C.). Meijer and Rice lost their primaries, while Valadao and Newhouse advanced from their all-party primaries.

Keep Country First Policy Action, the nonprofit, will not be directly involved in primaries. But its academy program would likely attract candidates outside of the MAGA wing of the party.

“It is time for a new generation of pro-freedom, pro-democracy leaders to step up and fight the toxic partisanship that has hobbled our institutions and turned neighbors against each other,” Hunter said.