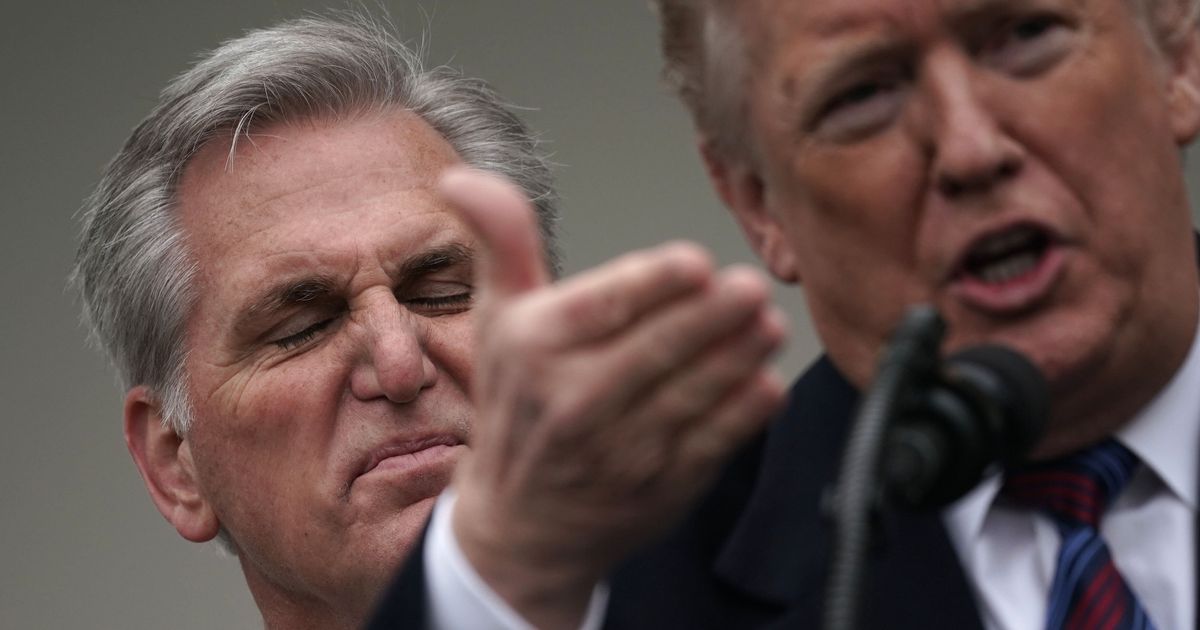 House Minority Leader Kevin McCarthy (R-Calif.) might be making another trip to Mar-a-Lago to seek forgiveness from Donald Trump after accidentally insulting him.

“I just have one rule of thumb,” McCarthy said on Fox News on Tuesday. “I really don’t trust anyone that keeps a mural of themselves in their office.”

But McCarthy was not referring to the former president. He was attempting to slam Dr. Anthony Fauci, who this week announced he would retire from his positions as director of the National Institute of Allergy and Infectious Diseases and chief medical adviser to the president:

Trump has been increasingly testy with McCarthy of late, calling him “very, very foolish” in June for keeping most Republicans off the Jan. 6 committee. In May, audio surfaced of McCarthy ripping Trump as “atrocious and totally wrong” for his actions on Jan. 6, 2021.

Trump has since made it clear that he has not endorsed McCarthy for speaker should the GOP regain control over the House after November’s midterm elections. And if he takes McCarthy’s latest comments personally, that endorsement might never come.

Meanwhile, McCarthy’s critics were quick to troll him on Twitter: