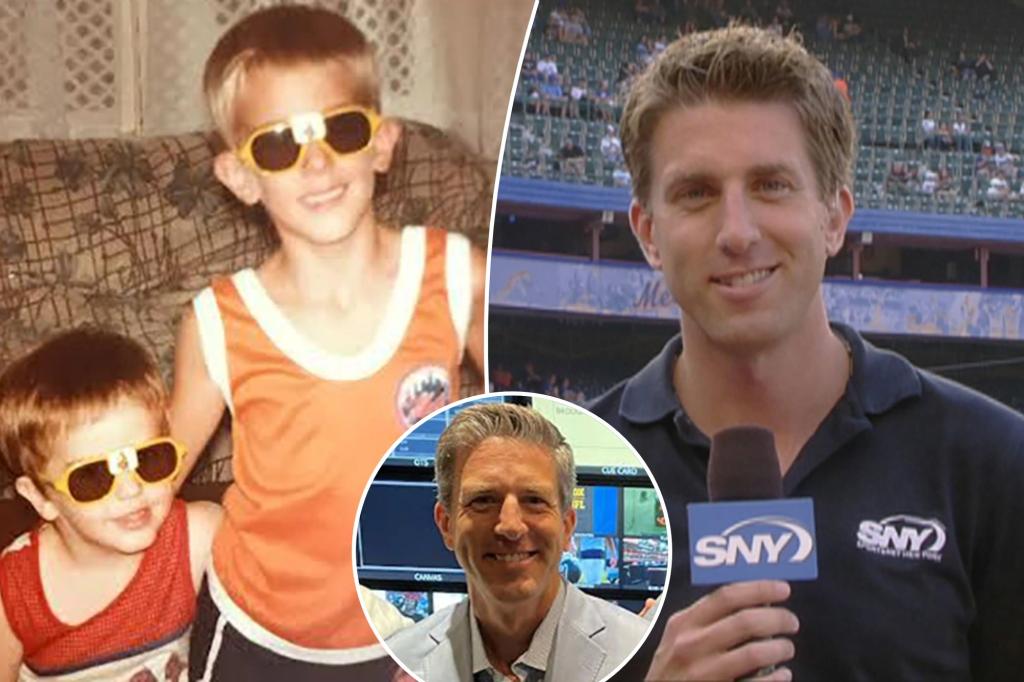 Living in Bloomfield, N.J., the Burkhardt family’s week culminated with their Sunday ritual.

After church in the morning, Kevin Burkhardt, his dad, Wayne, his mom, Betty, and his brother, Brian, would stop at the Village Cupboard to pick up cold cuts and then they sat in front of the TV to watch football all day.

Kevin somehow grew up an Eagles fan in Giants country and to hear Pat Summerall’s voice boom out “Randall Cunningham” on a late fall Sunday afternoon would give Kevin chills.

Now, after the craziest offseason in NFL TV history, it will be Burkhardt following Joe Buck, intoning across the country on Fox Sports’ “America’s Game of the Week” on late Sunday afternoons and, then, in February, ol’ Kevin from Bloomfield will be on the call for the Super Bowl, becoming just the 12th TV play-by-player in the game’s history.

While this year he will be joined by his good buddy and another Jersey guy, Greg Olsen from Wayne, on the No. 1 team, none other than $375 million man, Tom Brady, is in the on-deck circle after he retires from playing.

When the 48-year-old Burkhardt talks about it all, he sounds as enthusiastic as a 7-year-old eating ham and cheeses, while rooting for Ron Jaworski.

On Friday, Burkhardt will ring the opening bell at the NASDAQ exchange and Saturday, Burkhardt, beloved in New York by Mets fans, will throw out the first pitch at Citi Field.

Burkhardt did not see this all coming. Nobody really did. Buck was supposed to be a Fox Sports lifer, the voice of the World Series and the NFL for a generation.

But Troy Aikman had an opt-out and fled Fox for a $90 million contract to call “Monday Night Football” on ESPN and Buck was left behind, not wanting to break in a new analyst. He soon left for his own $75 million MNF megadeal.

“If you would have told me in January that I would be calling the Super Bowl, I would have laughed in your face,” Burkhardt said. “‘What are you talking about?’ I never gave it one thought.”

He will call this year’s Super Bowl with Olsen. The two go way back as Burkhardt called Olsen’s games in high school. Besides the upcoming game in February 2023, Fox also will have the 2025 Super Bowl.

By that time, Brady could be in the booth. When it comes to Brady as an analyst, Burkhardt will be the second-most important person after Brady himself in making Brady a success in the booth. There will be a new level of scrutiny.

Since 2005, just three men — Buck, Michaels and Jim Nantz — have called the Super Bowl. Patriots owner and NFL TV committee chairman Bob Kraft reached out to Fox head honcho Rupert Murdoch to pitch Michaels, probably the greatest play-by-player of all time, for the job as the network has two of the next three Super Bowls.

But Fox Sports’ top executives, Eric Shanks and Brad Zager, believed Burkhardt deserved next crack, believing he is the present and the future. Burkhardt does have a strong résumé.

His work as an SNY sideline reporter made him a Mets folk hero to the point fans were chanting his name on set during the 2015 World Series as he sat next to Alex Rodriguez, Frank Thomas and Pete Rose.

While the top MLB studio is a big stage, the lead NFL TV play-by-play job is the pinnacle. The Super Bowl is watched by around 100 million viewers each year. The NFL accounted for 75 of the 100 highest-rated TV programs, many of which are in Fox’s late Sunday window.

Burkhardt has relatable qualities, easily mingling with stars and regular people, which probably has something to do with him never forgetting his Bloomfield roots.

“My parents sweated their butts off to give us vacations down at the Jersey Shore,” Burkhardt said. “We went on two plane trips [both to Disney] our entire lives until I went to college.”

His mom is still a legal secretary, while his dad is a retired credit manager. Kevin’s first job was peeling potatoes for $4.25 an hour at the now shuttered Village Cupboard.

After graduating from William Paterson in 1997, Burkhardt’s career did not skyrocket out of the gate.

He called Jersey Jackal games in Little Falls in the Northeast League. He toiled at 1,000-watt WGHT for eight years. He did a little freelance for New York radio stations.

“I was 10th on the depth chart,” Burkhardt said. “I needed three people to get sick and another to have a baby — that type of thing.”

His career was not going well by 2004. He thought to himself, “This is bulls–t.” Frustrated, he needed a change.

“I got tired of the grind of making no money and no one returning my phone calls,” Burkhardt said.

He opened up the classifieds and just looked for an opening doing anything else. He had never sold a car, but he landed a gig at Pine Belt Chevy in Eatontown.

Soon after, Mike Terbino, the owner, heard Burkhardt on the radio and, as it turned out, had a better ear than many of the broadcasting decision-makers.

Trebino, who would become a good friend to Burkhardt, let him come and go to do radio shifts, which led to gigs on WCBS and WFAN.

“It was the best year of my life,” Burkhardt said.

“If you don’t speak up and ask for what you want, you are never going to get it,” Burkhardt said. “If you are not going to ask people what they are going to pay for a car, you are not going to sell a car. So it became my rallying cry to call up and be like, ‘Hey, I want to audition,’ or, ‘I’m good enough for this.’ And a couple of people said, ‘Come in.’ I never heard that before.”

Since Fox awarded him the prestigious job, Burkhardt said his wife, Rachel — with whom he has a 15-year-old son, Logan — has given him advice and support. Buck called and they talked about how to cope with the new hot seat. And his longtime MLB and NFL producer, Pete Macheska, told Burkhardt to be himself and not to change as he goes from the No. 2 NFL play-by-player to the top perch. It is hard not to see Burkhardt taking it all to heart.

He lives near Los Angeles these days, but he is still the kid from Bloomfield, who used to eat ham and cheese and watch Summerall.

“You don’t forget that,” Burkhardt said. “I’m lucky. I’m living a great life, but I don’t forget where it started.”

While he was an Eagles fan, he grew up listening to Bob Murphy, Gary Cohen and Howie Rose as a Mets fan. He then became maybe the best sideline reporter in sports media history with SNY. On Saturday, at Citi Field, he will have the honor of throwing out the first pitch.

“I’ll try not to bounce the hell out of it,” Burkhardt said.