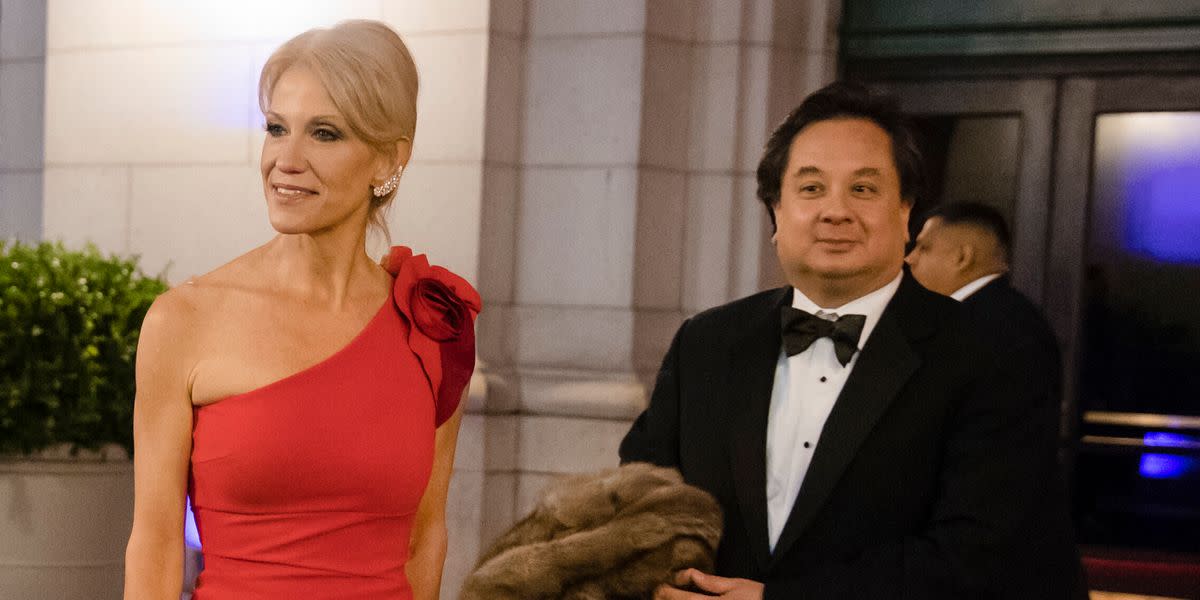 Former White House adviser Kellyanne Conway accused her husband of cheating on her while she worked for former President Donald Trump.

However, the object of his supposed affection wasn’t a person — it was Twitter, according to an excerpt from Conway’s upcoming book, “Here’s the Deal: A Memoir,” that People published Thursday.

While Conway served as senior counselor to the president in the Trump administration from 2017 to 2020, her husband, attorney George Conway, frequently went on Twitter to criticize Trump ― which he still does.

The longtime Republican also broke with his wife to endorse Joe Biden in 2020.

In the excerpt, Kellyanne Conway describes the effect her husband’s attacks on Trump had on her and her job. She said they really ramped up in the fall of 2018.

“During this time, the frequency and ferocity of his tweets accelerated. Clearly he was cheating by tweeting. I was having a hard time competing with his new fling,” she wrote.

Conway said she told her husband that his “daily deluge of insults” of Trump “violated our marriage vows to ‘love, honor and cherish’ each other,” but admitted that those same vows said nothing about agreeing “about politics or policies or even the president.”

In our democracy, as in our marriage, George was free to disagree, even if it meant a complete 180 from his active support for Trump-Pence–My Wife–2016 and a whiplash change in character from privately brilliant to publicly bombastic.

Although George Conway became a noted critic of Trump, his wife wasn’t impressed with his outreach.

“Whoop-de-do, George!” she says she told him. “You are one of millions of people who don’t like the president. Congrats.”

Kellyanne Conway said she pointed out that he was the only critic of Trump whose wife worked for the president and that he shouldn’t criticize her publicly.

She added: “And when did you become so mean? That is so not you.”

According to Kellyanne Conway, her husband’s responses were always the same.

“Trump, Trump, Trump … The reflexive, obsessive, formulaic ‘but Trump’ slur that permeated half the Congress and half the country was now dominating half the Conway couple,” she wrote.

She said she felt divided because “on one side was my marriage and my husband and “on the other was my job and my boss.”

She claimed that “George was mixing the two of them in a highly combustible manner” but that she “was able to keep these things separate and in perspective.”

“George should have, too, but it seemed the flood of reaction and attention he was receiving was magnetic and irresistible,” she added.

Kellyanne Conway said that she got support for her challenges from Ivanka Trump, who told her at one point, “I am in a family of Democrats,” she said, referring to at least some family members of her husband, Jared Kushner. “I get it.”