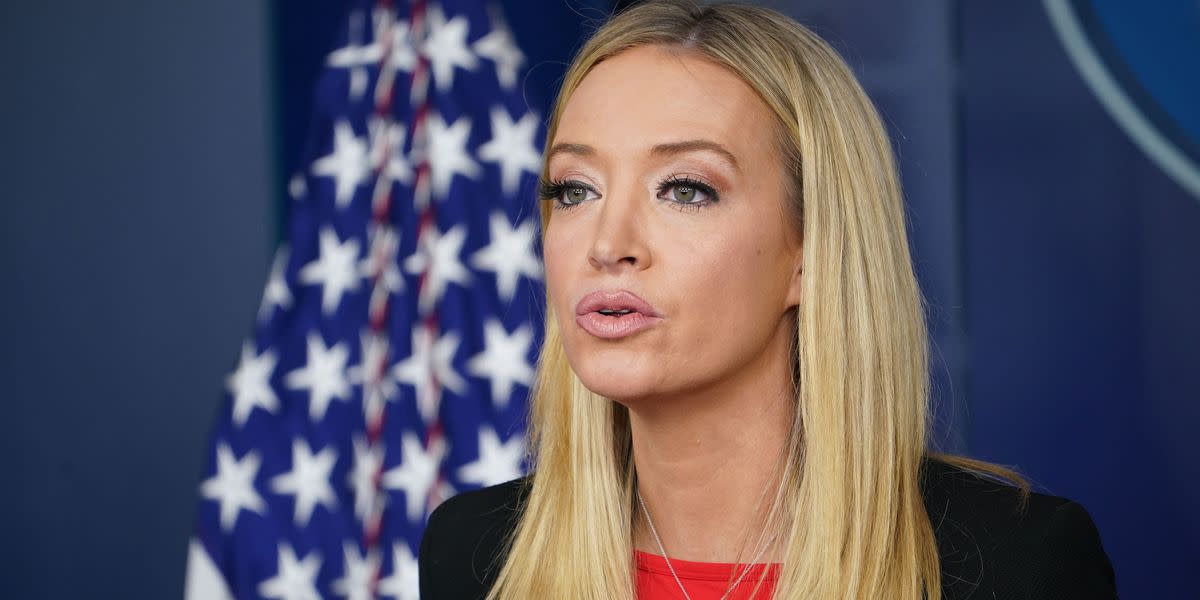 Former White House press secretary Kayleigh McEnany tried to call out President Joe Biden on Thursday, but received a pat on the back for saying something true instead.

In a primetime address, Biden condemned Republican election deniers for the threat they pose to American democracy.

“Donald Trump and MAGA Republicans represent an extremism that threatens the very foundation of our republic,” he said.

Quoting from the speech, ostensibly in a bid to cast the White House position as extreme, McEnany tweeted:

Last year, for the first time, the U.S. was listed as a “backsliding democracy” in a report by a European think tank as a result of developments during Trump’s administration. The report said Trump’s lies about the legitimacy of the 2020 presidential election were a turning point that undermined trust in the nation’s electoral process and ultimately led to the Jan. 6, 2021 insurrection on the U.S. Capitol.

Since then, Trump and his allies have continued to undermine the voting process and elevate election-denying candidates, leading Biden and other Democrats to cast the 2022 midterm elections as a referendum on democracy itself.

McEnany, who famously pledged never to lie to reporters before proceeding to do so for the last 10 months of Trump’s presidency, was soon trending as critics applauded her for finally speaking some truth: