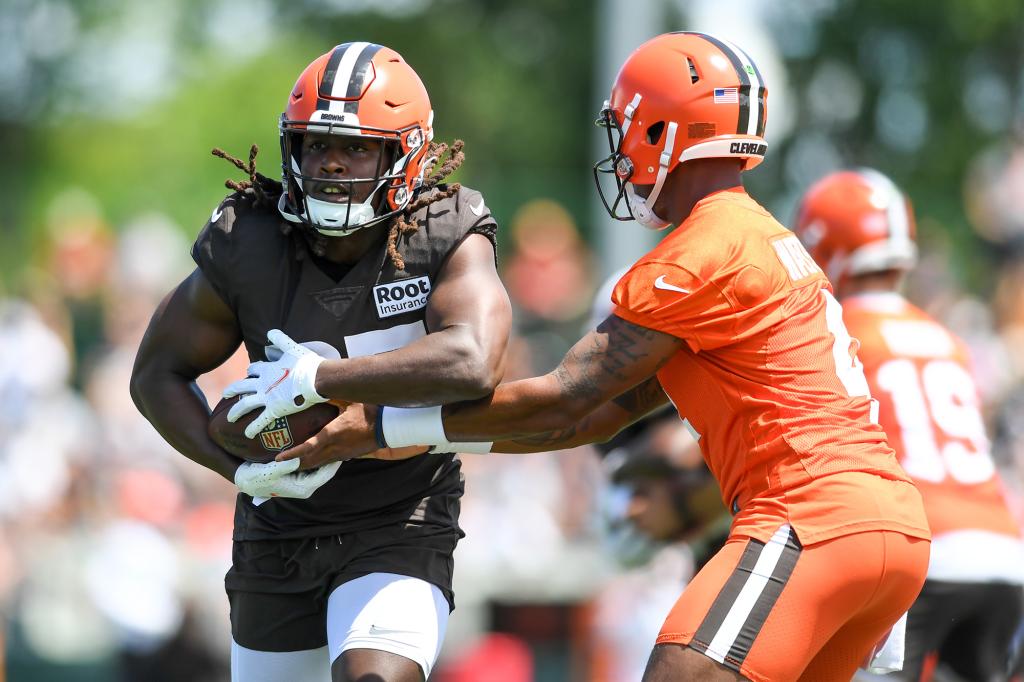 Kareem Hunt wants a new contract. The Browns aren’t giving him one.

So, the running back asked the team to trade him, according to Cleveland.com. The Browns aren’t doing that either.

It is just the latest twist in a drama-filled offseason for Cleveland after the club traded for Deshaun Watson and gave him a fully guaranteed five-year, $230 million contract despite at least two dozen accusations of sexual misconduct against him.

Last Monday, Judge Sue Robinson ruled Watson would be suspended six games for violating the NFL’s personal conduct policy, but the league is appealing the decision with an eye on a longer suspension.

Hunt, 27, is on the final year of a two-year, $12 million contract. The Ohio native, who was a Pro Bowler as a rookie with the Chiefs in 2017, ran for 386 yards and five touchdowns in eight games last season as part of a backfield featuring Nick Chubb. Hunt reportedly did not participate in team drills in recent days at training camp and could face fines from the Browns.

In November of 2018, Hunt was released by the Chiefs after a video showed him pushing and kicking a woman at a hotel. He was signed by the Browns two months later and was suspended for eight games afterward.

The Browns’ offseason also included a messy breakup with former No. 1 overall pick Baker Mayfield, whom they traded to the Panthers after acquiring Watson.