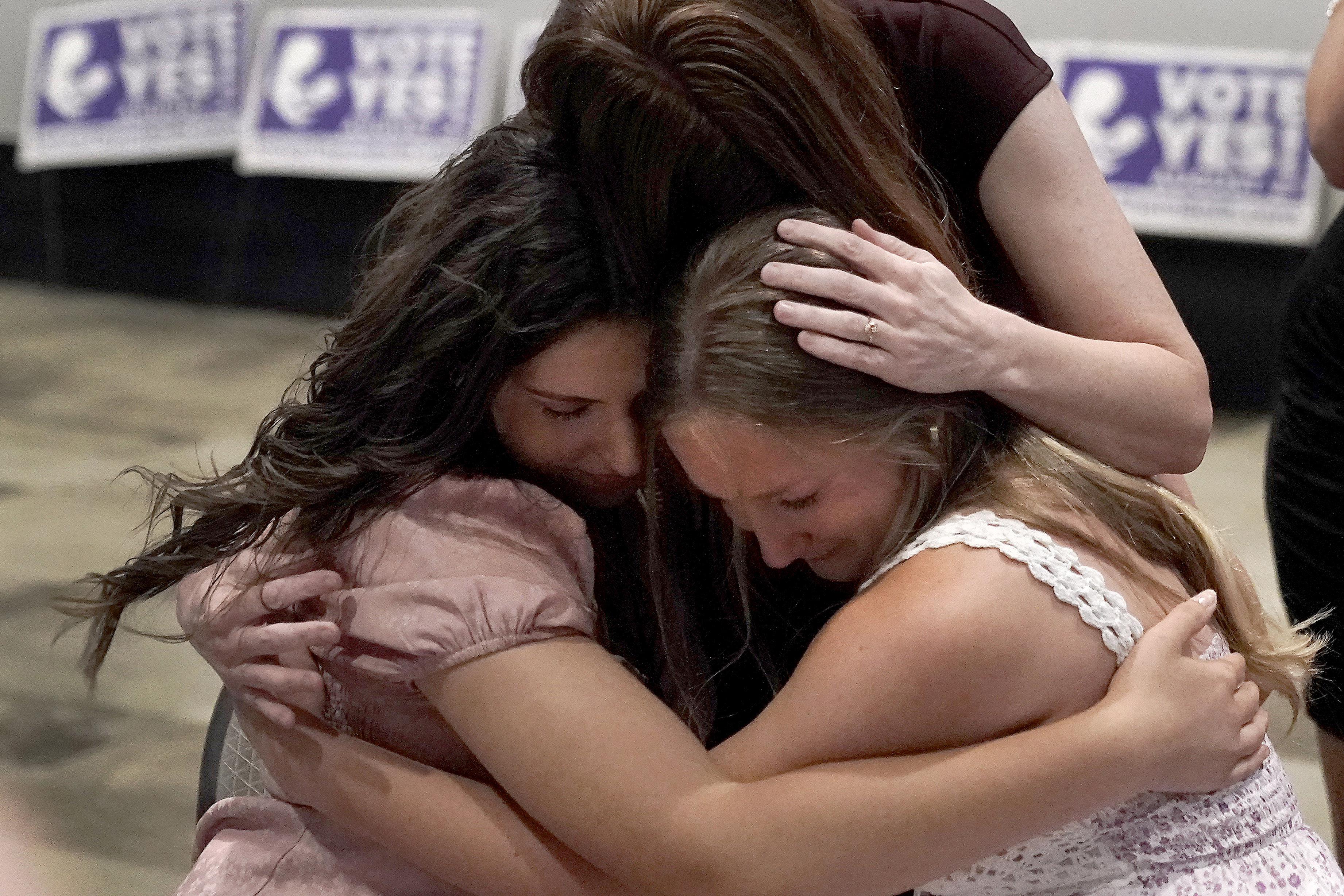 Eight of the counties reported their results by the state’s Saturday deadline, but Sedgwick County delayed releasing its final count until Sunday because spokeswoman Nicole Gibbs said some of the ballots weren’t separated into the correct precincts during the initial recount and had to be resorted Saturday. She said the number of votes cast overall didn’t change.

A larger than expected turnout of voters on Aug. 2 rejected a ballot measure that would have removed protections for abortion rights from the Kansas Constitution and given to the Legislature the right to further restrict or ban abortion. It failed by 18 percentage points, or 165,000 votes statewide.

The vote drew broad attention because it was the first state referendum on abortion since the U.S. Supreme Court overturned Roe v. Wade in June.

Gietzen, of Wichita, and Leavitt, of Colby, in far northwestern Kansas, have both suggested there might have been problems without pointing to many examples.

Recounts increasingly are tools to encourage supporters of a candidate or cause to believe an election was stolen rather than lost. A wave of candidates who have echoed former President Donald Trump’s lie that the 2020 election was rigged have called for recounts after losing their own Republican primaries.

Kansas law requires a recount if those who ask for it prove they can cover the counties’ costs. The counties pay only if the outcome changes.

Leavitt and Gietzen provided credit cards to pay for the nearly $120,000 cost, according to the secretary of state’s office. Leavitt has an online fundraising page. Gietzen also said he is getting donations from a network built over three decades in the anti-abortion movement.

Gietzen said Sunday he doesn’t accept the results of the Sedgwick County recount because of the discrepancy about the way the ballots were sorted and because some of the recount happened Saturday without outside observers present to watch.

Gietzen said he won’t publicly report the names of private donors helping him finance the recount, even though a state ethics official says it’s required. Gietzen, who leads a small GOP group, the Kansas Republican Assembly, argues that he’s not campaigning for the anti-abortion measure but is instead promoting election integrity.

In Jefferson County, the margin remained the same, with the pro- and anti-amendment totals declining by four votes each. Linda Buttron, the county clerk, blamed the change on things like ovals not being darkened and “the challenges of hand counting ballots.”

In Lyon County, the anti-amendment group lost a vote. County Clerk and Election Officer Tammy Vopat said she wasn’t sure the reason. But she noted: “You have to factor in human error.”

Johnson County, the most populous in Kansas, faced the biggest recounting challenge because it had the most ballots. It pulled in workers from different departments to help. The sorting process took so long that the actual counting didn’t begin until Thursday afternoon.

“This is almost like doing an Ironman triathlon and having to add on another marathon at the end,” said Fred Sherman, the county’s Election Commissioner. “So it is quite a gargantuan process.”