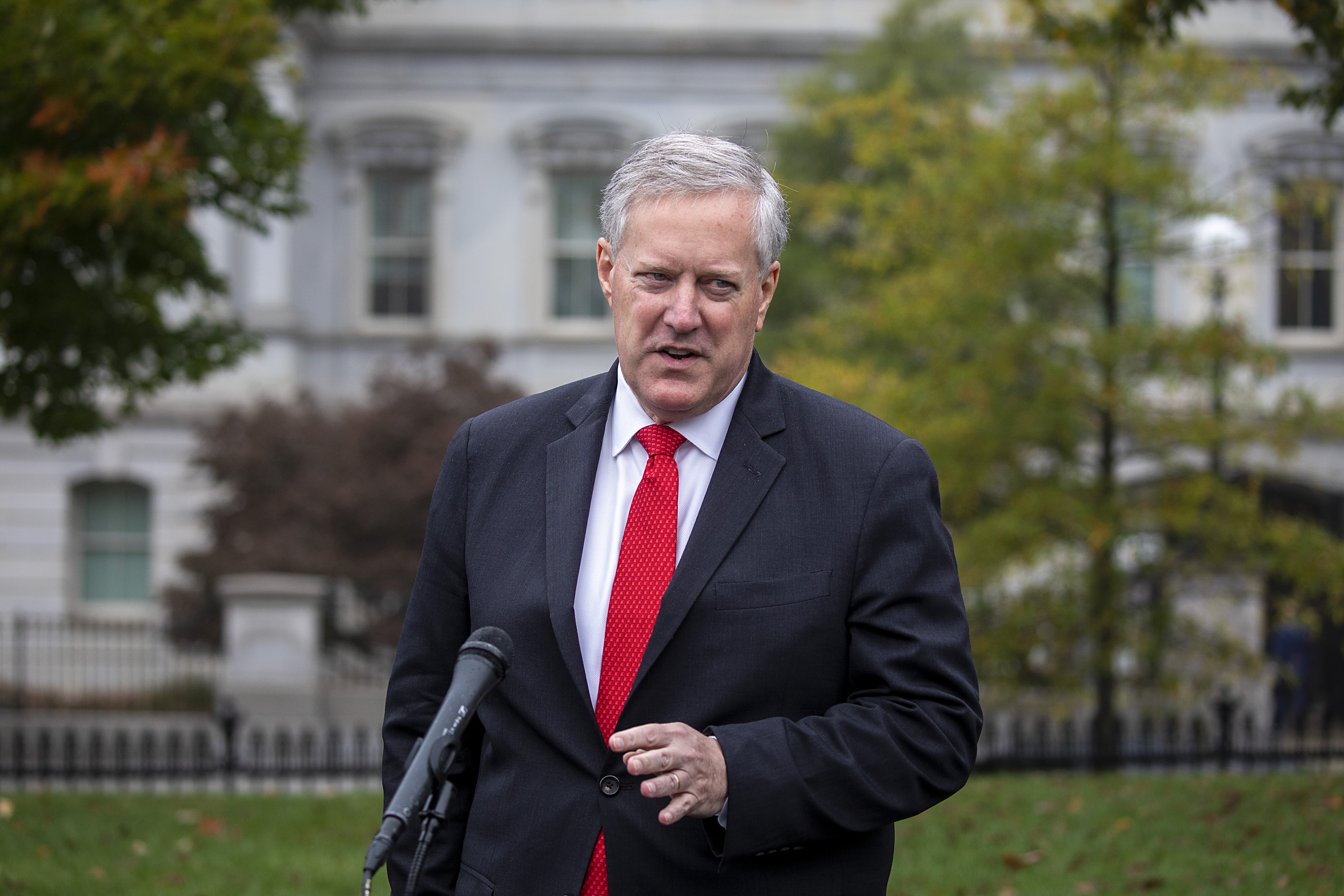 Last month, U.S. District Court Judge Carl Nichols asked the Justice Department to weigh in on what immunity, if any, Meadows is entitled to in the dispute.

“When a congressional committee demands testimony from an immediate presidential adviser after the President’s term of office has ended, the relevant constitutional concerns are lessened. Accordingly, the Department does not believe that the absolute testimonial immunity applicable to such an adviser continues after the President leaves office. But the constitutional concerns continue to have force,” the department argues in the new brief, signed by DOJ Civil Division attorney Elizabeth Shapiro and endorsed by other top officials.

“In the Department of Justice’s view, a form of qualified immunity is appropriate to address those continuing and significant separation-of-powers concerns,” the filing adds.

The department’s brief concludes such advisers only retain that “qualified immunity” after the president they served leaves office and that such immunity can be overcome by Congress if lawmakers prove they need the information at issue and can’t get it anywhere else.

With respect to Meadows, Shapiro argues, the select committee had met this burden. As part of that determination, DOJ pointed to the recent testimony of Cassidy Hutchinson, the Meadows aide who provided explosive testimony about Trump and Meadows’ actions ahead of and on Jan. 6.

The Justice Department’s decision to side with the House committee in the civil suit is notable for another reason: last month, department officials passed up the chance to pursue criminal charges against Meadows for defying the same House panel.

The new Justice Department filing does not mention or explain prosecutors’ decision not to pursue criminal charges against Meadows, but that move could signal that department lawyers believe the validity of his claims about executive privilege are subject to reasonable diverging views.

Some language in the brief warns about the risks of rampant congressional subpoenas, including the possibility that “a house of Congress could employ its investigative powers to interrogate or embarrass immediate advisers to a former President to attack the former President solely for partisan gain.”

That sort of scenario “could weaken the presidency” and contributes to the reason for granting former advisers to former presidents some protection from prying by Congress, the brief adds.

Select committee members were furious at the department’s decision not to prosecute Meadows, urging DOJ to provide more clarity about its rationale. DOJ has not yet done so, though Friday’s filing provides additional details about the department’s considerations.

Nichols invited the Justice Department to address claims of immunity in the Meadows suit, though the rationale could be applied in other lawsuits the select committee is fighting.