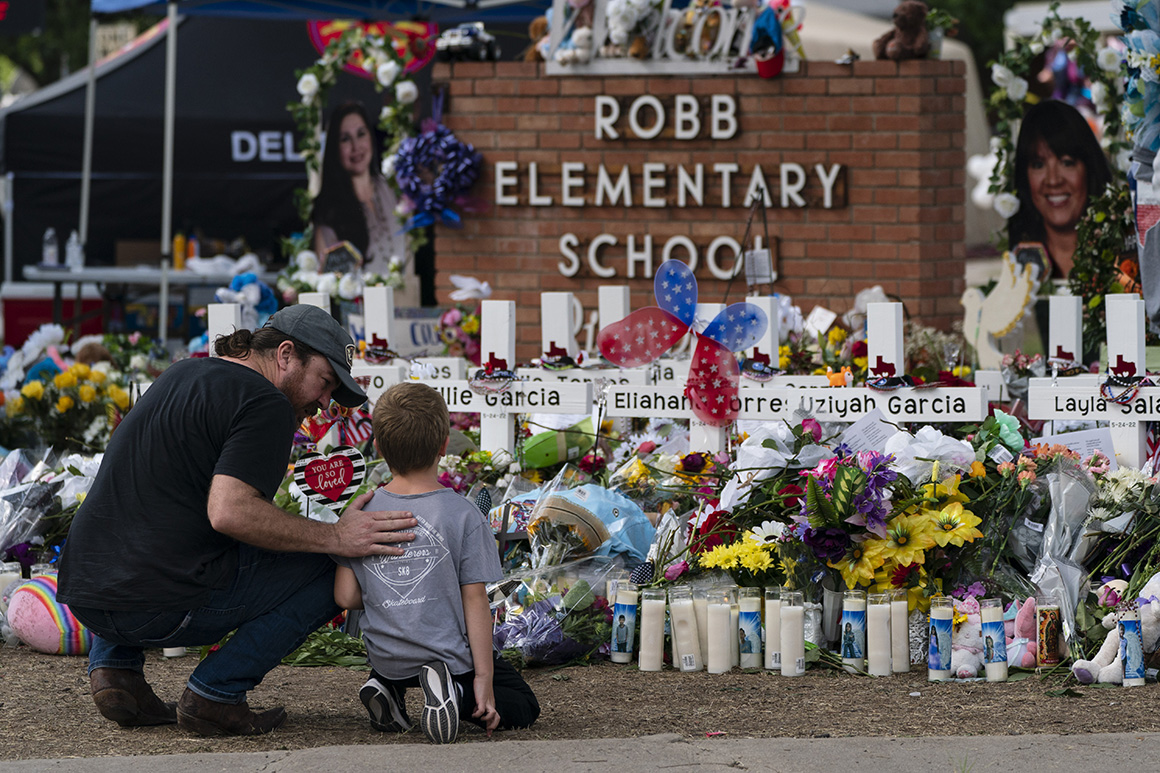 A man and a boy visit a memorial at Robb Elementary School in Uvalde, Texas, on May 29, 2022, to pay their respects for the victims killed in a school shooting. | Jae C. Hong/AP Photo

The Justice Department on Sunday said it would investigate the much criticized response by law enforcement to Tuesday’s mass shooting at the Robb Elementary School in Uvalde, Texas.

“At the request of Uvalde Mayor Don McLaughlin, the U.S. Department of Justice will conduct a Critical Incident Review of the law enforcement response to the mass shooting in Uvalde, Texas, on May 24,” according to the DOJ’s statement.

Nineteen children and two teachers were killed before police killed the lone gunman, who stormed into the school and barricaded himself in a classroom at the elementary school. Reports in recent days about the timeline of the murderous attack have led to widespread criticism of police for not forcing their way into the barricaded area, particularly given that police were receiving 911 calls from terrified children desperately seeking help.