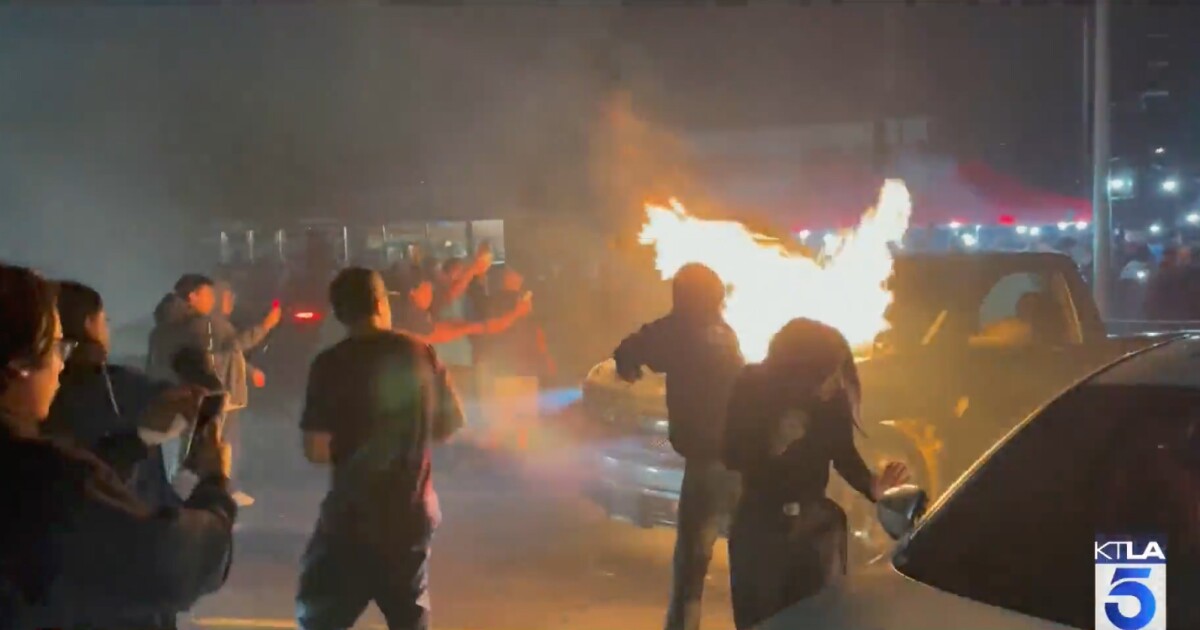 A rowdy street takeover in South Los Angeles ended in the early hours of July 4 with a fatal shooting.

About 200 people had gathered by 12:30 a.m. Monday in the Vermont Vista neighborhood, at the intersection of Hoover Street and West Century Boulevard. Cellphone videos posted on KTLA show crowds of people cheering and cars skidding in performative circles.

The videos also show fireworks going off and a pickup truck in flames.

When police officers arrived at the scene, a few onlookers flagged them down and said that someone had been shot, according to Los Angeles Police Department Captain Brent McGuire.

The victim, who was not identified, was rushed to Harbor-UCLA Medical Center and pronounced dead, McGuire told KTLA.

“This is a growing problem that we’ve been dealing with,” McGuire said of street takeovers. “They often lead to more substantial crimes and people getting hurt.”

A motive for the shooting remains unclear. Police are calling on the public to provide any relevant videos or tips.