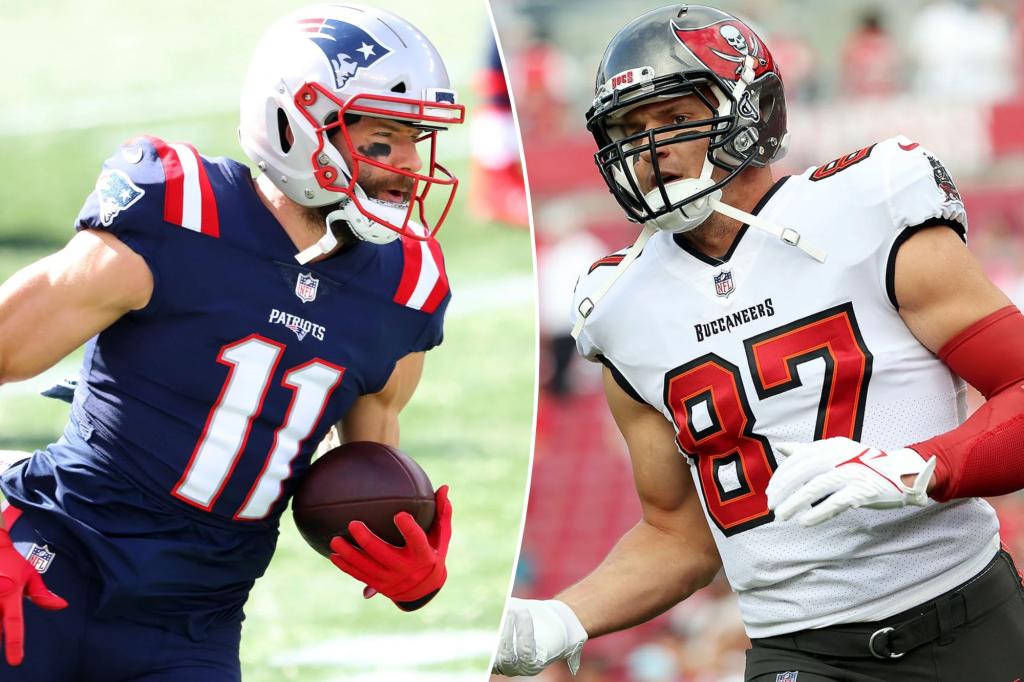 Is there something Julian Edelman and Rob Gronkowski wish to share with the class?

Earlier this week, Edelman shared photos of himself at a Patriots practice in Las Vegas, where New England will take on the Raiders in its final preseason game Friday. Though the former Patriots receiver playfully captioned the post, “Brought my cleats to the desert just in case…,” fellow New England alum Rob Gronkowski suggested he take things a step further.

“Do it Jules!! Make a comeback!!” Gronkowski, 33, tweeted on Wednesday, to which Edelman cryptically replied Thursday, “You said if I come back…. Then you’ll come back…”

Edelman, a former Super Bowl MVP, retired from the NFL last April amid knee issues. The 36-year-old recently revealed on The Ringer’s “The Ryen Russillo Podcast” that an “atrocious” film session factored into his decision to step away from the game.

“Atrocious. That’s honestly why I retired,” Edelman said, per NBC Sports. “When you start looking old — it’s not even just the games, it’s the practices, the body language. I mean, I wanted to throw up. That’s why I had to retire.”

Gronkowski, meanwhile, called it a career for the second time in June, after initially coming out of retirement in 2020 to rejoin Tom Brady with the Buccaneers. He has since segued into modeling, with a little help from his longtime girlfriend, Sports Illustrated Swimsuit star Camille Kostek.

On Wednesday, the former tight end flaunted his Brady brand underwear in a cheeky post with Kostek, 30, on Instagram.

“Brady to Gronk once again, this time off the field with a @bradybrand underwear pass! I sure scored after that play hehe,” Gronkowski quipped.

Gronkowski and Edelman were teammates for nine seasons in New England, where they both caught passes from Brady, who is now entering his 23rd NFL season.