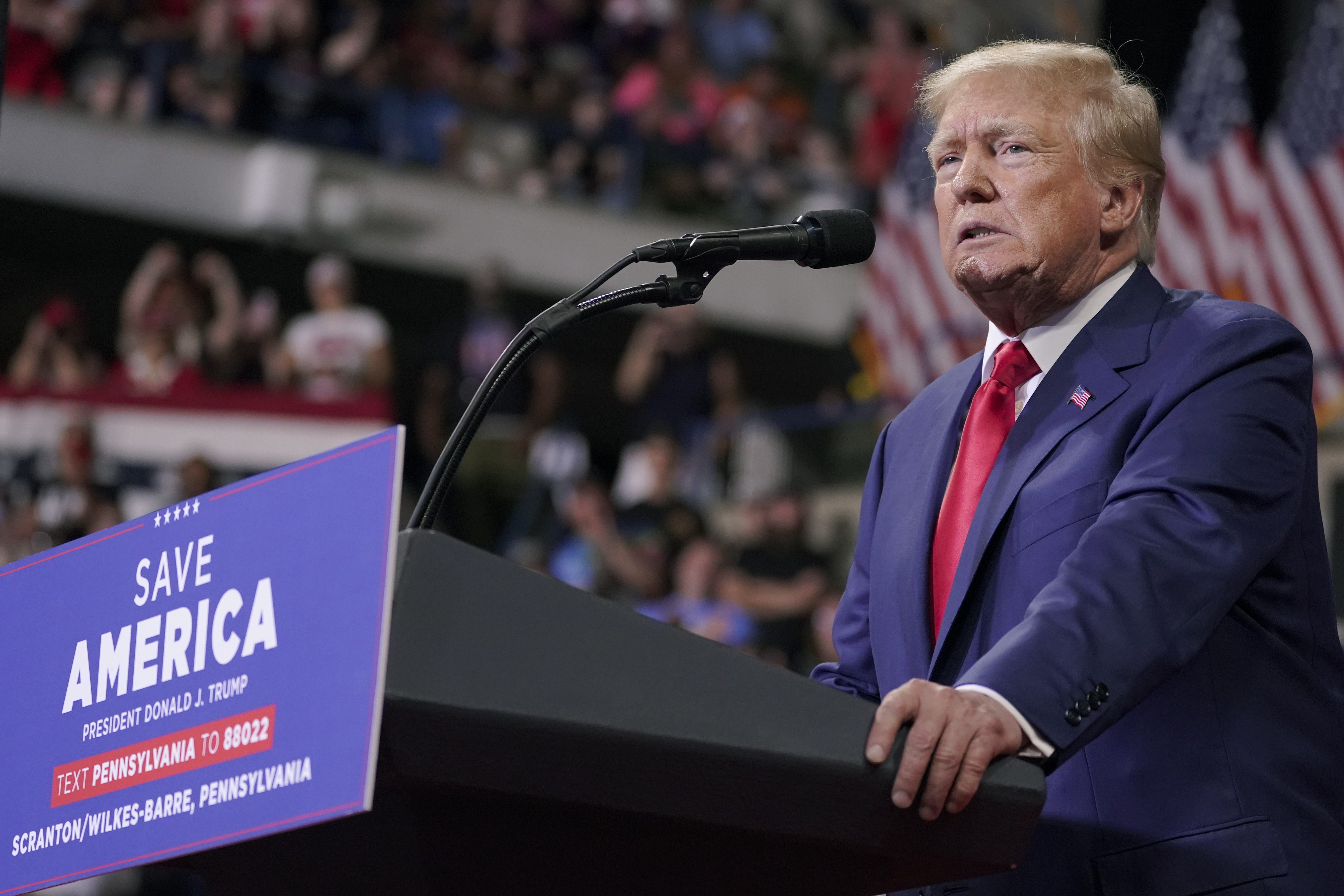 Anthony Coley, a department spokesperson, said it was “examining the opinion and will consider appropriate next steps in the ongoing litigation.”

Cannon, a Trump appointee who was confirmed by the Senate a week after Trump’s defeat in the 2020 election, gave the Justice Department and Trump’s lawyers until Sept. 9 to submit a joint filing to propose a list of special master candidates and outline their duties and limitations. In the meantime, Cannon ruled that the documents would not be returned to Trump.

The Justice Department has indicated that if Cannon were to make a ruling of this kind, she should formally enjoin the department, a format that would permit an appeal. In her order on Monday, she did make the findings required for an injunction that is subject to appeal, although she said she was unsure those findings were required in this instance.

In her ruling, Cannon specifically wrote that the appointment of a special master “shall not impede” the intelligence community’s ongoing assessment of whether Trump’s possession of the top-secret documents caused harm to U.S. national security. That review, which began in response to inquiries from Congress, is being spearheaded by the Office of the Director of National Intelligence.

Such a carve-out for the ODNI, though, could be potentially unworkable because the FBI, an arm of the Justice Department, is a member of the intelligence community and could be consulted as part of the ODNI assessment. A spokesperson for ODNI declined to comment on Cannon’s ruling Monday.

Director of National Intelligence Avril Haines described the review to lawmakers last month as an “assessment of the potential risk to national security that would result from the disclosure of the relevant documents.” She also said her office was working in tandem with the Justice Department on a classification review of the documents that were seized from Trump’s Florida estate, pledging that it will not “unduly interfere with DOJ’s ongoing criminal investigation.” It’s unclear how Cannon’s order would affect that review.

Cannon premised her ruling primarily on Trump’s claims of potential harm of the materials becoming public. She noted that a still-sealed report of items seized by a Justice Department “filter team” — tasked with screening out attorney-client-privileged material — said that “medical documents, correspondence related to taxes, and accounting information” were among them.

Cannon also described “leaks” to the media of information related to the seized materials as a potential risk to Trump, though she acknowledged being unsure of the provenance of those purported leaks.

She also repeatedly emphasized the extraordinary circumstance of the search of a former president’s residence.

“As a function of Plaintiff’s former position as President of the United States, the stigma associated with the subject seizure is in a league of its own,” she wrote. “A future indictment, based to any degree on property that ought to be returned, would result in reputational harm of a decidedly different order of magnitude.”

“The Court is not so sure,” Cannon wrote. “These instances certainly are demonstrative of integrity on the part of the Investigative Team members who returned the potentially privileged material. But they also indicate that, on more than one occasion, the Privilege Review Team’s initial screening failed to identify potentially privileged material.”

Cannon, citing Nixon-era case law that the Justice Department said decisively undercut Trump’s effort to cite executive privilege, rejected the government’s contention that Trump could never, under these circumstances, be able to successfully assert executive privilege to block the department’s review of the materials.

“The Supreme Court did not rule out the possibility of a former President overcoming an incumbent President on executive privilege matters,” she wrote.

Cannon noted that Trump has not asserted executive privilege over any of the materials seized from his home. Notably, Trump opted against taking the matter to court in May, when the Justice Department first expressed an interest in reviewing the classified material taken from his home and the National Archives granted access to the investigators over Trump’s protests.

In her new order, the judge did not rule in favor of Trump’s privilege claims over any specific documents. Rather, she created a process for him to raise such issues. However, it seems likely that the process could delay by weeks or months the government’s investigation, which a prosecutor recently said was in its early stages.

Special masters are typically appointed in matters in which an attorney’s office is raided or a phone is seized in order to prevent the disclosure of privileged information to investigators. The Justice Department emphasized that Trump’s home does not fit into that traditional rubric. But Cannon noted that courts have discretion to appoint special masters to promote the appearance of fairness.

“True, special masters ordinarily arise in the more traditional setting of law firms and attorneys’ offices,” she wrote. “But the Court does not see why these concerns would not apply, at least to a considerable degree, to the office and home of a former president.”

She also cited the recent example of a special master ordered in the case of the conservative organization Project Veritas, whose leaders’ phones were seized as part of an ongoing investigation. In that case, Cannon noted, a special master was appointed even though the search did not directly involve an attorney.

Among the logistical issues Cannon left unresolved Monday was the question of whether the government will have to shoulder the bill for the special master, whether Trump must do so or whether they will split the cost.

Josh Gerstein contributed to this report.