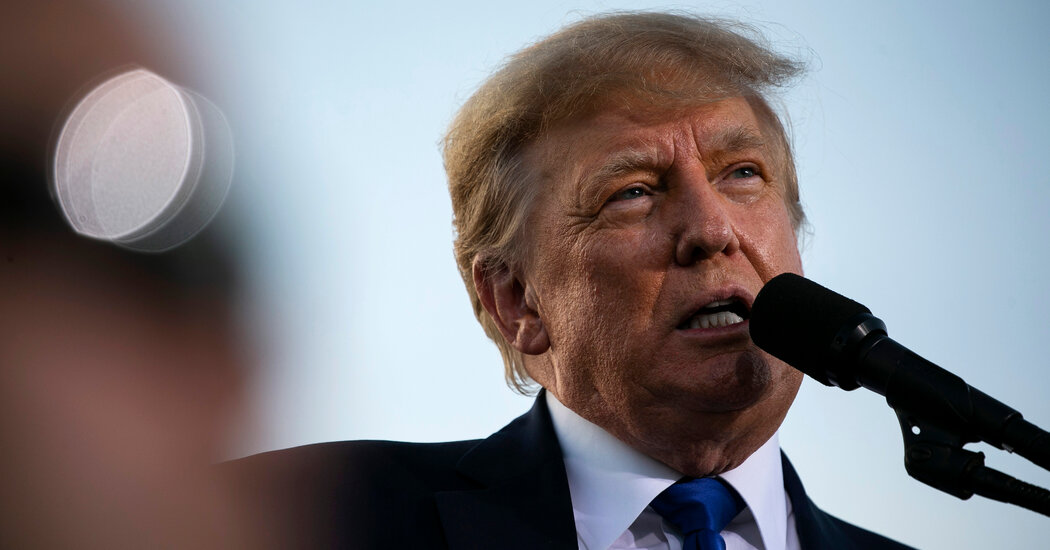 “It’s a lot of money,” Alina Habba, one of his lawyers, remarked at the hearing on Wednesday.

Along with paying the fine, Mr. Trump’s lawyers must file a number of new documents attesting to the specifics of the search and the company’s policy for storing his records.

Separately, the outside company reviewing Mr. Trump’s records, HaystackID, must complete its review of the documents. Mr. Trump’s lawyers said that about five boxes remain unsearched.

In addition to demanding records from Mr. Trump, Ms. James has also sought to question the former president and two of his adult children, Donald Trump Jr. and Ivanka Trump, under oath. (Her office interviewed another son, Eric Trump, in October 2020.)

Justice Engoron ordered that the Trumps sit for questioning, but they appealed that order.

Later on Wednesday, a lawyer representing the family argued the issue in front of an appellate court, along with lawyers from Ms. James’s office.

The Trumps’ lawyer, Alan S. Futerfas, faced fierce questioning from a panel of judges who appeared skeptical of the former president’s effort to avoid testifying under oath.

If Mr. Trump and his children are ordered to testify, they could invoke their constitutional right not to incriminate themselves, in order to avoid bolstering the Manhattan district attorney’s criminal investigation. Lawyers from Ms. James’s office are participating in that investigation.

The presiding justice, Rolando T. Acosta, suggested that exercising that right could be “the only remedy” available to the Trumps.

“You want us to somehow use the dual civil and criminal investigation to engage in some curtailment of power of the attorney general’s office,” he said. “We’re not empowered to do that.”