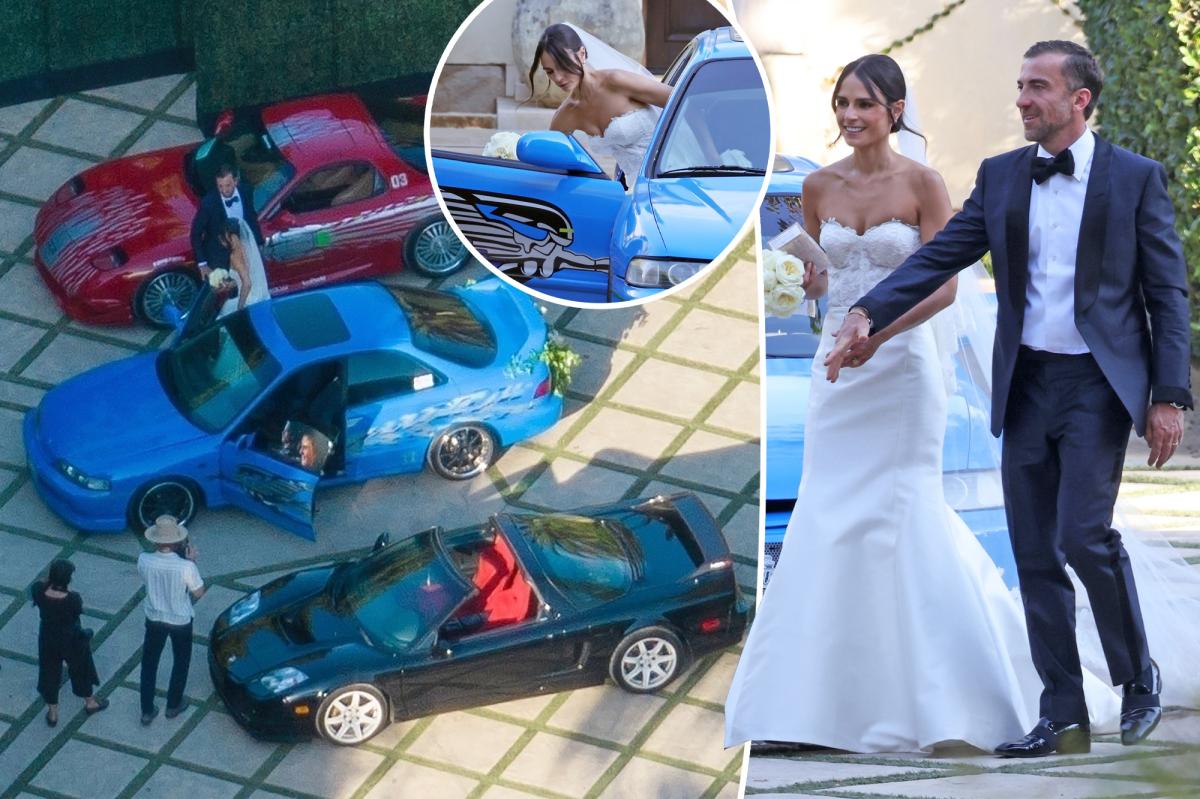 Mia Toretto is off the market.

“Fast & Furious” franchise star Jordana Brewster said “I do” to Mason Morfit in a stunning ceremony in Santa Barbara, Calif., on Saturday.

The blushing bride, 42, stunned in a strapless fishtail gown with a lace embroidered bodice and a satin train.

Brewster completed the bridal look with classic diamond earrings and her hair pulled back into an elegant updo.

She was also pictured carrying a bouquet of roses while wearing a long veil with a floral embroidered trim.

According to an eyewitness, Brewster’s on-screen brother, Vin Diesel, was in attendance but arrived late to the 5 p.m. ceremony.

We’re told that shortly after the nuptials took place, Brewster and Morfit hopped into the famous blue Acura Integra from the “Fast & Furious” franchise.

As fans may recall, the actress previously rode in the now-iconic sports car with her late co-star and on-screen husband, Paul Walker.

The wedding took place nearly one year after Brewster confirmed she said “yes” to Morfit’s proposal, following her split from her first husband, Andrew Form.

“❤️JB soon to be JBM❤️,” she captioned a selfie via Instagram at the time, of her and the tech CEO on the beach.

In September 2021, Page Six exclusively obtained photos of the actress wearing her sparkling diamond ring while out and about with Morfit, who is the CEO of investment firm ValueAct Capital.

The couple were first linked romantically in July 2020, with Brewster later revealing that she flew to see him mere days after filing for divorce from Form.

“Mason and I had met once, while we were both still married, four years ago,” she wrote in a Glamour essay last June.

“I took note of Mason; he was cute, charming. Shortly after that lunch, I started following him on Instagram.”

She continued, “I’m already planning my second wedding in my head. But I stop myself when I get that rushed, buzzy feeling.”