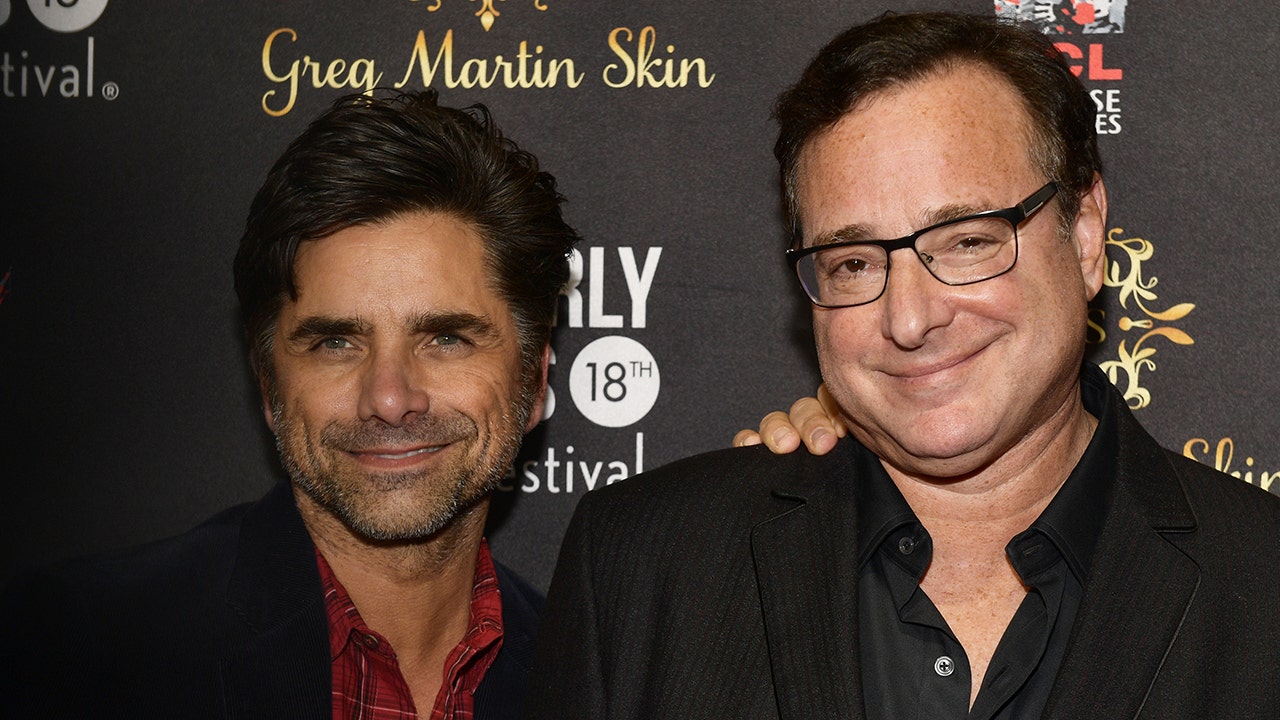 At the “Sixty Years of the Sounds of Summer” concert at the Greek Theatre in Los Angeles on Sunday, Stamos and The Beach Boys dedicated the song “Forever” to his former co-star as a video montage of Saget was displayed to the audience.

Last Friday, Stamos first previewed the Los Angeles concert, as he took to Instagram to post a video of himself playing the drums, with The Beach Boys singing “Kokomo” in the background.

Saget died on Jan. 9, 2022, at the age of 65. He was found unresponsive in an Orlando, Florida, hotel room.
(Michael Tran/FilmMagic)

The “Big Shot” actor also reposted a fan’s Instagram video, which highlighted the “Sixty Years of the Sounds of Summer” event.

In the video, it displayed clips of the concert on the jumbo screen and included Saget’s tribute, featuring scenes from “Full House.” The song “Wouldn’t It Be Nice” by The Beach Boys complemented the post.

The Orange County Sheriff’s Department confirmed Saget’s death on social media, saying it found no signs of foul play or drug use.

Since Saget’s passing, Stamos has paid tribute to his longtime friend multiple times, including in a Netflix special.

In the Netflix trailer, Stamos is seen reading his last text from his dear friend.

“I wanna read my last text from Bob,” Stamos said in the special. “He said, ‘I love you so much. I will say that God gave me the brother that I wanted.'”

Stephanie Giang-Paunon is an Entertainment Writer for Fox News Digital. Story tips can be sent to [email protected] and on Twitter: @SGiangPaunon.