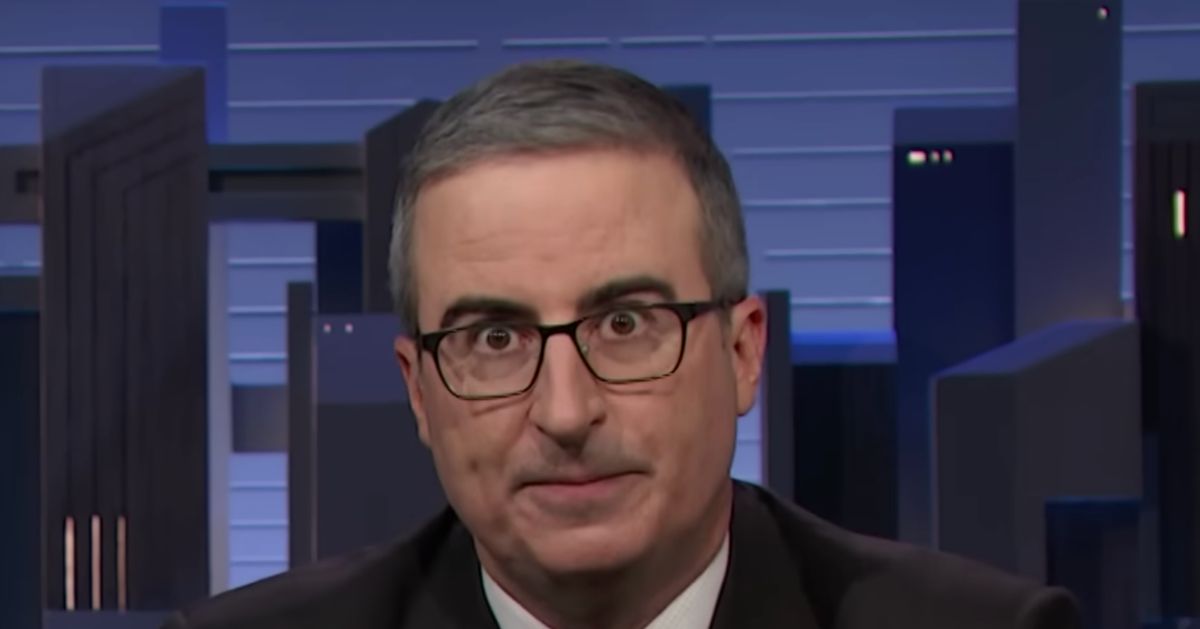 Trump’s former personal attorney suggested in a recent Newsmax interview that it was OK for Trump to have taken classified documents to the Florida resort, because: “If you look at the Espionage Act, it’s not really about taking the documents—it’s about destroying them, or hiding them, or giving them to the enemy. It’s not about taking them and putting them in a place that’s roughly as safe as they were in in the first place.”

Oliver had a couple of notes.

“Putting aside Rudy walking right up to the line of admitting on Trump’s behalf that he took those documents,” he said on “Last Week Tonight,” “if you’re comparing the security of two places, the two worst examples would be the White House and the Florida Resort where a failed ‘Bachelorette’ contestant actually claimed on Instagram: ‘I snooped around pretty dang freely, and the Secret Service wasn’t too worried about which room I went in.’

“Because it’s not exactly a secure storage facility if youth pastor Ryan Reynolds here can just wander around wherever the fuck he likes.”

After the FBI raided Trump’s home earlier this month in search of sensitive materials that may have been improperly taken and stored there, former “Bachelorette” contestant James McCoy Taylor, a vocal Trump supporter, tried to defend Trump on Instagram, claiming he had roamed around the facility without attracting much security attention while Trump was still president.

“I CERTAINLY didn’t get the sense that there were any rooms I wasn’t allowed in containing nuclear info! lol,” he wrote.