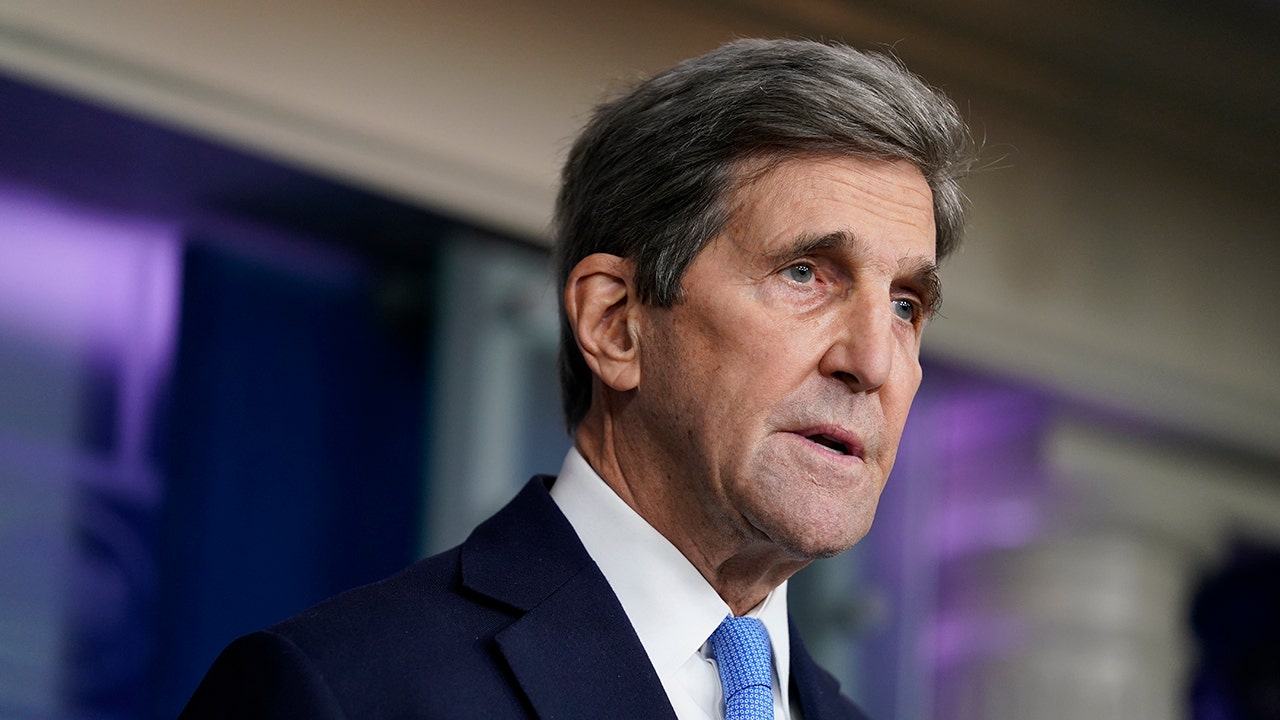 Senior officials in Special Presidential Envoy for Climate (SPEC) John Kerry’s office discussed holding a meeting to ensure budget discussions were kept off “paper,” according to internal emails obtained in a records  request and shared with Fox News Digital.

The SPEC office’s senior director for climate finance — whose name was redacted under the “personal privacy information” exemption — suggested to other officials in a March 9 email that a key briefing with Kerry should be held over the phone or in-person, according to documents that watchdog group Protect the Public’s Trust (PPT) shared with Fox News Digital. The briefing appeared to center around the office’s budget for fiscal year 2022 and 2023.

“I would also suggest a call or meeting soon with jk to update him on FY22 and 23, focusing on all the elements we can’t put on paper,” the unnamed official told other staffers in the March 9 email.

The subject of the email was titled “updated memo for JK on FY23 budget settlement.” The names and email addresses of all the individuals the email was addressed to and who were copied on the correspondence were redacted.

The email appeared to come in response to a discussion among senior SPEC officials about certain line items in the office’s budget. A previous message dated March 4 in the same email thread noted the White House National Security Council (NSC) intervened at one point to modify the budget.

“It turns out NSC just shared with us today some late-breaking changes on a couple of the FY23 climate numbers,” an unnamed SPEC official wrote to other unnamed officials on March 4.

“Looking at the State Department’s response to this request, the American public would be hard-pressed to believe it is part of the most transparent and most ethical administration in history, as the Biden Administration continually claims,” PPT Director Michael Chamberlain told FOX News Digital.

“When an official says they will have a discussion with John Kerry focusing on ‘all the elements we can’t put on paper,’ what other interpretation could a reasonable person have than that they are attempting to sidestep federal records and transparency laws? The actions in this case appear to reveal the administration’s claims of ethics and transparency to be merely lip-service,” he continued.

PPT obtained the emails after suing the State Department over their public records request.

Kerry’s office, which is housed within the Secretary of State Antony Blinken’s office, has been notably more tight-lipped about its inner workings and staff than other federal agencies.

Shortly after President Biden announced the creation of the SPEC office and the appointment of Kerry, the State Department first requested an annual budget of $11.5 million for the office. That number has climbed to at least $13.9 million and the office has gained approval for 45 personnel, most of whom are unknown.

“The stakes on climate change just simply couldn’t be any higher than they are right now,” Kerry remarked during a press briefing in January 2021. “It is existential.”

“We use that word too easily, and we throw it away,” he continued. “But we have a big agenda in front of us on a global basis, and President Biden is deeply committed.”

Since then, Kerry has traveled across the world to take part in climate negotiations with foreign counterparts. He led the U.S. delegation at the United Nations COP26 climate summit in November 2021.

Thomas Catenacci is a politics writer at Fox News Digital