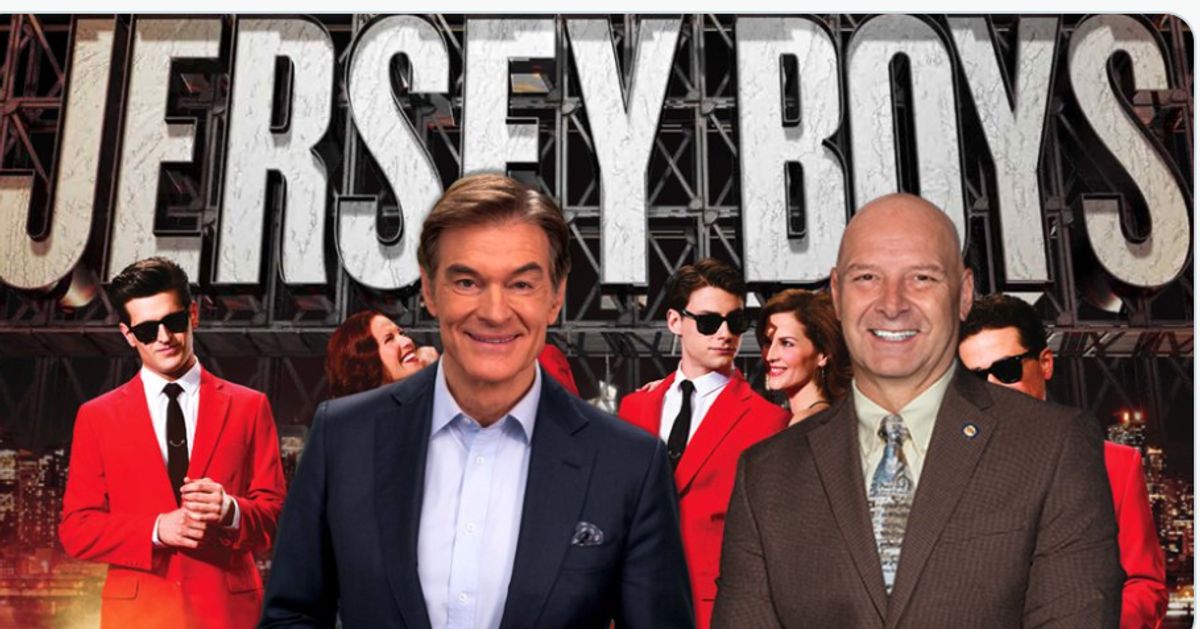 Pennsylvania Lt. Gov. John Fetterman (D) is mocking Republican “Jersey Boys” Mehmet Oz and Doug Mastriano with a stinging new meme, accusing them of setting up camp in his state just to try to snag a political position.

Fetterman, who’s running against Republican Oz for the U.S. Senate, again raised his repeated attack that Oz — and now Mastriano — are “carpet baggers” who know little about the Pennsylvanians they hope to represent.

His latest dig, a fake scene from the “Jersey Boys” musical posted on Twitter Thursday, was triggered by a report in the New Jersey Globe earlier this week that hard-right Pennsylvania gubernatorial candidate Mastriano has been registered to vote in New Jersey for 28 years. New Jersey election officials changed his status to inactive just last year, noted the Globe.

Oz also lived and voted in New Jersey until 2021. He bought a home in New Jersey in 2020 — though still maintains his Jersey mansion in Cliffside Park, along with other homes. The former TV personality is still on New Jersey’s voter rolls and could legally vote in his “home state” in November if he chose to not vote in Pennsylvania, the Globe reported.

The newspaper referred to New Jersey as an “incubator” for Republican candidates seeking to win races out of state.

Fetterman also posted a video of several clips of Oz declaring his New Jersey residency in the past.

In one of his most successful attacks underscoring the difference between Oz and the typical Pennsylvanian, Fetterman recently railed at a video Oz made moaning about the high cost of “crudité” in a city that prefers Philly cheesesteaks. As he shopped on the video, Oz also got the name of the popular Pennsylvania grocery store Redner’s wrong.

Fetterman was sidelined from the campaign for three months as he recovered from a stoke in May, just before the primary. But he has played a savvy internet game, reaching fellow Pennsylvanians who apparently don’t appreciate out-of-staters honing in on their turf.

There was no immediate response to the latest Fetterman attack from Oz or Mastriano.