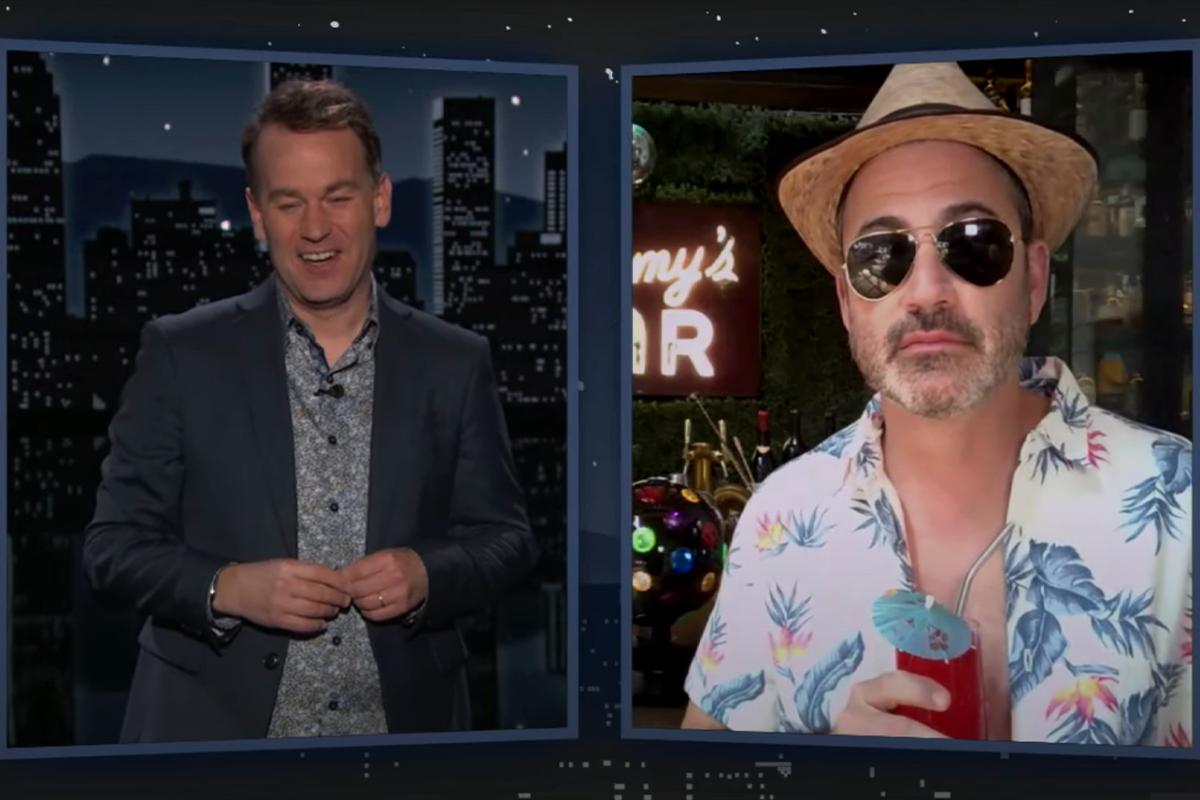 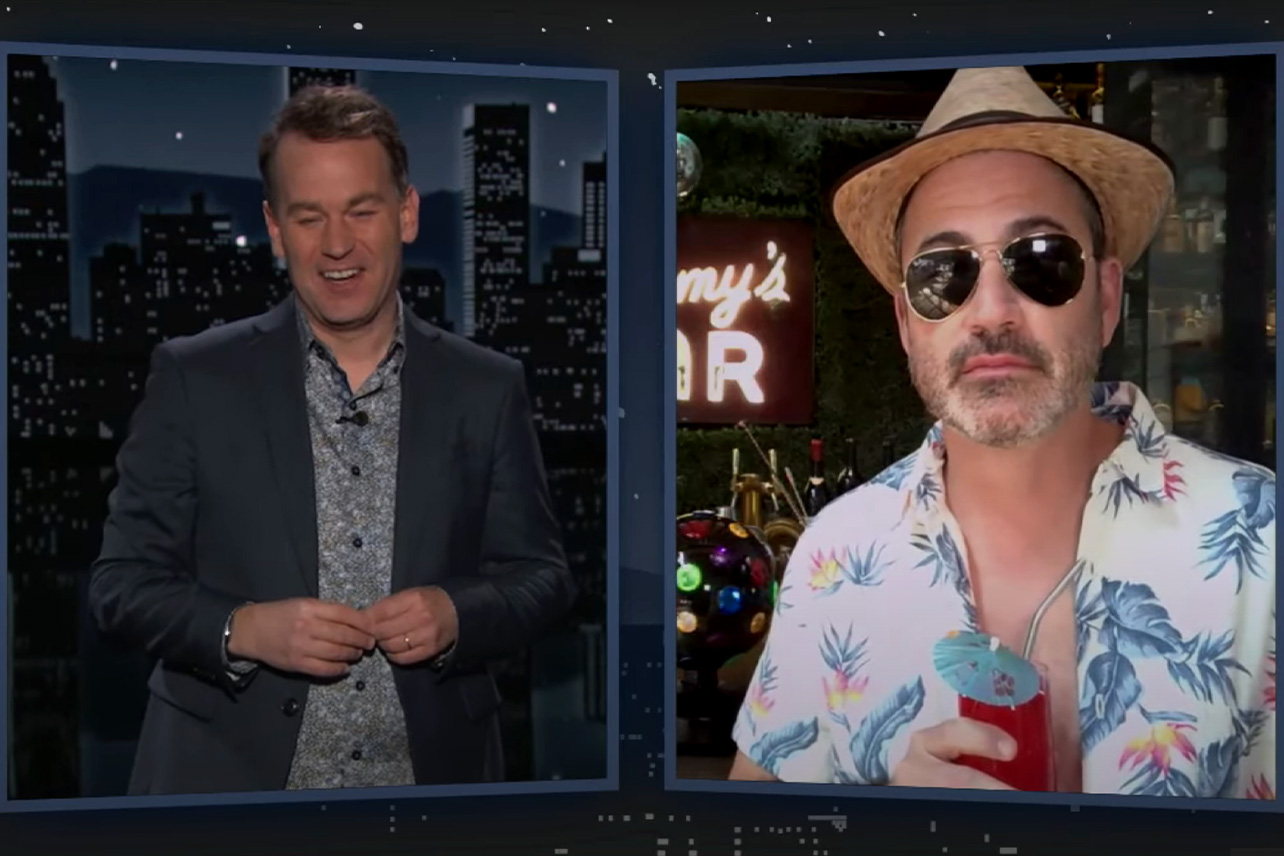 Forget hot tea and mid-day naps — if you’re Jimmy Kimmel, COVID-19 quarantine is all about the party, baby! The late night host announced Monday that he had contracted the virus from his daughter and would be temporarily replaced by comic Mike Birbiglia, who filled in for him on Jimmy Kimmel Live Tuesday (May 3).

While Kimmel was out with COVID, he wasn’t too sick to call into his show and chat with Birbiglia, who was left wondering, was Kimmel even sick at all? During his monologue, Birbiglia told the audience, “We should just check in with Jimmy to see how he’s doing,” before pulling up a video call with Kimmel, who appeared to be doing just fine.

The late night host called into his show wearing two pairs of sunglasses, a straw hat and a Hawaiian shirt. He clutched a cocktail in one hand while calling in from his very own “Jimmy’s Bar,” which featured multiple bottles of liquor and a disco ball, plus a thumping beat playing the background.

“Jimmy! You gotta turn the music off,” Birbiglia said, as Kimmel greeted him with, “Oh, hey man. What’s up?,” while taking off one pair of aviators to reveal a duplicate underneath and explaining, “‘Cause of the COVID, the doctor told me to wear two pairs.”

Birbiglia pointed out, “It just seems like you’re sort of just having a vacation,” before asking Kimmel, “Are you sure you have COVID?”

Kimmel replied, “Oh no, this is not a vacation at all. Just I was told to kind of relax and you know, stay at home,” while his wife, Molly McNeary, appeared in the background, where she shook up a cocktail for herself.

“Hey Molly!” Birbiglia said. But as he added, “Molly, I thought you were sick,” she quickly slipped below the bar to hide. When Birbiglia told Kimmel that his wife was just behind him mixing up a drink, Kimmel insisted, “No, Molly is upstairs in bed. She’s very ill.”

“Alright, well…Molly’s grabbing the vodka behind you,” Birbiglia told the host as McNeary briefly popped up to grasp a bottle on the bar before disappearing once more.

Just as Birbiglia was about to earnestly thank Kimmel for tapping him to guest host, he was interrupted by a doorbell ringing in Kimmel’s home. “My masseuse is here,” Kimmel explained. “I just have to run and grab the door.”

As a panicked Birbiglia urged him, “Don’t do that! No, no, you have COVID!” Kimmel brushed off his worries: “Well yeah, but he doesn’t yet, so I gotta go grab that. I’ll be right back,” he said, disappearing from the frame and ending the call to return to his “quarantine.”