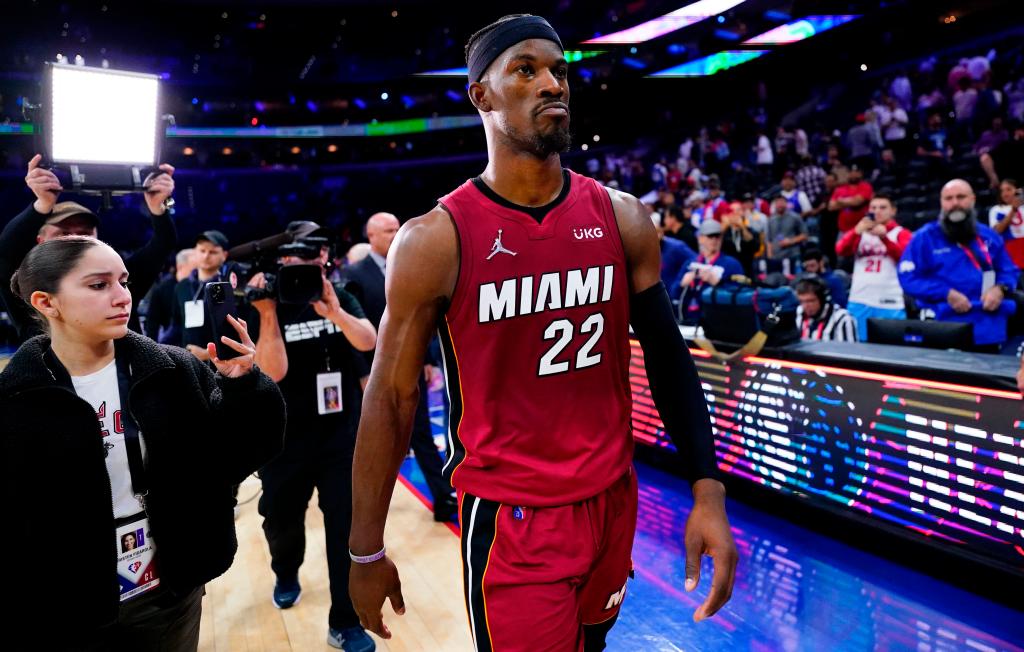 This was a sweet win for Jimmy Butler, and he didn’t try to hide how happy he was to be his former team.

“Tobias Harris over me. Tobias Harris over me,” Butler crowed as he headed to the locker room after scoring 32 points to lead the Miami Heat to the Eastern Conference finals, thanks to a 99-90 series-clinching win over the 76ers in Game 6 on Thursday night in Philadelphia.

Butler was traded to the 76ers from the Minnesota Timberwolves midway through the 2018-19 season, but Philadelphia decided to part ways with the star guard at the end of that season while choosing to build around Ben Simmons and Joel Embiid.

The 76ers also chose to give Tobias Harris, whom they also traded for in the middle of the 2019 season, a five-year, $180 million deal. Harris scored 14 points and eight rebounds in the loss.

“I still don’t know how we let him go,” Embiid said. “I wish I could have gone to battle with him still.”

The Sixers parted with Butler in large part because they chose Simmons as the cornerstone ball handler. Simmons was unhappy and forced a trade this season to the Brooklyn Nets for James Harden.

Harden, a three-time scoring champion, was supposed to shoulder the load with Embiid for a potent postseason push. Harden instead all but disappeared in the playoffs. He had a fantastic Game 4 at home against Miami but otherwise was a turnover machine.

“Now I’m where I belong,” said Butler, who also led the Heat to the NBA Finals a couple of years ago where they lost to the Lakers in six games. “Guess where I should have been a long time ago.”