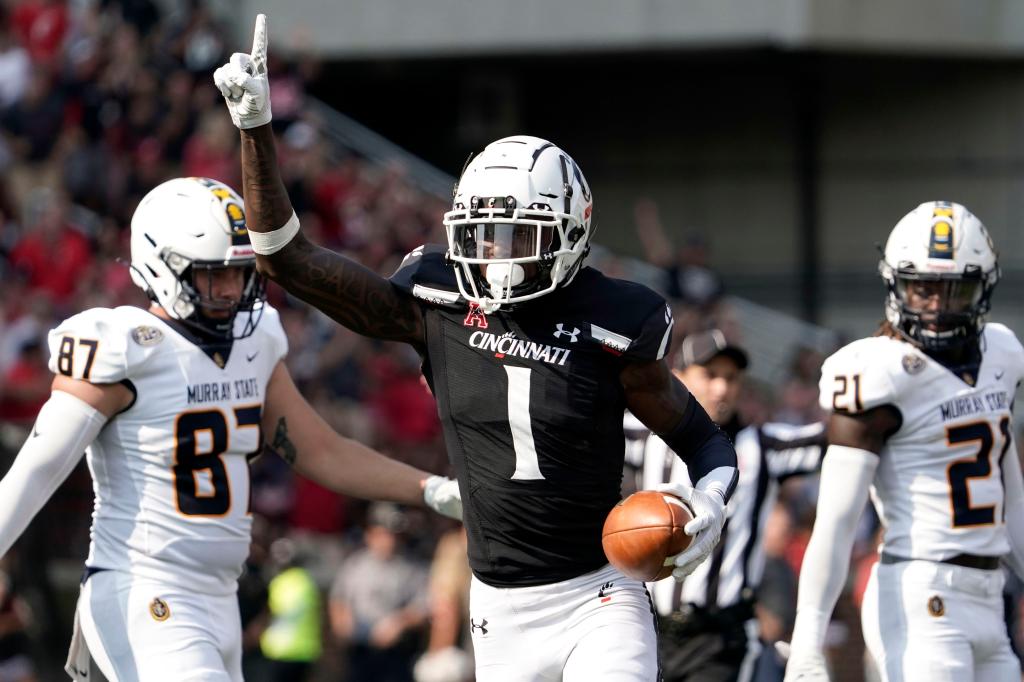 The Jets used the fourth pick in the 2022 NFL Draft to give their defense a boost.

After a season in which the team finished dead last in both total yardage and points against on defense, GM Joe Douglas added Cincinnati cornerback Ahmad “Sauce” Gardner with his first pick in the draft. The Jets will also pick 10th overall, barring a trade, with a pick acquired from the Seahawks.

Gardner, a native of Detroit, is the top defensive back on most draft boards. He was a two-time All-American with the Bearcats, helping Cincinnati to a College Football Playoff berth in 2021.

Get the latest updates on every New York Jets pick in the 2022 NFL Draft, plus hometown analysis from the New York Post.

He finished last season with 40 tackles, 4.5 tackles for loss, three sacks and three interceptions. Gardner ran a 4.41-second 40-yard dash at the combine, and has the length and size (6-foot-3, 190 pounds) to be an effective NFL corner.

The Jets have question marks across their defense, which struggled despite Robert Saleh’s pedigree in his first year as head coach. Next season, he will have more to work with talent-wise — starting with Gardner.

For Douglas, who may have whiffed in taking Mekhi Becton 11th overall in 2020, this is a vital pick to get right. The jury is still out on Zach Wilson, who the Jets hope will be a franchise quarterback, and there was a school of thought that the Jets would try to help Wilson out with an offensive linemen or receiver with this pick.

They can still do that at 10, but Douglas eschewed the offense for now, choosing instead to go with Gardner, one of the surest things left on the board.