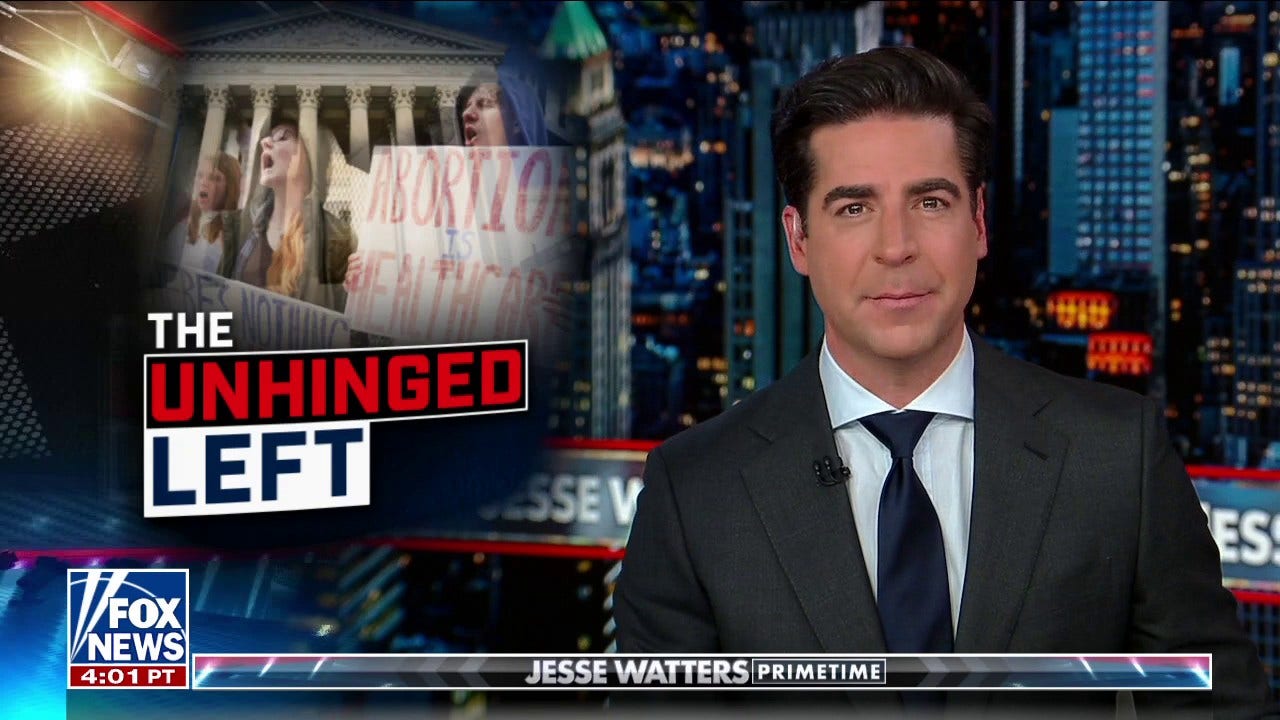 JESSE WATTERS: [The protest] was enough to force Justice Alito and his entire family into hiding. They’ve moved now to an undisclosed location. An angry left-wing mob has forced a Supreme Court justice into hiding. Let that sink in. If men wearing MAGA hats forced Justice Sotomayor into hiding, how do you think that would go down?

And this was just a warning shot: We know where you live. Do what we say or else.

We know what the pro-abortion protesters are capable of. In Wisconsin, some lunatic firebombed a pro-life group’s headquarters. They actually threw a Molotov cocktail through the window. And if that message wasn’t clear enough, they used spray paint to spell it out. ‘If abortions aren’t safe, then you aren’t either.’

Planned Parenthood calls abortion sacred. Now, when something is sacred, it takes on a religious connotation. This is a religious war for the left. So anything goes. The ends justify the means … The White House did nothing to stop this. Last week, they refused to condemn protesting at homes, and they gave this weekend’s protest license. Now, after the backlash, they’ve released a weak statement saying President Biden strongly condemns this attack and political violence of any stripe. Now, to give that a little context, it took less than 24 hours for Joe Biden to condemn Jussie Smollett, a fake lynching.

… But at least they’re not condoning this action, which is more than we can say about Nancy Pelosi … [who]  released a statement this morning saying[,] … “We have been moved by how so many have channeled their righteous anger into meaningful action.” … Letting threats of violence slide is nothing new for Nancy. During the summer of 2020, when rioters were hell-bent on tearing down our history and desecrating statues of our founders, Pelosi was covering for them.