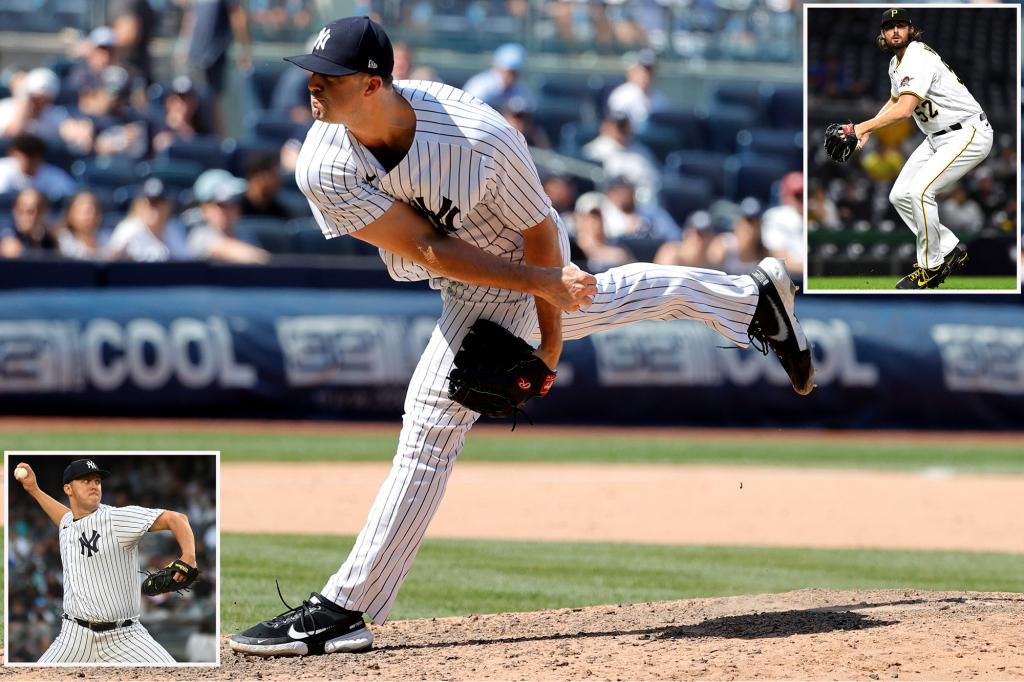 The last time Jameson Taillon pitched at PNC Park, in 2019, he knew in the back of his mind that something wasn’t right physically.

One start later would be his last in a Pirates uniform, and three months after that, he underwent a second Tommy John surgery.

For Clay Holmes, his last appearance in Pittsburgh came on July 18 of last season, when he trimmed his ERA to 4.31. Eight days later, the Pirates traded the middle reliever to a team whose fan base had hardly heard of him.

On Tuesday, both Taillon and Holmes will return to PNC Park as Yankees, playing key roles — the former a healthy cog in one of MLB’s top rotations and the latter having emerged as a likely All-Star closer – on the team with the best record in baseball.

“I feel like I’ve been blessed with a whole new life in baseball,” Taillon, who will start on Tuesday, said before the Yankees spent Monday’s day off in Pittsburgh. “There was a point where I really didn’t know if I’d ever be on a big league mound again. So every day is definitely a blessing.

“I think back to 2019, we were coming off of a winning season in 2018 (82-79), future’s looking pretty bright. I get hurt, Chris Archer gets hurt, some guys took a step back and then they tore the whole organization down. So from that regard, I don’t know if I’d call it regrets, but it’s a little sad that our group never got to accomplish more together. That’s something I think about going back.”

Holmes, the Pirates’ ninth-round pick in 2011 who rehabbed from Tommy John surgery together with Taillon (his first time) in 2014, has elevated his career in pinstripes. After posting a 5.57 ERA across parts of four seasons in Pittsburgh, Holmes has registered a 0.97 ERA in parts of two seasons with the Yankees, including a 0.49 ERA this year while becoming their lockdown closer.

“What makes it nice to go back is the memories,” said Holmes, who never recorded a save in 152 games as a Pirate. “Obviously it’s nice to be doing well and wish that things may have been better there in Pittsburgh. But it’s still going to be cool going back and seeing familiar places and faces.”

Gerrit Cole will also be making his first trip back to Pittsburgh since getting traded to the Astros in 2018. But the former Pirates ace is not scheduled to start during the two-game series.

Manager Aaron Boone said there are always questions about how changes of scenery will work out for players. In Taillon and Holmes’ case, they were going from a small-market team that had done a fair amount of losing to a big-market team where winning was always the top priority.

“We have different challenges and things that go along with being a Yankee, and certainly those are two guys that have absolutely thrived in this environment,” Boone said.

Taillon, who planned to throw at PNC Park on Monday to get his feet wet at the stadium again, was looking forward to seeing the Pirates’ coaching staff and the few players left that he once shared a clubhouse with.

“I never actually played for him, but Shelty I’ll be excited to see,” Taillon said of manager Derek Shelton, who took over in 2020. “He had a pretty big role in my rehab from the second TJ. He gave me a lot of hope. He was just very invested in me, even when he knew I wasn’t going to be playing for him, that year at least. Pitching coach Oscar [Marin], bullpen coach Justin Meccage, those two guys poured into me during my rehab.”