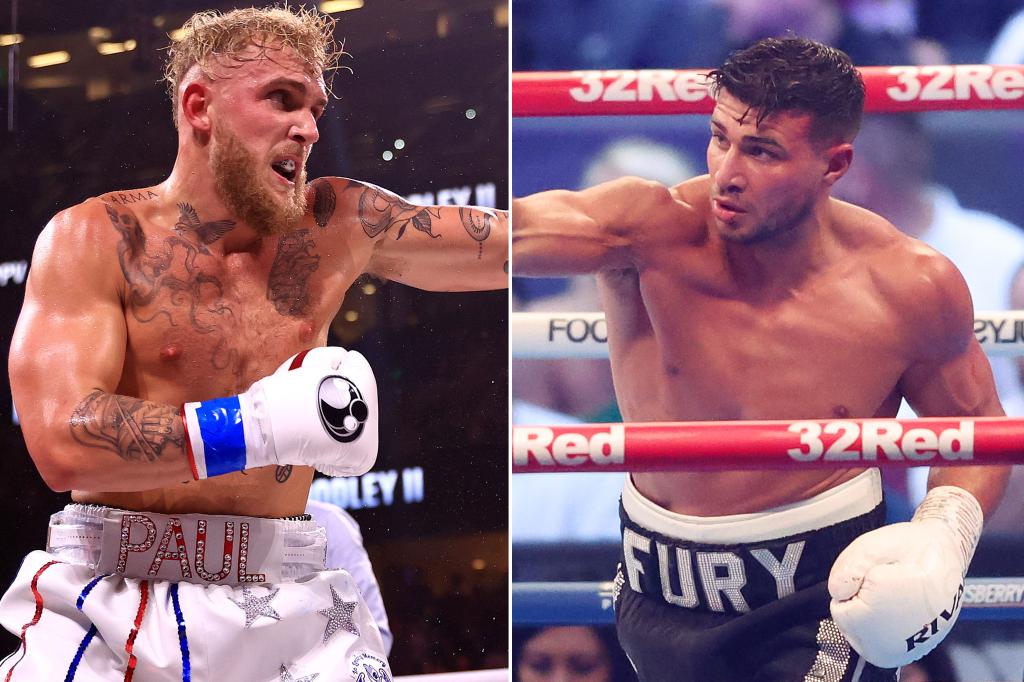 The show must go on.

Jake Paul has reportedly found a new opponent to face at Madison Square Garden on Aug. 6, after Tommy Fury was denied entry into the U.S. last week.

Paul, 25, is finalizing a deal to face Hasim Rahman Jr., according to Sports Illustrated.

“Fury has received a termination notice,” Paul tweeted. “MVP [Most Valuable Productions] did everything it could 2 help him & team. He wasn’t interested & he literally went into hiding. 2nd time in a row he has pulled out. 2nd time in a row I’m going to step up & take on a new opponent on short notice. AUG 6. MSG. tmw.”

Paul went on to troll Fury, writing in a separate tweet, “#TommyFumbles. $2K to someone who retweets this.”

Paul and Fury initially worked out a $1 million purse for the fight. It is unclear if that number will be renegotiated if Rahman takes Fury’s place on the card.

Paul — who is 5-0 with four knockouts in his professional fight career — began training in March after taking time away from boxing to promote Amanda Serrano full-time.

The YouTuber-turned-boxer added Serrano to his Most Valuable Promotions and BAVAFA Sports rosters last September, and has become an advocate for women’s boxing.

Paul last fought in December, beating Tyron Woodley in a sixth-round stoppage, which marked his second consecutive win against the former UFC champion.

Rahman suffered his first professional loss in April, when James McKenzie Morrison knocked him out.

“I think this will be the craziest knockout that I’ll have, like my power is increasing so much in this offseason,” Paul told The Post in May about his next fight. “My goal is to knock someone through the ropes and have them fall through the ropes onto the ground.”

As for Fury, the 23-year-old light heavyweight and former “Love Island” star said he did not know why the airport denied him from boarding a plane to the United States.

Fury (8-0) was attempting to travel to New York for a June 29 press conference for his fight with Paul, when he was denied entry to the U.S. from England by Homeland Security officers who stopped him at Heathrow Airport.

“And as soon as I entered the airport I got pulled to one side and I was told by the Homeland Security officer that was there that my ESTA had been denied and I wasn’t able to travel to the USA for a reason that I apparently know,” Fury said in a video posted on his Instagram story at the time. “I can stand here and I say I’ve done absolutely nothing wrong and I have no clue why I’m not allowed to travel to the USA.”

Fury and Paul were originally scheduled to fight in December, but Fury withdrew due to an illness and injury. Paul has since accused Fury of not wanting the fight and being scared of him.

“Despite many assurances by Tommy Fury’s team that he was able to come to the U.S., and knowing that Tommy was in California just last month, we were surprised to learn that he had an issue at Heathrow Airport on Monday,” Paul’s Most Valuable Promotions said in a statement.

“As a result of circumstances out of our control, the scheduled press conference for Wednesday at MSG has been postponed. We are working with our partners at SHOWTIME and Madison Square Garden and will share more information as soon as we are able.”