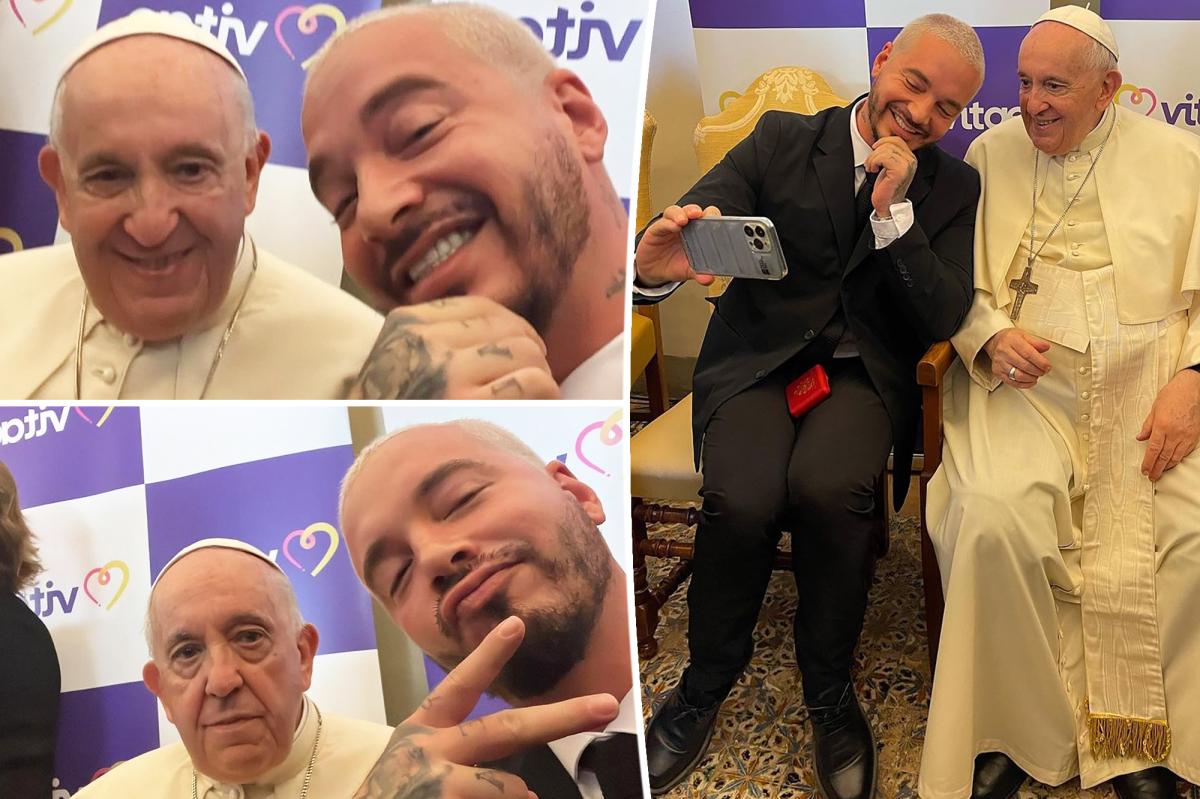 J Balvin is giving us all a much-needed break from Bennifer’s wedding, Leo’s breakup and the latest Kardashian Photoshop fail with some pretty immaculate selfies featuring Pope Francis.

The “Mi Gente” hitmaker, 37, took full advantage of a photo opp we didn’t know we needed on Thursday at the Vatican’s Vitae Foundation Summit, where he and various other international artists gathered to discuss ways to elevate society and culture through art.

Evidently, Balvin feels that the elevation process begins with an impromptu photo shoot with the Catholic Church’s Supreme Pontiff, 85, and we are having a hard time disagreeing.

Photographers at the event captured the Colombian musician (whose real name is José Álvaro Osorio Balvín) making himself right at home on an empty seat next to Francis, where he proceeded to whip out his iPhone to document the divine interaction.

Dressed to the nines in a sleek black suit, Balvin gleefully leaned into the religious pillar, who opted for his usual all-white papal regalia, and fumbled his way through opening up his device’s front-facing camera.

The momentary besties both flashed major smiles as the “I Like It” collaborator snapped away. At one point, Balvin changed things up and gave the camera a mean mug, prompting Francis to follow suit adorably.

After the brief encounter, the singer shook the Argentina native’s hand and said a few words not audible in the video featured in the former’s Instagram carousel of the exchange.

In his caption, Balvin boasted about their “Latino Gang” and added (in Spanish), “Always on HIGH VIBRATION, LOVE AND TOLERANCE.”

Also during the event, the father of one, who welcomed daughter Rio with longtime girlfriend Valentina Ferrer in June 2021, stood at a podium — where he was flanked by Luis Quinelli, the foundation’s president, and Alejandro Roemmers, Argentinian writer and producer — and answered reporters’ questions.

OUR question, however, is what did Balvin say to Francis?!