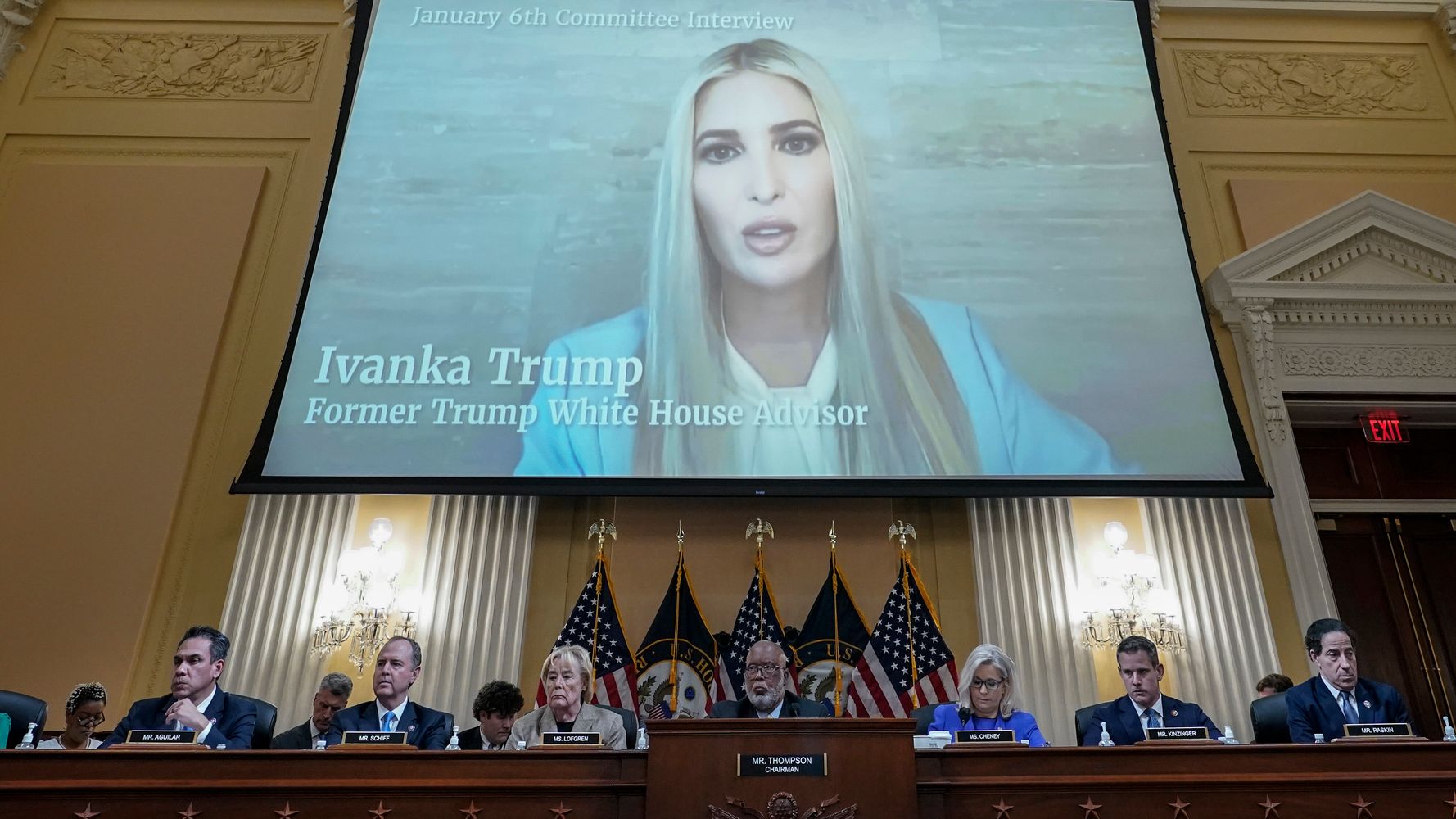 Ivanka Trump continued to support her father even after she knew he was lying about the 2020 presidential election being “rigged,” former White House press secretary Stephanie Grisham complained Friday.

Barr’s conclusion on Dec. 1, 2020, that there was no evidence of any widespread election fraud “affected my perspective,” Trump’s oldest daughter, who had been a White House senior adviser, said in a video snippet of her testimony played at the hearing. “I respect Attorney General Barr, so I accepted what he was saying,” she said.

Yet she never publicly contradicted her father, did “little to try to temper his false claims” and continued to travel with him while he relentlessly repeated the lies that had bolstered the Capitol rioters, The New York Times noted Thursday.

It’s all “well and good that she said that she believed Bill Barr, but … she was still traveling with her father while he pushed this big lie,” Grisham complained Friday on CNN.

“If she was truly that impacted by Bill Barr, which she should have been — and I don’t know what kind of conversations she was having privately with her father — but perhaps she could have done a little bit more and not stood by his side while he publicly pushed the big lie,” Grisham added.

Ivanka Trump told her colleagues to “fight” on election night even when it was clear her father was losing, the Times reported. She held on to her White House position until the very end of her father’s term.

Donald Trump dismissed his daughter’s comments on Truth Social on Friday, saying that she didn’t know what she was talking about and was “checked out.”

“Ivanka Trump was not involved in looking at, or studying, Election results,” Trump messaged. “She had long since checked out and was, in my opinion, only trying to be respectful to Bill Barr and his position as Attorney General (he sucked!).”