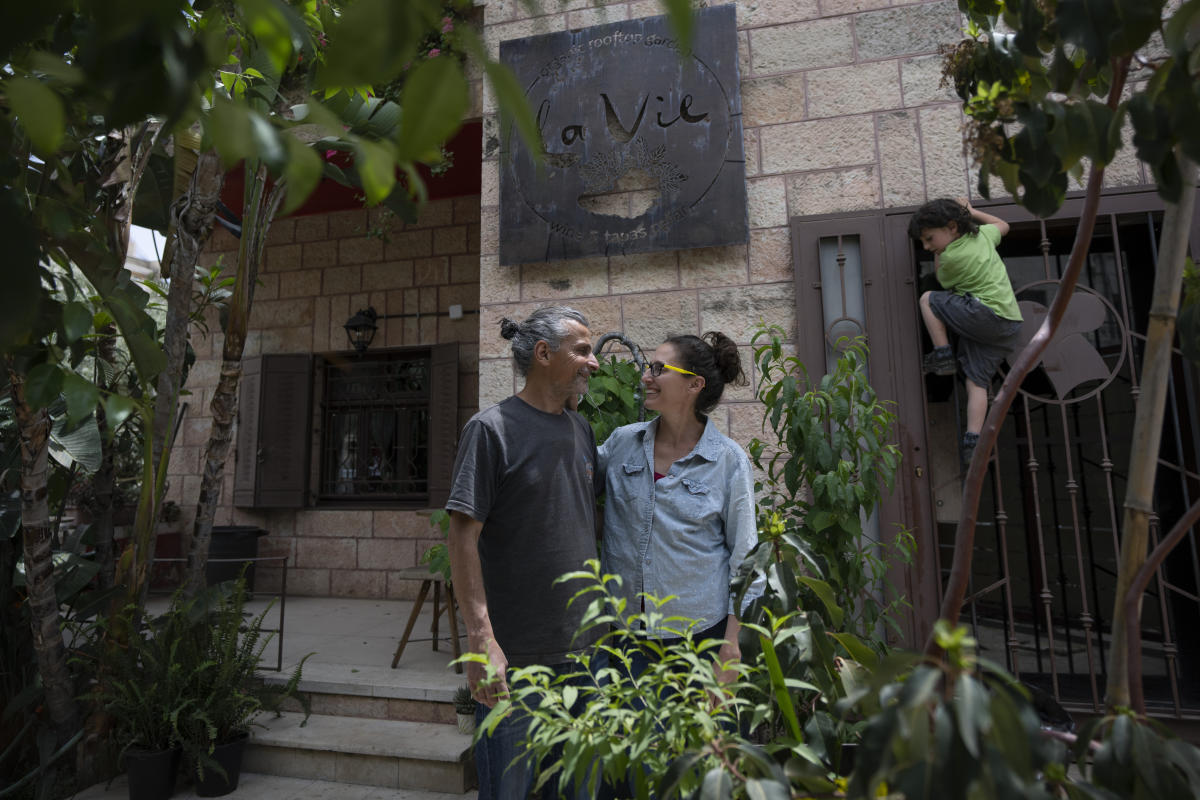 JERUSALEM (AP) — An Israeli military body on Sunday released a list of rules and restriction for foreigners wanting to enter Palestinian areas of the West Bank, extending its control of daily life and movement in and out of the occupied territory.

COGAT, the Israeli body in charge of Palestinian civilian affairs, stepped back from a number of controversial restrictions that had appeared in a draft of the rules published earlier this year, such as a requirement that people who form romantic relationships with local Palestinians register with Israeli authorities.

But many of the changes in the 90-page document appeared to be largely cosmetic. The U.S. ambassador expressed concern over the rules, and critics said they merely entrenched Israel’s 55-year control over the Palestinian population in the territory.

“The Israeli military is proposing new restrictions in order to isolate Palestinian society from the outside world and keep Palestinian families from living together,” said Jessica Montell, executive director of HaMoked, an Israeli human rights group that has challenged the rules in court.

“In response to criticism they have removed the most outrageous elements. Yet they are keeping the basic structure of this very invasive and harmful procedure in place,” she added. The rules are set to go into effect on Oct. 20.

The wide-ranging policy imposes rules on foreigners who marry Palestinians or who come to the West Bank to work, volunteer, study or teach. The rules do not apply to people visiting Israel or the more than 130 Jewish settlements scattered across the West Bank.

Israel captured the West Bank, along with east Jerusalem and the Gaza Strip, in the 1967 Mideast war — territories Palestinians seek for an independent state.

The initial draft included a requirement that a foreigner who forms a serious romantic relationship with a local Palestinian notify the Israeli military within 30 days of the “start of the relationship,” defined as an engagement, wedding or moving in together.

The 30-day notice was removed from Sunday’s rules. But it nonetheless says that if a foreigner starts a relationship with a Palestinian, “the appointed COGAT official must be informed as part of their request to renew or extend the existing visa.”

The new rules also dropped earlier limits on the number of foreign students and teachers allowed to study or work in the West Bank. The amount of time they can stay in the territory was also lengthened.

Yet COGAT continues to hold great discretion over who is allowed in. It must approve the academic credentials of a university lecturer invited by a Palestinian institution, and holds the right to screen potential students if there is “suspicion of misuse” of a visa.

Tough restrictions on foreign spouses of Palestinians also remain in place. Spouses are only entitled to short-term visits and can be required to deposit up to 70,000 shekels (about $20,000) to guarantee they will leave the territory.

The new rules offer some potential relief for foreign spouses, including a longer-term visa of 27 months that can be renewed and include multiple visits in and out of the territory. It also drops a previous “cooling off” period that required spouses to leave for lengthy periods between visas.

But these new and improved visas require an application through the Palestinian Authority to Israel — a process that is uncertain and notoriously opaque, Montell said. The document says a final decision also is subject to approval by Israel’s “political echelon.”

U.S. Ambassador Tom Nides expressed disappointment with the rules, and said he had “aggressively engaged” with Israel on the draft and would continue to do so ahead of the rules’ formal implementation.

“I continue to have concerns with the published protocols, particularly regarding COGAT’s role in determining whether individuals invited by Palestinian academic institutions are qualified to enter the West Bank, and the potential negative impact on family unity,” he said. “I fully expect the Government of Israel to make necessary adjustments” during a two-year pilot program to ensure “fair and equal treatment of all U.S. citizens and other foreign nationals traveling to the West Bank.”

Israel hopes to reach a visa-waiver program with the United States, which has long resisted the move in part because Israel treats Palestinian-Americans differently than other U.S. citizens.

The European Union, which sends hundreds of students and professors on academic exchanges to the West Bank each year, did not immediately comment on the Israeli announcement.

COGAT officials declined further comment, while the Palestinian Authority had no immediate reaction. Montell said her group would continue its legal challenges.