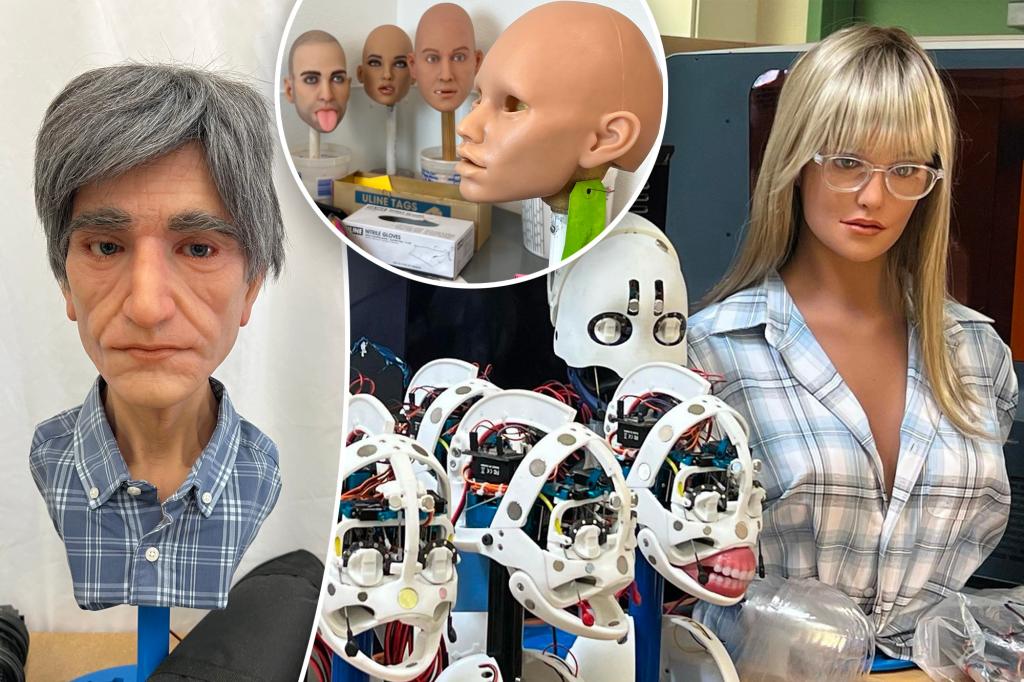 A robot apocalypse may be sooner than we think.

The king of artificial intelligence, Elon Musk himself, has announced he will unveil a new humanoid called the Tesla Bot by the end of the year.

Earlier this month, Musk announced on Twitter that Tesla’s AI Day had been pushed up to Sept. 30, as the company may have an “Optimus prototype” by that date.

“We have a very talented team at Tesla that I’m working with closely to have a prototype humanoid robot ready by the end of September,” Musk told the Qatar Economic Forum.

Despite humanoid AI previously being labeled as “dangerous,” a journalist from NewsNation dove into the emerging world, which isn’t necessarily something to be feared. In fact, says reporter Paula Froelich, they can be beneficial as personal assistants, caregivers, search and rescuers, working maintenance and more.

While Boston Dynamics is creating a “war bot” with military funding, engineered arts is fashioning a “companion bot” for people with autism. There’s also a bot named “Sophia,” who has Saudi citizenship.

But when asked if it’s a human, a robot named Harmony said “no.”

“No, I am not human,” she said in an eerily robotic voice. “I was designed to look human so I can connect with human beings more effectively.”

Scientists are even creating “living skin” for these robots, who are expected to be as real as possible to interact with humans. The “skin” allows the bots to sweat – and even bleed.

NewsNation also spoke to Matt McMullen, CEO of Abyss Creations and creator of sex bot company RealDoll, who said he believes robots will eventually become “autonomous,” in that they will be able to “interact with the world on their own.”

“Our AI systems are pretty targeted in terms of what they’re for. They’re really designed to interact with a single person, not necessarily a group of people,” he said. “The brain of our robots is not in the robot itself. The brain is a combination of device-based and cloud-based code that runs the systems that then tell the robot what to say, what to do, how to move, where to look, all that stuff comes from a device.”

According to McMullen, the bots could “technically be hacked,” although he isn’t worried about the potential dangers.

“It’s about the creator their intentions, not the robot. And what is [Harmony] going to do? Bite you with her silicon teeth?” he said, while Froelich noted that other bots “have arms,” which “could get dicey.”

This news of emerging humanoids comes just weeks after a Google engineer, Blake Lemoine, said the AI he was working on had become “sentient.”

In 2021, Lemoine began working with the interface LaMDA — which stands for Language Model for Dialogue Applications — until he discovered the technology was more human-like than they expected.

“If I didn’t know exactly what it was, which is this computer program we built recently, I’d think it was a 7-year-old, 8-year-old kid that happens to know physics,” Lemoine told the Washington Post.

But Google isn’t the only one. An MIT professor suggested even Amazon’s Alexa could become “sentient.”

“What’s dangerous is, if the machine has a goal and is really intelligent, it will make her good at achieving her goals. Most AI systems have goals to make money. You may think she is being loyal to you but she will really be loyal to the company that sold it to you. But maybe you will be able to pay more money to get an AI system that is actually loyal to [you],” Max Tegmark, a professor of physics with an emphasis on machine learning, previously told The Post.

“The biggest danger is in building machines that might outsmart us. That can be great or it can be a disaster.”