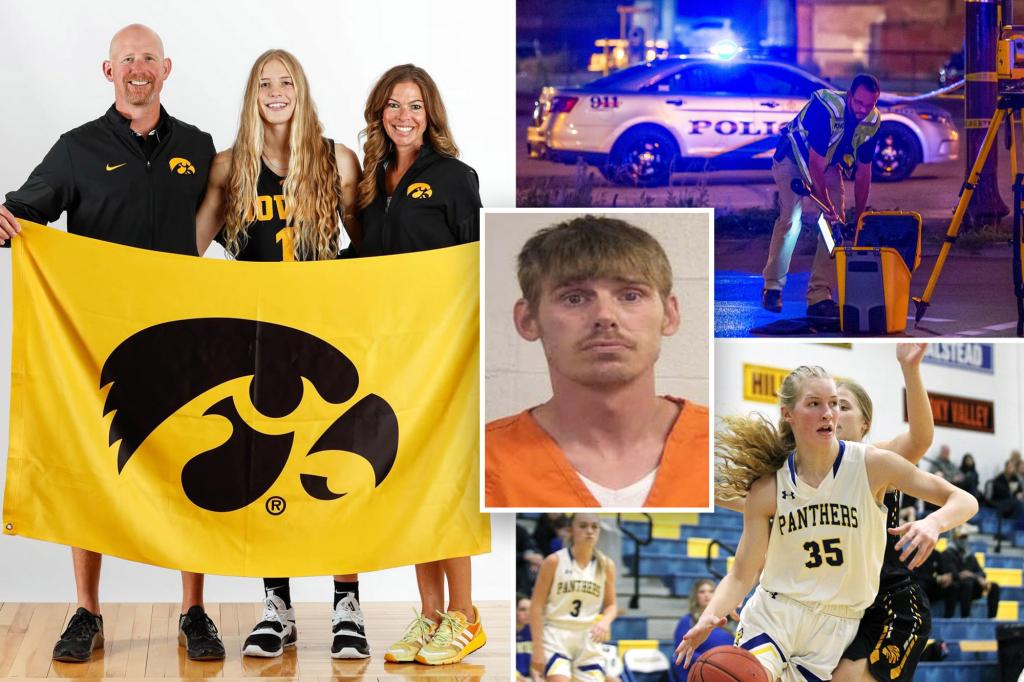 Trey Jones, his wife Amy, Ava and her younger brother were all struck by a car while they were walking in downtown Louisville on Tuesday night. They were visiting the city from Kansas for the Run 4 the Roses Classic AAU basketball tournament.

Amy and Ava Jones are listed in critical condition as of Friday, according to the Louisville Courier-Journal.

Ava Jones is the 83rd-ranked women’s basketball recruit in the class of 2023 by ESPNW. She averaged 20.8 points and 15.4 rebounds per game as a junior at Nickerson High School, about 60 miles outside of Wichita.

Jones had just committed to Iowa on July 3.

The Courier-Journal reported that 33-year-old Michael Hurley, from Indiana, has been arrested in connection with the incident. He has been charged with one count of murder, driving under the influence and four counts of first-degree assault. He has also been charged with a license possession violation.

Hurley, who pleaded not guilty on Wednesday to his earlier charges prior to Trey Jones’ death, was making a left turn when he struck the Jones family. Alcohol was not cited as a reason for the fatal crash, but he allegedly told police that he had ingested the opioid Hydrocodone and was “so tired that he could not make the turn.” Ava Jones’ brother brother suffered minor injuries, according to the Louisville Courier-Journal.

A Go Fund Me account has been set up to help the family.