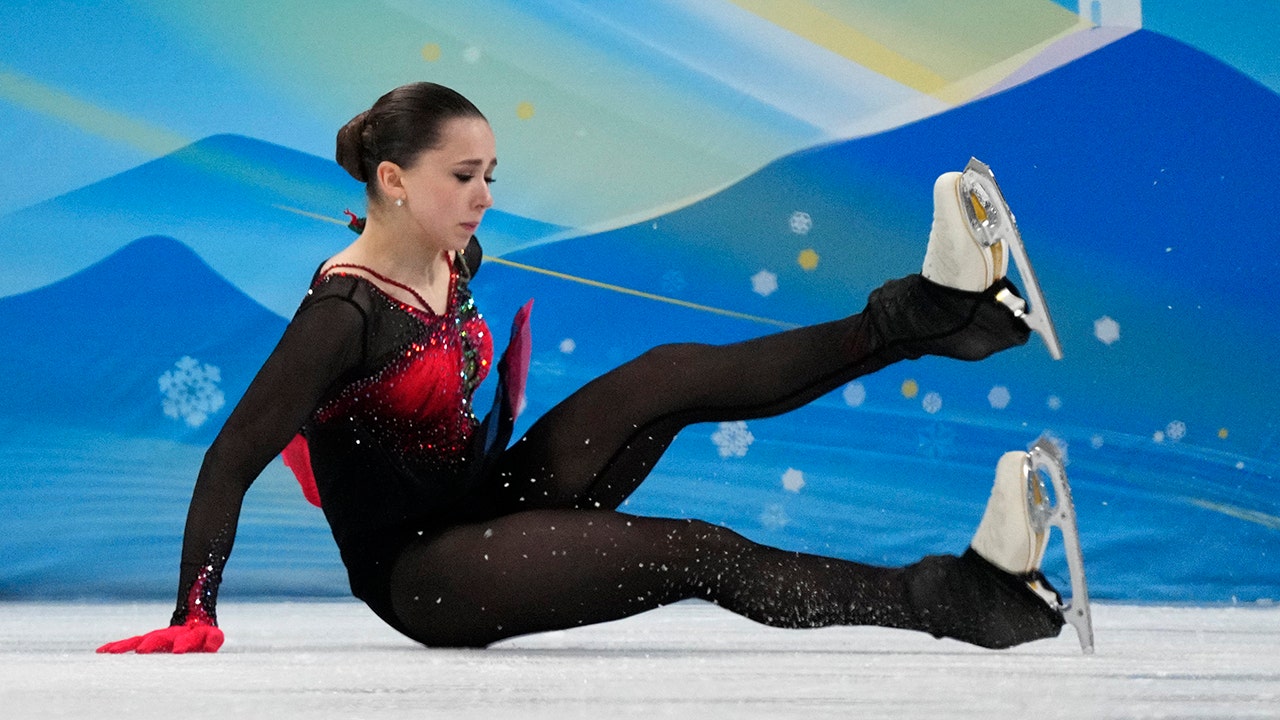 Valieva was just 15 years old at the 2022 Winter Olympics.

Kamila Valieva, of the Russian Olympic Committee, falls in the women’s free skate program during the figure skating competition at the 2022 Winter Olympics, Thursday, Feb. 17, 2022, in Beijing.
(AP Photo/Bernat Armangue)

Skaters age 15 will be allowed to compete next season, with the following year’s age limit being 16. Skaters will have to be 17 years old in order to compete at the 2026 Winter Olympics.

“This is a very important decision,” ISU president Jan Dijkema said. “I would say a very historic decision.”

While Valieva was not specifically mentioned, the Russian skater’s positive test in Beijing stirred the discussion around raising the minimum age for skaters.

In Beijing, Valieva helped the Russian team to a gold-medal finish in the team event before a positive test was reported. Valieva was allowed to continue competing, struggling mightily in the women’s free skate competition before finishing fourth and failing to medal.

The Associated Press contributed to this report

Joe Morgan is a Sports Reporter for Fox News.