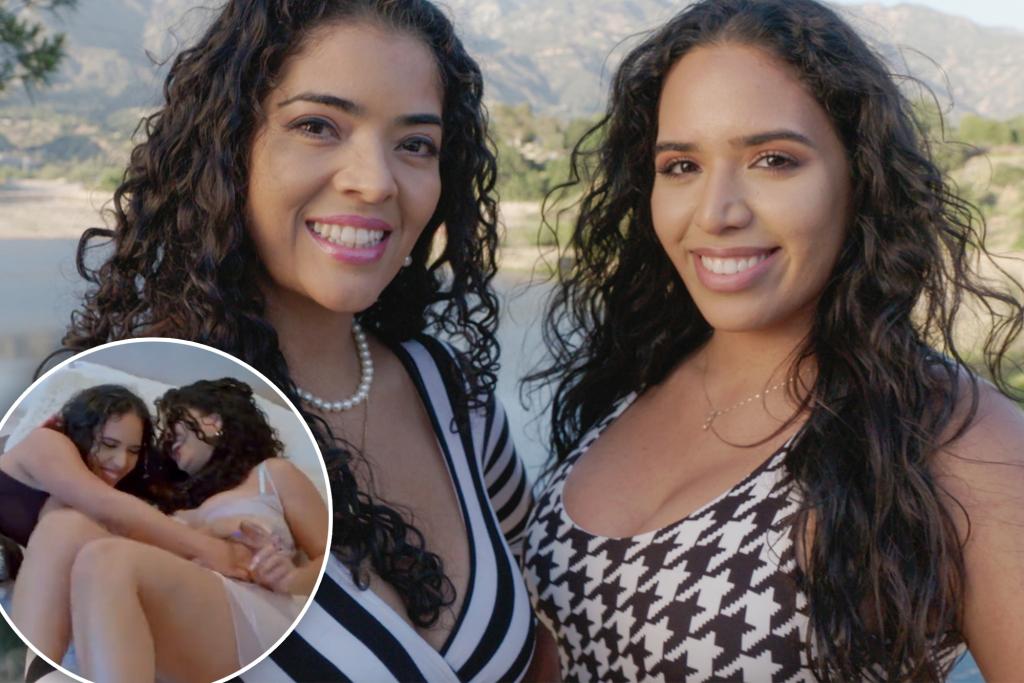 Three brand-new twosomes are joining the show this time around: a groundbreaking duo featuring the show’s first transgender individual; a could-be-sisters set who likes to take it all off; and a spicy Southern combo with an uncanny knack for attracting the same suitors.

Here, your complete guide to the newbies.

They cook together — naked

California girls Francia, 46, and Paula, 27, still live together, even though Paula is an adult. The pair are inseparable, whether they’re out partying and clubbing, having tickle fights or cooking and cleaning — the latter sans a stitch of clothing.

“When it’s just the two of us at the house, we pretty much do everything naked,” Paula, a model-influencer, told The Post. “It’s always been a natural thing.”

Francia, who works in education, said that this is not so unusual in their Colombian culture, even if some of their friends find it odd. On-screen, Paula is shown making a breakfast smoothie in their kitchen while in the buff, then casually walking into her mother’s room and handing it to her.

And they see nothing wrong with hitting the town together.

“Some people ask Paula, ‘How can you be comfortable being with your mom at the club?’ ” said Francia.

And despite initially having reservations, her daughter says there’s no better wingwoman.

“I thought clubbing would be a bit weird,but it was so much fun, because my mom is such a good time,” said Paula. “She dances and laughs and smiles the whole time. She’s a whole vibe. It’s infectious, it makes me happy.”

Tennessee temptresses Cathy, 56, and Ashley, 35, have no boundaries when it comes to approved mother-daughter activities. They’ve gotten nipple piercings and tattoos together, they’ve done sexy photo shoots of each other wearing lingerie — and they’ve also dated the same guy.

As for dating the same guy, both said it was accidental — except that it has happened more than once.

“The first guy was one that Ashley had seen a few times,” Cathy, who is retired, told The Post. “She had talked about this guy, but I didn’t even know his name, because she dated quite a bit, let’s be honest. But a few years later, I went out with [with him].”

Cathy said that when she told Ashley about the date, it sounded familiar, so she asked to see a photo.

“She had a fit,” said Cathy. “She goes, ‘Mom, that was Sean, and he is more than 10 years younger than you!’ So then after that, he asked me out again, and I said, ‘I don’t know if you knew this, but Ashley, the girl you used to date, is my daughter.’ He said, ‘I thought you looked familiar.’ I think this guy knew all along.”

It happened again — only in reverse — when Ashley’s co-worker asked her out.

“He had been chasing me relentlessly for a couple of months,” said Ashley. “I told my mom, and it piqued her interest, because she used to work at the same place. She was like, ‘He sounds familiar.’ She had already gone out with him!”

Indiana mom Angie, 46, and daughter Shay, 23, are a groundbreaking pair. Shay is the first transgender daughter to be featured on “sMothered.” After she came out, Angie took it upon herself to teach Shay how to be a woman, including how to shave her legs.

“I was 22 when I came out,” Shay, a TikTok influencer, told The Post. “It’s definitely made our bond a lot stronger. Even before, we were doing a lot of mother and daughter-esque things. But after coming out, everything was amplified: shopping for clothes and makeup together, shaving my legs.”

While the news was initially a surprise for Angie, she had the skills emotionally and professionally to help Shay become her authentic self.

“At first it was kind of shocking for me,” said Angie, a hairstylist and makeup artist. “But it definitely brought us closer. We’re able to do a lot more together as mother and daughter than we could have as mother and son.”

Shay added that having a hairstylist mom has been a big help as she adjusts.

“I have always taken pride in how my hair looks,” she said. “She taught me how to do a lot of different hairstyles. It makes me feel more feminine, less dysphoric about my identity.”

And her mom is more than happy to support her.

“It makes me feel good to know that she trusts me enough to be the person to show her this new world,” Angie said.