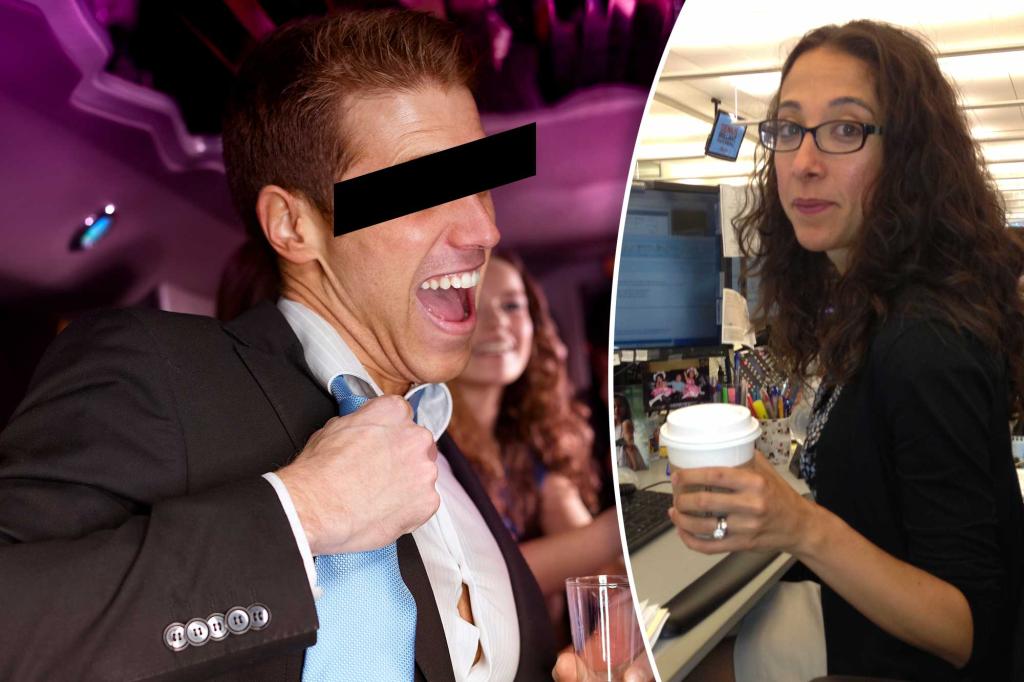 When Jamie Fiore Higgins had twins in 2008, she assumed Goldman Sachs would support her breastfeeding. After all, an entire Goldman floor was a lactation center, with hospital-grade equipment and nursing consultants available around the clock.

The reality was that Higgins’ boss, Mike, threatened that she might lose a desired promotion if she spent too many hours at the lactation center instead of her desk. Eager to succeed, though heartbroken, Higgins agreed. “No breastfeeding,” she said through tears.

But when Higgins had her fourth child in 2015, she chose to use the lactation center to store her breast milk. Goldman didn’t try to stop her, but her coworkers made their lack of support clear.

The first time she returned to her desk after using the lactation center, Higgins found a carton of milk placed on her computer. The second time there was a stuffed cow. Another time when she went to breastfeed, Higgins heard the distinct sound of a “moo” coming from male coworkers.

“Jerry leaned back in his chair, his hands cupped on either side of his face as he called out in a deep voice, while Vito sat next to him and gestured like he was squeezing breasts,” Higgins writes in “Bully Market: My Story of Money and Misogyny at Goldman Sachs” (Simon & Schuster), out Aug. 30.

Higgins was a reluctant Wall Streeter, having graduated from Bryn Mawr in 1997 and hoping to become a social worker. But her Italian-American family in New Jersey nixed that, explaining they wanted a return on their investment after paying Higgins’ college tuition. “We didn’t take out loans to pay $35,000 a year for you to get a $20,000 job,” Higgins’ mother said.

She knew what she had to do. Higgins survived the grueling Goldman Sachs training program in 1998, passed her licensing exam and became an analyst. She worked tirelessly the first year, doing so well Mike called her the “best . . . we have” and doubling the bonus she was promised to a staggering $80,000.

Between the money and her family’s insistence she stay on Wall Street, her career path was set. But that didn’t mean she understood Goldman or its employees. She was the hardworking daughter of hardworking immigrants who struggled financially, so Higgins was amazed by the “pure decadence” of the company’s required social gatherings: Cocaine was snorted in bathroom stalls and top-shelf liquors gulped greedily. Employees snacked on $200 seafood towers of lobster tails and king crabs, and wolfed down “filet mignon, New York strips, and double Porterhouses so big they hung off the sizzling plates.”

Plus, there was sex. One late night in the office her first year Higgins went looking for a report but instead found a young female analyst on her knees, fellating a coworker in the printer room. It angered Higgins that she worked so hard to escape her New Jersey past while many Goldman employees treated the job like a birthright. “They were able to literally d–k around while their country club parents held their safety nets,” she writes. “Here I was cramming for my pitch and they were having sex.”

At the first Goldman holiday party she attended, Higgins saw a drunken division head slouched on a couch, straddled by his grinding secretary. On the dance floor, her coworker Jerry shimmied with his assistant, his wedding ring sparkling as he squeezed her gyrating bottom.

Higgins found Goldman’s culture not just oversexed but misogynistic. Her first year, Jerry and Vito loudly put together an Excel spreadsheet rating the “f–kability” of the company’s newest female employees. “Let’s throw some quantitative analysis on this,” Jerry said. “Research needs to be done on these ladies. I want tit size, ass shape and leg length . . .”

Such behavior was never punished. Nearly 15 years later, one of Higgins’ new bosses was equally demeaning when searching for a new assistant.

“Nobody too old, too ugly, too flabby,” he announced to the laughing men on his team. “I want ’em young, high, and tight!”

While Higgins was appalled by the behaviors she witnessed at Goldman Sachs, she also flourished there. Mike made his star employee “Higs” a manager, a VP, and eventually even a managing director (a position only 8% of Goldman employees reach). At one point her yearly bonus surpassed $1,000,000.

The first promotion in 2006 seemed to come with a caveat though, that Higgins quit having kids. “‘I need total devotion from you,’ Mike said. His large brown eyes were on my waist, like they were trying to send my womb a message.”

Meanwhile not everyone was supportive of Higgins’ initial promotion. “The only reason you got it is because of your vagina,” Vinny snarled.

It was a line Higgins often heard. “Most guys at Goldman assume that women who get promoted either filled a quota or screwed . . . someone.”

Goldman’s female employees shared a different story. One told Higgins she was quitting because all the meaningful work was given to the men in the office while another complained about being told she wasn’t “polished enough” though the office was filled with brutes telling dirty jokes. Most women shared stories of senior men staring at their breasts, offering unwanted shoulder massages, or suggesting they get a “room” for the night.

It wasn’t even easy being a successful female at Goldman Sachs. When Higgins once took an employee named Eric off an account because he was having an affair with the client, he grabbed her by the throat and pressed her into a wall. Her toes were off the ground.

“If I could, I’d rip your f–king face off!” he thundered.

Alerting Mike to the situation, Higgins found her boss sympathetic — to a point.  Mike said he’d talk to Eric but had no intention of firing him. Eric was a champion golfer and knew all the best courses in the world.

After years of professional success at Goldman Sachs, Higgins’ career was sidetracked with the arrival of a new boss, Justin, in the early 2010s. While bad behavior was common in the Goldman offices, one night in Chicago at a work event, a drunken Justin slurred a racial epithet at a black bar employee. It was too much even for a loyal worker like Higgins. Back in New York, she registered what was supposed to be an anonymous complaint with HR but one which was quickly relayed back to Mike — and then Justin.

Never again would Higgins find a sympathetic ear at the office. Even when she told Justin she needed time off after suffering a miscarriage, he didn’t care. “You were hardly pregnant, and it’s been three days already,” he said. “When my wife had a miscarriage, she was fine after a few days.”

When she complained that after nearly 20 years at Goldman she’d been given her first poor performance review (and her first reduction in bonus money) in 2015, Justin suggested she take down her kids’ pictures from her desk. “I need a commercial killer, Jamie, not a class mom,” he said.

When she later discovered her review included comments that she was too “motherly” and had incorporated the opinions of Jerry and Vito, Higgins realized what was happening.

“It was official:  My career and reputation were being sabotaged.” While she had thrived at one of Wall Street’s biggest firms for almost two decades, she’d done it against the odds. Bosses like Justin were frequently bonding with their male peers at strip joints, on Vail skiing weekends or in Vegas bacchanals, but no women were allowed — not wives, and not even female Goldman employees.

“There was an intentionality behind this madness: to keep the strongest relationships with management and the largest clients, and therefore the influence, with these types of men. It maintained the old boys’ club and solidified its power,” Higgins writes.

Seeing the writing on the wall, Higgins made a plan to work at Goldman long enough to bank two more bonuses. After doing so in 2016, she quit to get more involved with her children’s lives.

The first morning she didn’t return to Wall Street, Higgins stayed home with four violently ill kids. It was gross, she thought — but not as gross as Goldman Sachs.