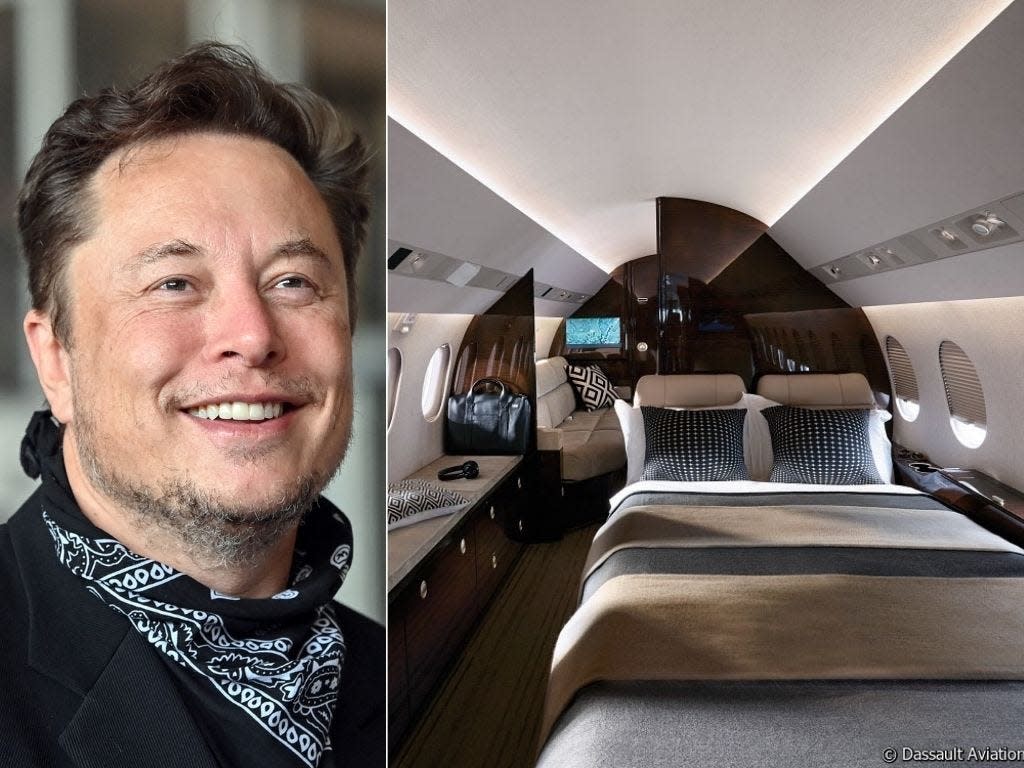 The Falcon 900 is a business jet first produced by French aviation company Dassault in the 1980s.

Musk’s jet was previously registered to other companies including MLM company Amway, per registration records compiled by online database PlaneLogger. This indicates that Musk likely bought a pre-owned jet. Musk’s Falcon 900B is under the registration N900SX.

Musk’s jet was last seen in active use in 2016, according to PlaneLogger’s database.

In an interview with Chris Anderson at the TED Conference in April, Musk said he doesn’t own a home, a yacht, or take vacations. “I mean, the one exception is the plane, but if I don’t use the plane then I have less hours to work,” Musk said.

The plane he’s referring to is his Gulfstream G650ER, in which he flew more than 150,000 miles in 2018 alone, per flight records obtained by The Washington Post.

Musk and Tesla did not immediately reply to Insider’s requests for comment.

The Falcon 900B was last manufactured in 2000 and has a fleet size of 156. The jet costs $26 million when deliveries first began in 1985, and costs $5 million if bought pre-owned in recent years.

While the 900B is no longer being manufactured, the latest variant of the original Falcon 900 — the 900LX — is still in production.

The jet costs around $2 million to operate if flown for 450 hours a year.

The interior has remained the same since it was first produced in the 1980s, according to Business Jet Traveler.

Although the jet is much older than popular business jets like the Gulfstream G650, the Falcon 900’s design has been described as “way ahead of its time.”

The variants, especially the 900B, are a popular choice in the pre-owned jet market. They are much easier to refurbish and maintain than other older aircraft, per Business Jet News.

The 33-foot-long jet can accommodate up to 14 passengers and three crew, per Business Jet Traveler.

A traditional cabin layout has a galley, four large executive seats, and four narrower seats, per the publication.

A virtual tour of the 900LX shows a small galley with metal and wooden accents. There are 24 windows on the jet.

Wooden tables are stowed at the sides of the plane, with seats typically facing each other. Adjustable screens provide entertainment onboard.

The cabin has multiple storage compartments beside the seats.

The plane has a shared dining space.

The jet can be customized to accommodate four seats facing each other in pairs.

The rear end of the plane can be converted into a private stateroom, per Business Jet Traveler.

The jet’s rear end can be customized into a private cabin with a bed (pictured above). The bed is usually converted from a divan-style sofa, per Business Jet Traveler. The stateroom is outfitted with a television screen, the virtual tour of the 900LX shows.

Towards the back of the plane is a heated luggage compartment.