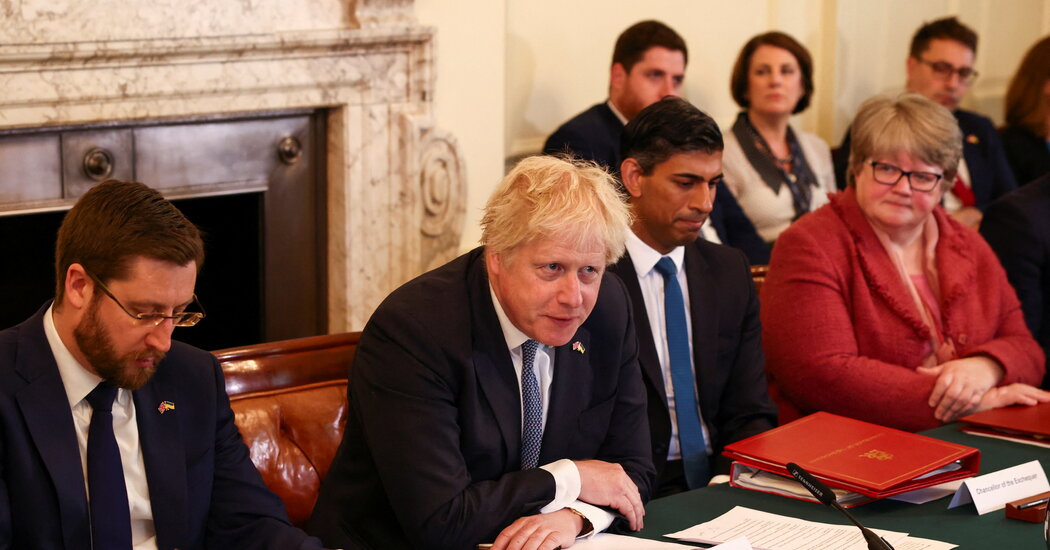 LONDON — The British government served notice on Tuesday that it may unilaterally scrap some of the regulations that govern trade with Northern Ireland, a highly political move that sets Britain on a collision course with the European Union, 18 months after a trade deal that was meant to have doused the last fires of Brexit.

The foreign secretary, Liz Truss, said that a proposed new law would allow the British government to control rules on trade between mainland Britain and Northern Ireland, which had been painstakingly negotiated in an agreement with Brussels.

“To respond to the very grave and serious situation in Northern Ireland, we are clear there is a necessity to act,” Ms. Truss said in Parliament. “We need to restore the balance in the agreement.”

Ms. Truss insisted that she wanted to change rather than scrap the agreement governing post-Brexit trade, known as the Northern Ireland protocol. She also said that the issues it addresses could be resolved in negotiations with the European Union rather than with unilateral action.

But, if enacted, such a law could rip up part of the trade deal with the European Union, establishing a new “green channel” that would remove checks on most goods flowing from Britain to Northern Ireland.

Those checks had been agreed upon to avoid disrupting trade between Northern Ireland, which is a member of the United Kingdom, and neighboring Ireland, which is part of the European Union, once Britain left the bloc.

“Some businesses have stopped trade altogether,” Ms. Truss said. “These practical problems have contributed to the sense that the east-west relationship has been undermined.”

The announcement generates multiple risks for the government of Prime Minister Boris Johnson: a potential trade war with the European Union, rising tensions with the United States, a possible rift in the Western alliance in support of Ukraine, and an uncertain impact on the politics of Northern Ireland itself.

Of these, a collision with Brussels would be by far the most serious, especially at a time when the British economy is suffering the soaring inflation that has afflicted other countries because of supply shocks in food and fuel.

The governor of the Bank of England, Andrew Bailey, warned on Monday of an “apocalyptic” rise in food prices because of shortages in wheat and other crops due to the war in Ukraine. The central bank, he said, was “helpless” in the face of price rises, with inflation projected to hit double digits by year-end.

If the European Union imposed retaliatory tariffs on goods coming from Britain — a major “if” — it would attach another dragging anchor to an economy that some analysts fear is already at risk of tipping into a recession. The combination of economic stagnation and surging prices has fanned fears of a return to the dark days of the 1970s.

Then, too, there is the risk of upsetting relations with the Biden administration and Ireland’s defenders on Capitol Hill. The White House has warned Mr. Johnson not to do anything that would jeopardize the Good Friday Agreement, the 1998 pact that ended decades of sectarian violence in the North.

Richard Neal, the powerful chairman of the House Ways and Means Committee, said that any legislation that unilaterally abrogated elements of the protocol would undermine efforts to negotiate the trade rules “at an extremely fragile time.” He suggested that Britain’s move was driven by politics.

“Northern Ireland shouldn’t be held hostage in the political process,” Mr. Neal said in a statement. “Rather all parties must stay the course and continue to work together to find durable solutions.”

Ms. Truss did not publish her proposed new legislation, the start of a long legislative process to make it law, and British officials say that they hope talks with the European Union can continue in parallel, possibly ensuring that the laws are never used.

The planned law would give the British government unilateral powers over tax and subsidy policy in Northern Ireland. However it remained unclear to what extent the legislation could remove or limit the role of Europe’s top court, the European Court of Justice, in adjudicating trade disputes.

Doing so would be seen by the European Union as a fundamental change to the protocol, rather than the sort of practical fix over border checks that it is willing to contemplate.