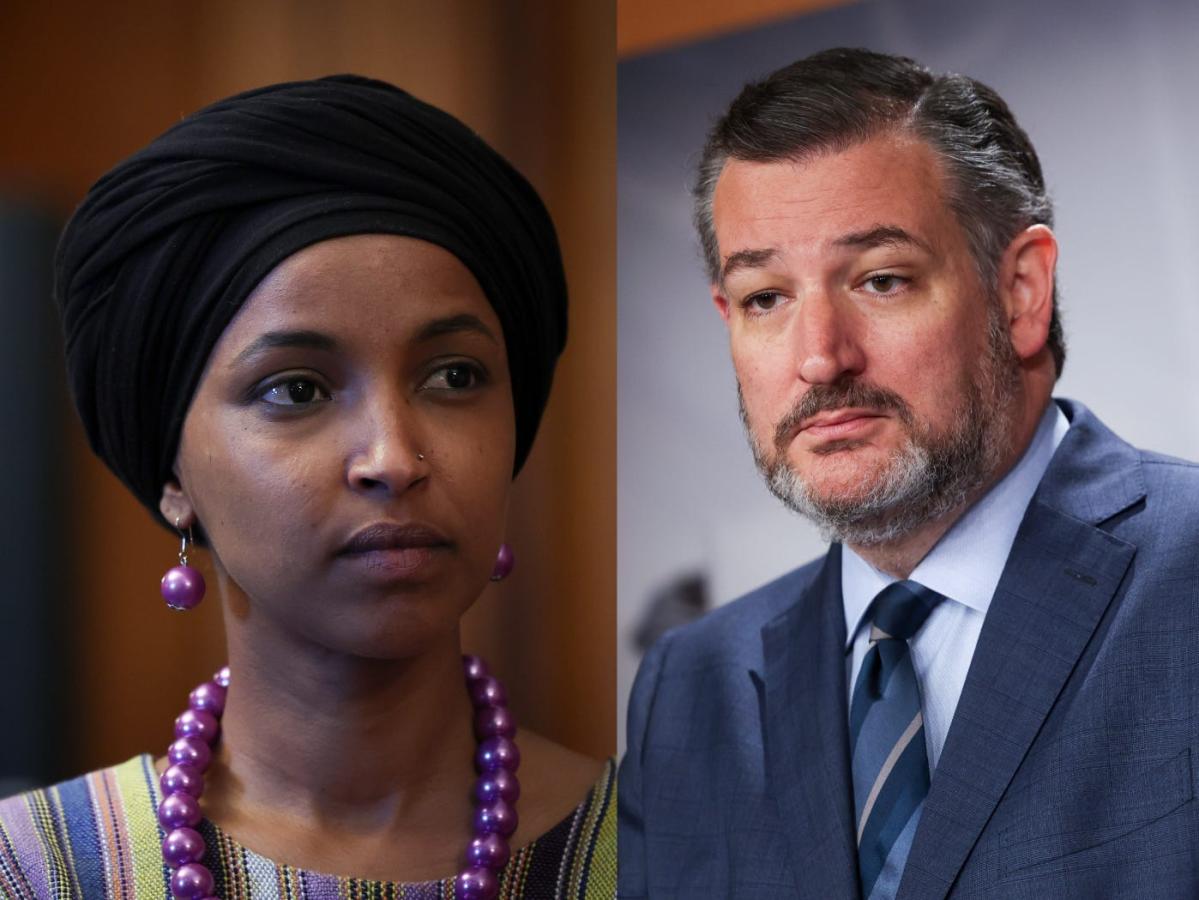 On Tuesday, GOP Sen. Ted Cruz of Texas told the Washington Post that he’s been working with a top Supreme Court litigator to determine who the best plaintiff would be to overturn it.

After word got out that Cruz is “brainstorming” ways to block Biden’s relief, Omar wrote on Twitter that she’s not at all concerned with the questions of legality surrounding debt cancellation.

“What a miserable little weasel, no wonder they call him ‘Lucifer in the flesh,'” Omar wrote. “Fortunately, student debt cancellation is legally sound and should withstand legal scrutiny. Set your alerts for the application in October, if you qualify for relief and file before the end of Dec.”

Cruz had previously acknowledged in his podcast that suing the administration over student-loan forgiveness would be difficult.

“The difficulty here is finding a plaintiff who the courts will conclude has standing. That may prove a real challenge,” he said.

And as Insider previously reported, conservative groups and GOP attorneys general are seeking ways to legally challenge the loan forgiveness, as well. Alfredo Ortiz, CEO of the Job Creators Network — a conservative advocacy group — for example, said in a statement that the organization is “weighing its legal options to block President Biden’s illegal student loan bailout.”

“This move is fundamentally unfair to the tens of millions of hardworking Americans who never went to college and are now forced to shoulder loan forgiveness for the consultant class,” Ortiz said.

Still, Abby Shafroth, a staff attorney at the National Consumer Law Center, told Insider that borrowers shouldn’t be “overly concerned” with these legal threats right now. She explained that those who attempt to sue would have to prove they suffered a concrete injury, and while they might be able to request the court hold off on implementing relief until a decision on the legality of Biden’s action is decided, that’s difficult to achieve.

The questions surrounding the legality of student-loan forgiveness are not new, and they’re ones Biden himself has asked. Shortly after taking office, Biden expressed hesitancy with canceling a large amount of student debt because he wasn’t sure he had the authority to do so, prompting him to ask the Education and Justice Department to create memos on his legal ability to wipe out student debt.

Ultimately, both departments concluded he has the authority under the HEROES Act of 2003, which gives the Education Secretary the ability to waive or modify student loan balances in connection with a national emergency, like the COVID-19 pandemic.

Still, Republican lawmakers have continued to argue this is an overreach of that authority, and that Biden should have gotten congressional approval.

Regardless of the debate surrounding the legality of broad debt relief, Biden’s administration is still planning to roll out applications for debt cancellation in early October and maintains it has the legal standing to do so.

“The legal authority gives the secretary the ability to make sure that the pandemic and the emergency does not cause a net financial harm to those folks,” Bharat Ramamurti, the deputy director of the National Economic Council, said during a recent press briefing.