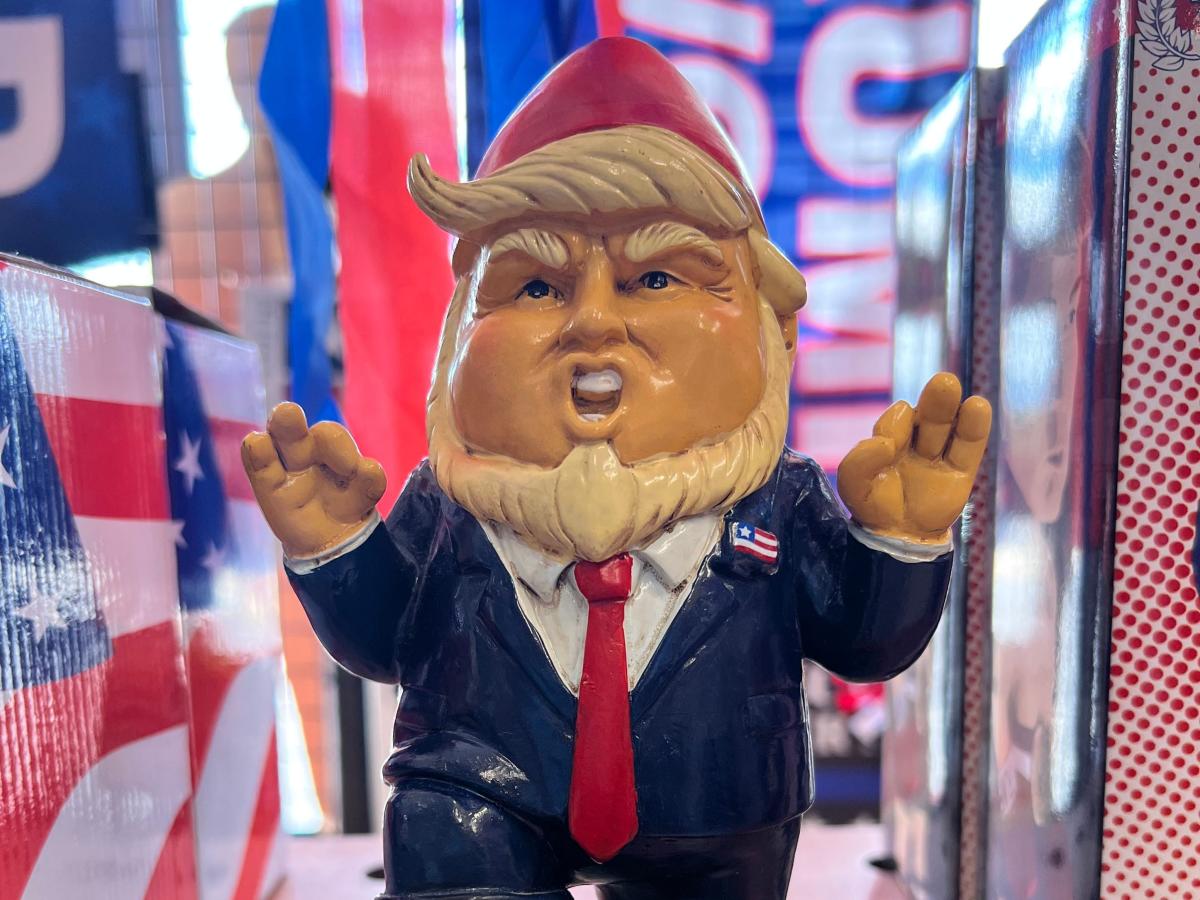 When I was in North Myrtle Beach, South Carolina, I spotted a billboard advertising a Donald Trump Superstore. My curiosity got the best of me, and I decided to stop in and pay a visit.

I turned into the parking lot and was greeted by a series of colorful pro-Trump flags and an air dancer in the former president’s likeness, wildly waving its arms at oncoming traffic.

As I snapped a photo of the mannequin, one customer walked by, chanting: “Let’s Go, Brandon.”

In order to access the store, you have to go through the main entrance of Klig’s Kites, a retail shop selling kites, banners, and flags.

Once inside, I notice Klig’s and Keep on Trumpin’ are under the same roof.

However, the space is separated into two distinct parts, with the latter taking up approximately 2,000 square feet of retail space.

Kligman said the first location of their kite shop opened in 1982 in Myrtle Beach.

Today, they have two locations — one at Broadway on the Beach in Myrtle Beach and the newest one that opened seven years ago in North Myrtle Beach near Barefoot Landing.

Then, in March 2022, when one of their retail tenants vacated and they were unable to find a suitable tenant as a replacement, Kligman approached his brother with a wild idea.

Why not open a Trump store?

Kligman told Insider that he’s not trying to make a political statement with his store.

He said, at the end of the day, he’s a businessman and that there are some things about Trump he likes and some things he doesn’t.

One thing he definitely likes is the increased foot traffic his business has seen since opening.

The inventory ranges from officially licensed merchandise and vendor products to their own manufactured line of goods.

When customers try to talk politics, Kligman says he just smiles and rings up their purchase at the register.

The Kligmans produce many of the T-shirts they sell, such as …

… this Keep on Trumping’ T-shirt …

… this Terminator-themed “I’ll be back” tee …

… and this remake of American Gothic.

There are also shirts that take a not-so-subtle stab at the Democratic Party, such as this “stolen property” one …

… and a “Bye-Bye, Biden” countdown clock.

The shop also sells a staggering number of novelty products, like this Trump teddy bear.

There was also a vast assortment of bobbleheads …

… including this shirtless boxing Trump one.

They also have unusual souvenirs such as rubber duckies and troll dolls featuring Trump’s signature coif.

Customers can also snap up talking items such as a pen that, with the push of a button, promises to belt out some of Trump’s popular sayings in his own voice …

… or this full-body figure with the American flag that when activated says a series of 17 patriotic comments including “From this day forward, it’s only going to be America first.”

I was surprised to see that they even offer a Trump toilet brush.

According to a saleswoman I spoke to, one of the biggest hits so far has been the Donald Trump Garden Gnome, which she says people often buy as gifts.

For those interested in their future, customers can feed $1 into the Trump Fortune Telling Machine on the premises.

Inside the machine is an animatronic version of the nation’s 45th President of the United States that doles out a printed fortune with his likeness on it.

Kligman said sales-wise, he and his brother could easily turn their whole business into a Trump store. Based on the enthusiastic shoppers I encountered during my visit, I believe it.

As a registered Democrat, I was the only one who seemed to walk out of the store empty-handed; however my curiosity as to what a Trump Superstore might be like was certainly filled.

And while Richard Kligman himself probably wouldn’t say much about a Trump 2024 run, his products certainly will.