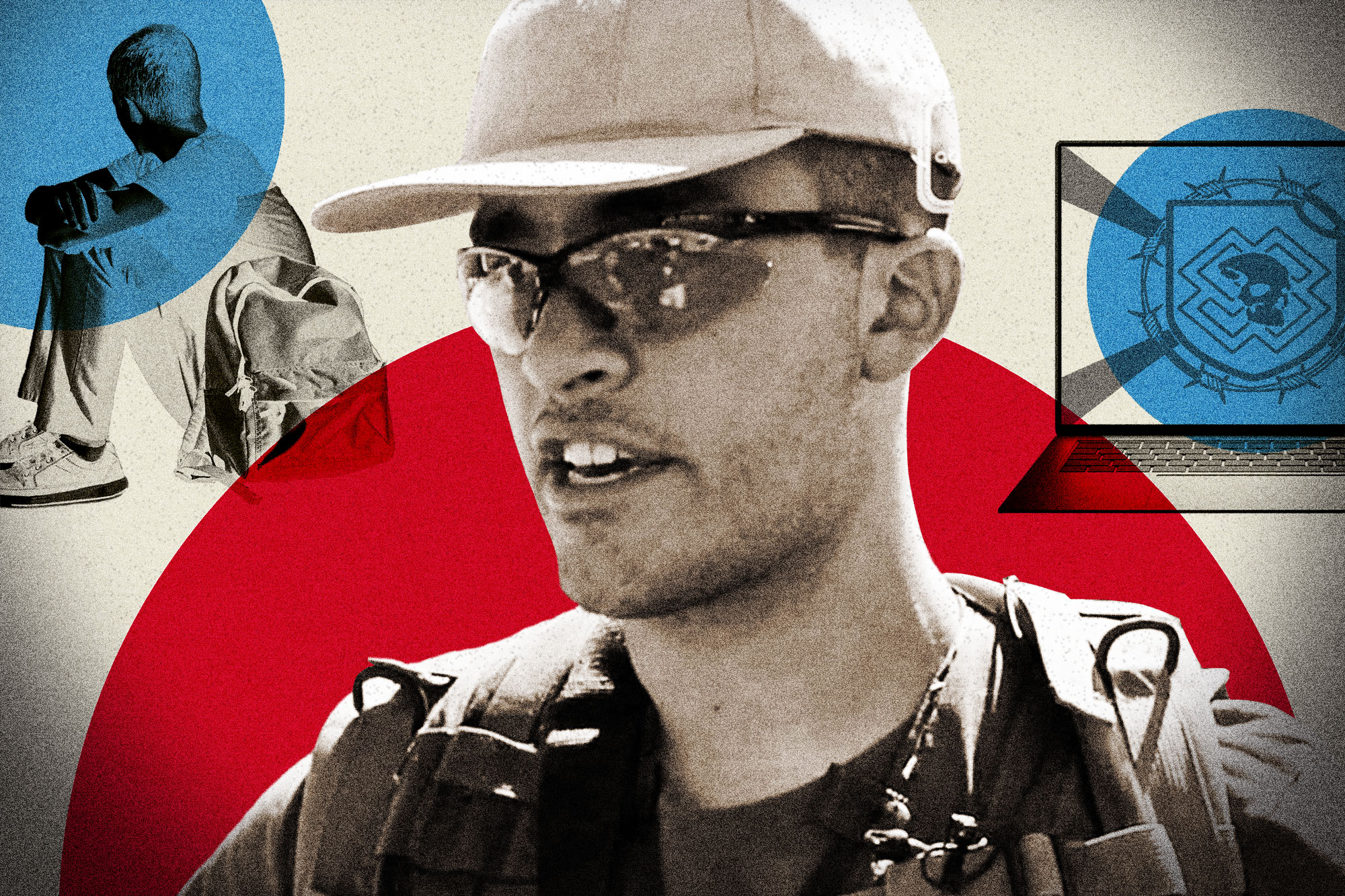 “He was exiled a lot,” said Ebony Humes, who first became friendly with him in 6th grade. “He would try to make friends, but people most of the time would turn their backs, or act as if he wasn’t there. It kind of broke my heart. He did try, consistently, for years. You could see, in his face, the hurt.”

“He was a sweet kid,” echoed Epley. “But people weren’t very nice to him. He was bullied a lot.”

By 11th grade, Climo was nearly boiling over with resentment. “No one likes me. I hate it here,” he sobbed in the cafeteria, at one point banging on the table, Humes recalled. “I want out.”

It was after graduation that Climo, who lived with family at the end of a quiet cul-de-sac, found the community he lacked: a violent global movement hidden in the dark recesses of the internet bent on igniting a neo-Nazi race war, according to public documents, court records, law enforcement officials, and fellow classmates.

For more than a year, reporters from POLITICO, the German newspaper Welt and Insider uncovered the inner workings of this increasingly violent movement, drawn from nearly two dozen chat groups, more than 98,000 text and chat messages — including photos and videos — and interviews with members.

The data offers a rare peek into a burgeoning network of neo-Nazis threatening to kill politicians and journalists, providing instruction on how to build bombs and weapons with 3D printers, and encouraging each other to attack houses of worship, the gay community and people of color. It’s what extremism researchers call “militant accelerationism” — a movement to spark a war for white power.

There are dozens of these groups on both sides of the Atlantic with martial names drawn from Nazi propaganda. Many followers have been influenced by the writings of James Mason, the 69-year-old Coloradan who joined an American Nazi party at age 14 and whose books and newsletter are considered modern-day Mein Kampfs for adherents.

Climo was drawn to The Feuerkrieg Division, which translates into “fire war,” a moniker inspired by the torchlight marches at Nazi rallies in 1930s Germany.

FKD is believed to have been established in 2018 in Estonia and was thought to have quickly petered out. But there’s been a resurgence in the last few years, according to law enforcement officials and experts in domestic extremist groups.

Involvement with the group led Climo to stockpile bomb-making materials in his bedroom. And as he increasingly embraced the cause of establishing a white ethno-state as his own, he was arrested after he was suspected of planning — and scouting out targets — to blow up a synagogue and gay bar, according to the FBI and court documents.

Climo pled guilty and was sentenced to two years on one count of possession of an unregistered firearm — specifically, the component parts of a destructive device.

Climo, who court records show was released earlier this year from federal prison and is now on three years’ probation, did not respond to multiple requests for an interview. His family members also declined to speak on his behalf or did not respond to interview requests.

His journey from troubled American teen to neo-Nazi warrior was a wake up call and highlights the growing concerns about a new generation of virulent white supremacists emerging in America’s suburbs or even in the ranks of the armed forces.

By some estimates, FKD has just 100 members. But in an era where terrorism and mass violence is increasingly perpetrated by angry lone wolves, the group marks a dangerous evolution in a growing worldwide network of groups plotting in the shadows to enlist followers with military or firearms training to commit attacks on their own or in small groups.

“FKD is particularly alarming right now because it is so decentralized and really only present in online forums,” said Iris Malone, co-founder of the Mapping Militants Project and a consultant to the Department of Homeland Security. “There is no one point of vulnerability where you can take them down. They will have multiple channels on Telegram or other online services where they can communicate with each and they purposely build in redundant channels.”

In the United States, the FBI and other law enforcement have uncovered numerous ties to the online community in recent years, including a U.S. Army soldier who was sentenced to two years in prison for spreading information on social media about building a bomb and the chemical agent napalm.

It is a far more decentralized network compared to larger umbrella groups such as Atomwaffen, now known as the National Socialist Order. “Atomwaffen, originally when it was formed, had members in Florida, or it had chapters in Washington,” Malone said. “Having a physical organization or a physical address allows law enforcement authorities to go in and essentially be able to arrest or take down these groups.”

But what may be most troubling about the latest tendril is its heavy reliance on wayward teens.

“One of the main characteristics of the Feuerkrieg Division is the average age of the members, most of them being minors, starting from the age of 15,” concluded a 2021 study by the International Observatory on Terrorism Studies in Madrid, Spain.

The analysis also concluded that “the terrorist group Feuerkrieg Division is recruiting again after being disbanded.”

Malone explained that online recruitment makes it especially challenging in the United States, where FKD is not designated a terrorist organization and authorities are faced with the often-competing demands of monitoring potentially dangerous online activities while not running afoul of civil liberties.

“I just don’t think the government has a good handle on the online extremism stuff yet because of free speech issues and social media access,” she said.

‘I mean you no harm’

Near courtyard tables vandalized with sexually explicit graffiti, the main entrance is framed by a large mural quoting civil rights leader Dr. Martin Luther King, Jr.: “The time is always right to do what is right.”

But while people of color make up nearly half the student body, the school also has a history of racial tensions.

“There was diversity there but it was still very clear in some situations the separations and the tension between different cultural backgrounds,” recalled Humes, who is Black.

In 2019, two students were arrested and another cited after they targeted Black students with racist slurs on Instagram and threatened to attack them. One post read, “God just seeing these n—ers [infuriates] me. I just wanna go Columbine…but only kill the f–king n—ers,” referring to the 1999 mass shooting in a Colorado high school.

Climo’s own journey towards militancy broke out into the open in 2016, when he was working as a security guard.

A local news station featured him patrolling his neighborhood wearing a flak jacket and carrying an AR-15 automatic rifle and four magazines — each containing 30 rounds of ammunition.

“I pretty much stay in constitutional bounds by doing this,” he said, insisting to a family of fleeing neighbors, “I mean you no harm.”