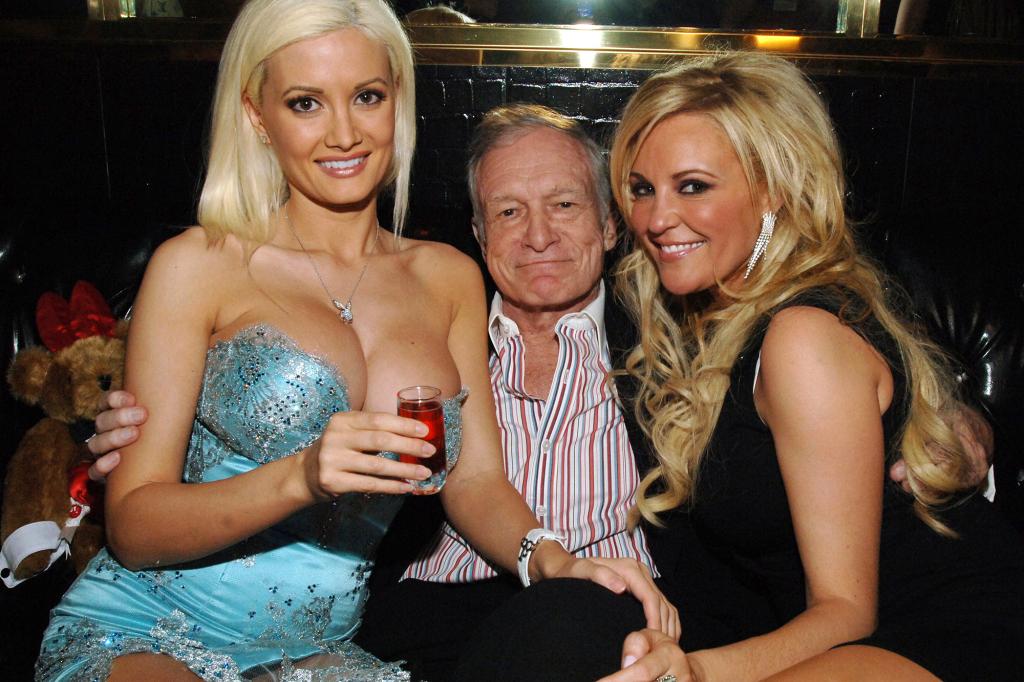 Two former Playboy bunnies have revealed disturbing details about what took place between the sheets during their time at Hugh Hefner’s house.

Holly Madison and Bridget Marquardt both dated the late mogul and were considered to be his “main girlfriends,” alongside Kendra Wilkinson.

Surprising new revelations about the Playboy mansion from behind closed doors has been revealed in an explosive 10-part A&E documentary, “Secrets of Playboy,” that aired early this year.

But during an appearance on the Juicy Scoop podcast Tuesday, the two former playmates further elaborated on just how pressured they felt to have unprotected romps with Hefner.

“I was still just gonna watch and then [one of the other Playmates] was like, ‘Aren’t you gonna go?’ It was like, ‘You need to go.’ And I was like, I would rather not. And she’s like, ‘Well, then you probably won’t be invited back,” recalled Marquardt, who was 28 when she moved into the mansion.

“So then I was like, OK. And I’d seen what everybody else was doing, so I knew that this was, like, a 10-second thing. I mean, definitely no more than a minute.”

The former Playboy bunny said that while she actively tried to “block” the experience from her memory, she does remember “trying to get it done as quickly as possible.”

“If there’s new girls coming up, which there often were, like, I just wanted to be first and be done. And I felt like that was the cleanest way.”

The damning 10-part “Secrets of Playboy” series unmasked the once-heralded late mogul to reveal ugly truths about the man who built his sex empire on the backs of vulnerable women.

Madison, who was Hefner’s girlfriend from 2001 until 2008, said the atmosphere felt “cultlike” at times.

She explained, “We were all kind of gaslit and expected to think of Hef as, like, this really good guy,” she said in a show clip. “You started to feel like, ‘Oh, he’s not what they say in the media — he’s just a nice man.’‌ ”

Meanwhile, one of Hefner’s former partners was among those who recently opened up about the dark side of the media magnate and his empire.

“He was a predator,” Hefner’s ex-girlfriend Sondra Theodore, 65, told The Post. “I watched him, I watched his game. And I watched a lot of girls go through [the Playboy Mansion] gates looking farm-fresh, and leaving looking tired and haggard.”