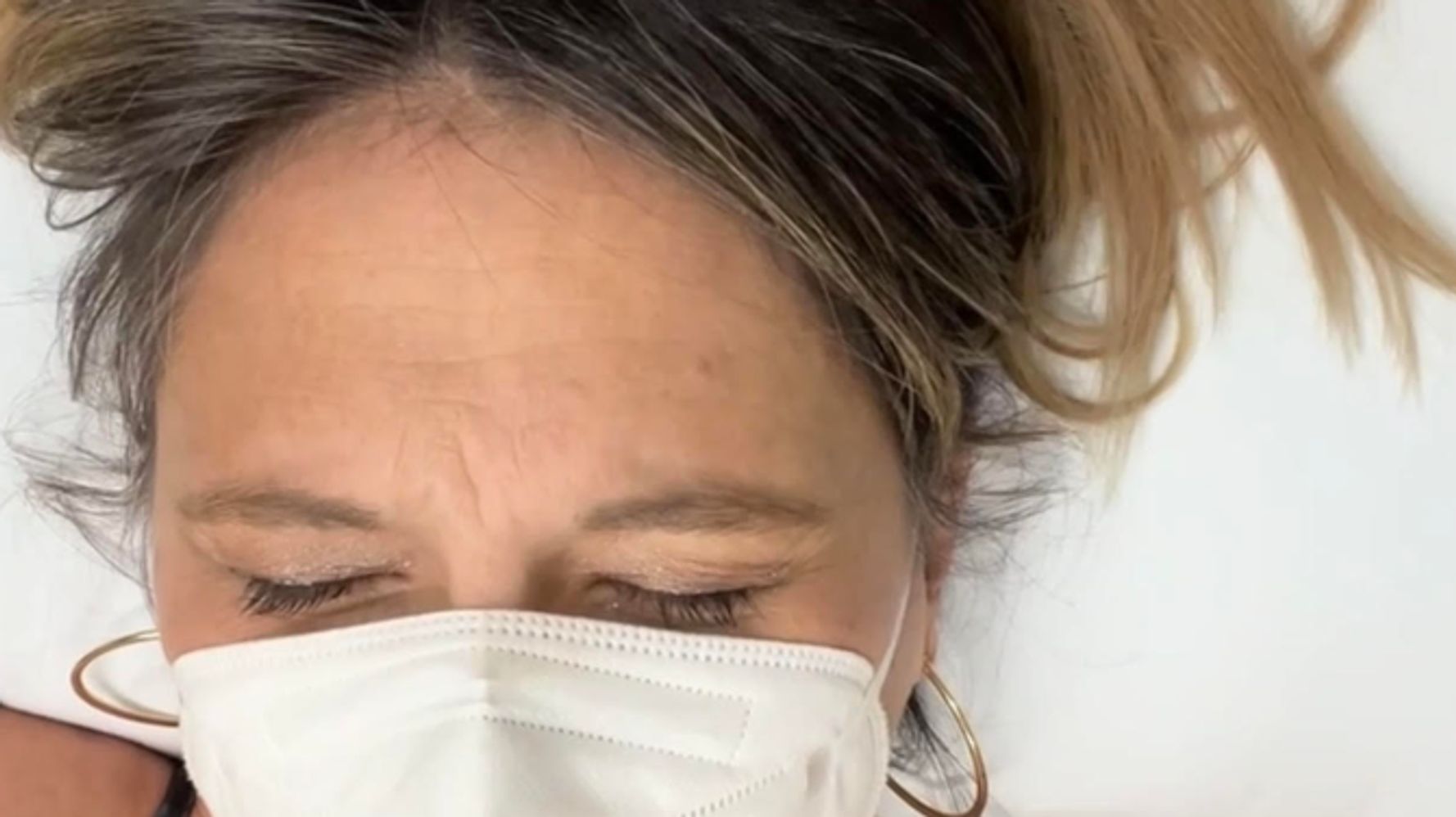 When I asked about getting an IUD, a T-shaped intrauterine device inserted through the cervix to prevent pregnancy, during a visit to my doctor in 2004, she responded by laughing and telling me that there was no way they’d be able to get one through my cervix until after I had given birth. I was 20 at the time and giving birth was what I was actively trying to avoid.

Although IUDs are now placed whether or not you’ve pre-stretched your cervix, I’m glad she declined to do so. I’ve since learned that most of the time the procedure, as well as many other gynecological procedures, are done without pain management.

A quick scroll through the #iudinsertion hashtag on TikTok will offer videos featuring women screaming in pain and then apologizing for expressing their discomfort. (The rage I felt watching these poor women apologize for reacting to the level of pain, which was not only caused by the doctor but could have been prevented by the doctor, is a whole different essay.) There are also videos about cervical biopsies that are done with what I can best describe as a hole punch for your cervix and no pain management. Unfortunately, this kind of treatment is not rare or new. The pain of people with uteruses has historically been ignored, deprioritized and, dare I say, sometimes even evangelized by medical professionals and medical schools.

In 2013, after trying several types of contraception that all had varying unpleasant side effects, I learned that IUDs were now approved for people who had not yet given birth and I made an appointment to have one inserted. I thought it was weird that there was a doctor and two nurses present for a procedure that had been described to me as “a little bit of pressure, followed by a pinch, and then maybe a few days of cramping.”

The doctor told me he needed to move my cervix into place, and I felt a sudden, sharp pain. I reacted appropriately, and luckily for me, so did the doctor. He gave me a numbing injection and the rest of the procedure was completely mundane. Afterward, my periods stopped, my emotions were much more predictable, and I became a zealous IUD advocate who recommended IUDs to all of my menstruating friends.

I remained blissfully unaware of what many people experience when they get an IUD inserted until one of my friends took my advice and had one placed herself.

I was at work when I got her phone call. She was sobbing in the parking lot of her doctor’s office just minutes after her procedure. She told me she couldn’t move and that the pain was so bad she might vomit. She was crying hysterically. I was beyond confused. This nightmare she was experiencing because her pain had not been managed was nothing like what I had experienced. She went back into her doctor’s office and asked for help.

Here are some of our texts from that day:

Luckily, her pain eventually subsided to a slightly tolerable level and she was finally able to to drive home (cursing me as she did so, I’m sure).

These days, thanks to TikTok, people considering an IUD are able to learn more about the procedure, including what actually takes place and the tools used. Which brings us to the tenaculum, a pointy, metallic (medieval torture?) device that has often been left out of patient counseling conversations, and therefore is mostly unknown to the average person, but which has now become a breakout star on the video-sharing site.

The tool, essentially a long pair of tweezers with stabby ends bent in toward each other, is used to center and hold the cervix in place for several different gynecological procedures. Its sharp points are placed on either side of the cervix, piercing it, and then a doctor moves it into position (with the cervix moving with it, of course). Why the tenaculum is ever used without anesthetic, much less without an explanation of its use to the patient beforehand, is baffling to me. And even if you do your own research on online medical sites, you get information like this:

Expect your doctor to take the following steps to insert your IUD:

Step three is when the tenaculum is used and after seeing videos of the procedure, I think it’s safe to say that the description does not sufficiently explain what is actually happening. Injecting lidocaine as a local anesthetic can reduce the discomfort, but this isn’t a routine part of most IUD placements. Instead, doctors often opt for something referred to as “verbocaine,” which, in other words, is talking to the patient throughout the procedure to distract them from their pain.

I wonder if doctors use “verbocaine” during vasectomies? Spoiler alert: They don’t ― they use actual pain management medications.

So why not for gynecological procedures? One popular TikTok OB-GYN claimed, “you don’t get anesthetic for a piercing.”

That doctor has since deleted that video due to the uproar it received, but it should give you some insight into how many doctors understand (or, more aptly, don’t understand) what people are going through during these procedures.

Four years ago, when it was almost time to get my IUD replaced, I asked my new doctor if he used anesthesia during placement.

“No, the pain that you feel from IUD insertion is from uterine cramping, and a cervical injection will do nothing for that pain,” he told me. He finally agreed to use anesthesia after I told him I wouldn’t have the procedure any other way, but I didn’t feel comfortable negotiating my health care, so I decided to find a new gynecologist to insert my IUD when I was ready.

A year later I decided to have my IUD removed, but I did not replace it because my husband and I decided to start trying to expand our family. It didn’t go as planned.

Shortly after that, we decided that another pregnancy was not right for us and I wanted a new IUD. The doctor that had placed my last device was hundreds of miles away, but fortunately, I found an angel of an OB-GYN in my town, Dr. Kristin Markell, and when I asked her if she could use a numbing injection to place my IUD, she looked me in the eyes and with the assurance of Elyse Meyers doing a praying hands camera bow, told me, “I can do that for you.”

She didn’t try to convince me that the pain wouldn’t be “that bad” or that my concerns weren’t valid. She was completely on my side from the moment I expressed my anxiety. I wish I could clone and distribute her throughout the world, because the world needs a lot more doctors like her right now. Alas, the best I can do is give you the reassurance that there are other doctors out there who will listen to you and want you to be involved in your own health care decisions.

On the morning of the procedure, I wasn’t nervous.

I picked out a cute dress and made a “get ready with me (GRWM)” video. My husband came to the office with me to hold my hand and I filmed my reaction to the procedure with my other hand. Here is how it went:

The entire process took eight minutes. The pain was comparable to a Pap smear and lasted just a few seconds — and then I was out the door. I’ve had some nausea and fatigue while adjusting to the renewed constant supply of progesterone from the IUD, but the discomfort pales in comparison to a pregnancy scare in this new world.

I wrote this piece and am sharing the above video with the hope that women and people with uteruses can feel confident taking control of their reproductive options without fear of unnecessary pain. IUDs are safe and effective birth control that can be in place for up to 12 years, and getting one inserted doesn’t have to be a traumatic experience. The Affordable Care Act made IUDs free of charge (if you have insurance), but with the overturning of Roe v. Wade, things are getting murkier every day. Some states are already scheming to outlaw them along with emergency contraception and abortion.

But we should have control over our bodies and if and when we want to get pregnant. And we shouldn’t have anything standing in our way of accessing reproductive health care ― especially not the fear of being tortured by unnecessarily agonizing procedures.

Not everyone will need to have their pain managed during an IUD insertion and studies have found that people respond to different methods of pain management in different ways (and some methods don’t appear to work for some people). This isn’t a one-size fits all kind of a situation. But there are a few things that are always true and if you take anything from this piece I want it to be this:

You should be the one deciding what happens to and in your body, and you should have access to health care that is as positive and pain-free as possible. If your doctor tries to downplay pain or pushes back when you request pain management, find a different doctor.

It’s 2022, and there’s so much suffering ― from forced births to violence against trans people to mass shootings on a weekly basis to over a million dead from a pandemic that still isn’t under control. Don’t let pain be why you don’t do something you want to do ― especially pain that can be (and should be) reduced or alleviated.

We’re all in enough misery already.

Kelly Perry is a human being that believes that all human beings deserve equal rights. She plans to continue to do whatever she can to advance the rights of all people, no matter how vulnerable she may have to be. She is persisting and will continue to persist.