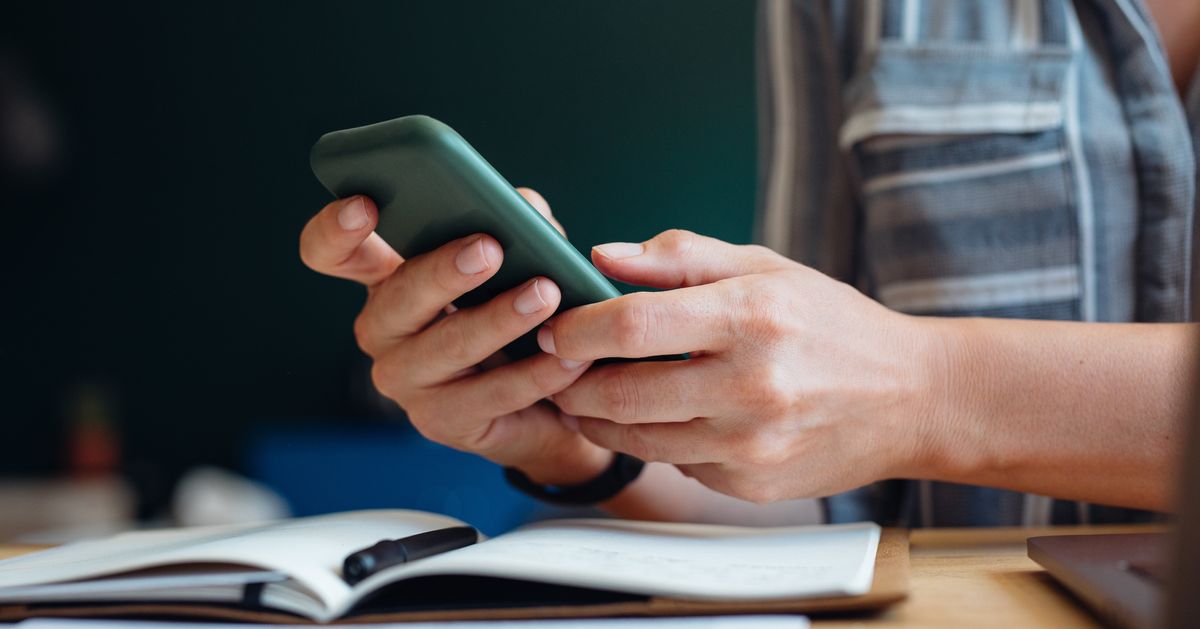 The best thing about him was he wasn’t going to hurt me. After that last slice to the heart, I needed to know there wouldn’t be an exit wound.

“Boyfriend” was more than I could muster. Technically, he served as that geriatric euphemism, “companion”: n. a person with whom one spends time, or who shares the experiences of another, especially when unpleasant or unwelcome. A plague-mate.

His cheekbones made me wish I’d worn eyeliner for our first date last July, a two-hour travel story brunch. We first kissed by a lake after paddle boarding. On my birthday, as I sang karaoke, he danced in front, my one-man hype squad. I told him I couldn’t be counted on long-term. (I suspected I’d be moving, plus, there was the being half-dead inside.) He said he’d deleted his dating apps anyway and just wanted to do this, even if it wasn’t a forever thing. We settled on exclusive companions.

When I texted, he texted back. If he was running late, he let me know. When we cooked together, he did the dishes.

He lived an hour south, so with my place close to his office, we usually hung out around the workweek. He’d text, “Hey beautiful!” to make plans, then arrive Thursday or Sunday with his gym bag. He greeted me with his sea breeze voice like I was a pleasant surprise.

We lucked into a permit to hike a range of mountains from someone who’d been applying for 10 years. Over a four-day, 20-mile adventure, we not only perfected our tent game, we became the only ones who’d remember how the mountain’s reflection painted onto water, how that baby mountain goat bleated, how, after we jumped in the lake, while we lay on each other to dry off on a sunny rock ― the passing of time narrowed to his heart, beating against my back.

He invited me to meet friends visiting from back home. I took him to eat at the table of one of my matriarchs, on an island off Seattle with an adorable infestation of bunnies. The day I had a photo shoot, he texted, “May your beauty shine through and your radiant energy be captured with every click.”

In December, as we watched ”Mare of Easttown,” a character said, “Things don’t have to last forever to matter.” I wondered if he, too, was fighting the urge to look over. The suspicion I’d be moving had turned into a plan to live where I could afford to take care of myself. I had a stopover in New Mexico, and he’d booked a flight to visit, for his birthday.

We’d agreed no gifts for Christmas, but before I went to spend the holiday with family, he gave me a wrapped chef’s knife. Instead of partying with friends on New Year’s, we drove down the Oregon Coast, past Cannon Beach, to an A-frame on a cliff overlooking the sea, which shuddered in powerful gusts. He woke me at midnight to kiss me and say happy new year. On the morning of the 1st, I read “Atomic Habits” to him as we sat by the fire he’d made, waves bursting against sea stacks below. Even though we had stopped short of calling this a relationship, I found myself humming with something like love — an appreciation for this man who’d coaxed me to soften toward life again.

On the drive home, it felt like time to ask if he’d take me to the airport in two weeks. He said sure, but the question itself broke me down, kept me turned toward the window. When we arrived, we just stood as he held me.

As much time as we’d spent together, I hadn’t posted about him much on social media: a silhouette here, a second pair of feet there, his car on the ferry. I hadn’t wanted to explain. But in our New Year’s pics, I finally tagged him. Claimed him. He was someone to me, had been for half a year.

Two weeks later, I rushed between boxes, grateful he’d be coming to help haul the last load to storage. In the morning, I’d say goodbye to 10 years of Seattle by waving goodbye to him.

I flopped on the couch for a break, scrolling. Perhaps I looked at my social media message requests, essentially a spam folder, to procrastinate another minute. There I found messages from a woman whose profile photo could have been my own. Full lips, sunglasses, a hiking backpack.

“Hi, Paulette. You don’t know me, but I just got off the phone with the guy I’ve been seeing for the past month. Apparently, you have also been seeing him.”

Screenshots. A sun-glared profile I took of him on our hiking adventure above messages to her: “Hi beautiful!” Then photos. Those cheekbones I’d traced with my fingertips next to her face, both smiling in the sun.

“He’s been coming down to Portland to spend weekends with me.”

The sob that burst out of me folded me over my knees.

She had a private account with a cryptic username and a bio that said only, “Stay soft. Refuse to die.”

She told me she was “so, so sorry,” then we messaged all morning. I started by asking her name.

They’d shared a whirlwind five weekends. She backpacked; he’d hiked 20 miles “with friends” that year. They cooked together. He even did the dishes. At Cannon Beach one day, he’d said he’d love to show her this island full of rabbits he knew. When she said she missed writing, he recommended “Atomic Habits.” She used to live in Albuquerque, and he’d asked for restaurant recommendations for his upcoming birthday visit with “an old friend.”

She’d canceled plans with girlfriends to spend Christmas with him. For New Year’s, she camped with her kids, the wind beating the roof of her yurt, him texting about how snowy it was in Seattle and how he couldn’t wait to enjoy 2022 together.

Before him, she’d been married 18 years to a cheater, but stayed for their children. Then breast cancer snapped awake in her a desire for something real. Divorced and done with chemo, she’d started dating a year before but struggled to trust people. When she revealed the betrayal she’d suffered, he took her hand, looked her in the eye, and said, “You’ll never have to worry about that with me.”

“In a classic middle-school move, I called him with her listening in. She needed to hear that he’d be coming over in the same voice that had promised he’d never lie to her. After he confirmed our plans, I said, ‘There’s just one problem.’”

The day after that declaration, she happened to browse his tagged photos on social media.

In a classic middle-school move, I called him with her listening in. She needed to hear that he’d be coming over in the same voice that had promised he’d never lie to her. After he confirmed our plans, I said, “There’s just one problem.”

“You got me,” he said flatly. Then, cornered, he accused her of trying to hurt me.

“Don’t you put this on her!” I yelled, a protective pulse surging through me. He soon hung up. Chilled, I put on my winter coat and talked to her for nearly an hour, surrounded by boxes I’d have to carry alone.

Each of his lies I learned about during our conversation hit like a pellet of the buckshot. Just that Thursday, he’d driven directly from my hug goodbye to hers hello. It had never been a gym bag. The text he sent me for my photoshoot, he must have snuck when she stepped out of the room. When we drove home from Oregon, we’d passed her, a few towns north. Before she and I knew each other, we’d shivered from the same wind.

Evenings, when I used to text him about my day, I now texted her, “I hope you got through the weekend OK.”

She told me she added “Stay soft. Refuse to die” to her bio after she saw it on street art during her last breakup, when softness started to feel impossible.

“He felt like the safe option for my healing heart,” she messaged. “Now here I am sick to my stomach at the thought of ever even trying again.”

I thought I’d weathered every kind of breakup, but none had served as an introduction, provided the very way in which I had so much in common with someone I’d just met. Usually, you go through it alone. No one will obsess as much as you and with the preferred dose of pettiness. Friends want you to stick to “healthy coping techniques.” Acquaintances smother you with inspirational pillow quotes.

We weren’t like that. Our dark camaraderie formed as if we were neighbors in the hospice of our love lives, a focus on temporary relief from the suffering rather than hope for a cure.

A person who shares the experiences of another, especially when unpleasant or unwelcome. I had myself another kind of companion.

As she made me laugh, offered sweetness, and I tried to do the same, the protective care I felt for her flowed back toward me. All the words I extended to comfort her, I both said and heard.

“I was an easy target,” she texted.

“You’re not an easy target,” I responded. “You’re just a good person.”

It’s only when the soft meets the sharp that softness seems like a bad idea. Our brains knew staying soft made sense, and yet, decades scarred, we couldn’t bring ourselves to recommend it. Still, we tried to remind each other we were humans, not targets, with whatever scrap of morale we could summon.

Women all over are trying to wrestle with the way the online dating world treats us, with the smoke and mirrors it creates. We’re signing up to online groups to post about the men who have hurt us. We’re meekly posting pics, even, of guys with whom it’s going well, hoping no one has anything to say about them.

How, she and I wondered to each other, do you keep coming back to who you were before you were pierced? How do you not become all fangs bared and claws out, even though you know if you meet the right person this way, you might miss it?

Neither of us pretends to have the answer. But I felt an inch closer to it, for both of us, as I wrote out the card for the Valentine’s Day present I sent her, a shirt with a sunset over the forest, a tent, and the words “I hate people,” because she deserved ― we deserve ― the good kind of surprise.

As I wish for her faith, the laws of physics require I wish it for myself, that I stay open and soft — at least to the possibility.

Paulette Perhach’s writing has been published in The New York Times, Vox, Elle, McSweeney’s Internet Tendency and more. She’s the author of “Welcome to the Writer’s Life,” one of Poets & Writers’ Best Books for Writers, and serves as an accountability coach for creative writers as well as a business coach for freelance writers. She blogs about a writer’s craft, business, personal finance, and joy at welcometothewriterslife.com and leads meditation and writing sessions through A Very Important Meeting.