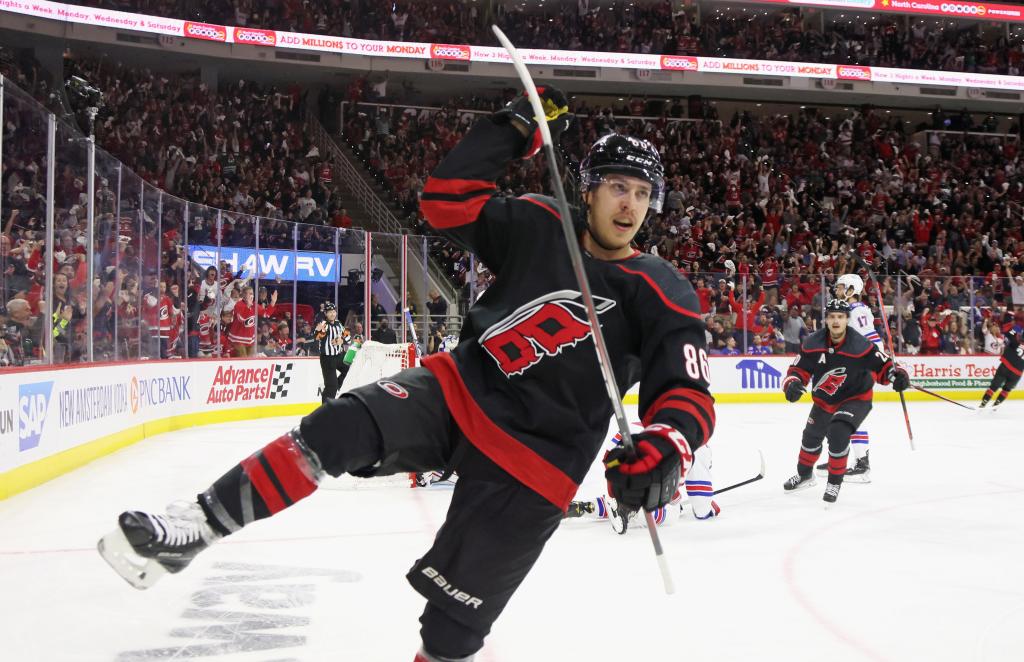 RALEIGH, N.C. — Throughout the Rangers’ second-round playoff series, their penalty kill had kept the Hurricanes vexed.

Maybe that had to end at some point. And maybe, no matter when that was, it would not have been particularly convenient for the Rangers. But that does not make it much easier to swallow Teuvo Teravainen’s second-period goal on the man-advantage, the eventual game-winner in a 3-1 Hurricanes victory on Thursday night that put Carolina up 3-2 in the series.

With the PNC Arena crowd willing the Hurricanes on, it took them just over 20 seconds to score after Frank Vatrano was called for hooking at 9:25. Teravainen converted on a cross-ice feed from Seth Jarvis, breaking the drought in decisive fashion.

“We kinda talked after the last game, just reset and start over,” Teravainen said. “We don’t have to think too much behind, just thinking what’s going forward. And today, big goal on the power play.”

Carolina coach Rod Brind’Amour had little explanation for why the unit finally found the back of the net on Thursday. He was, however, happy to take it.

“It’s weird,” he said. “We’ve been in that funk for a long time. It was OK as far as how it looked. That obviously was much better tonight. I don’t know how to explain it, to be honest with you. Talked about the same things. But that’s how it goes sometimes.”

Coupled with an early short-handed goal from Vincent Trocheck after Jacob Trouba gave away the puck at the blue line, the Hurricanes had a decisive advantage on special teams even while giving up a power-play goal to Mika Zibanejad.

“Jordan [Staal], he did a really good job of, he just wanted to wedge Trouba one way,” Trocheck said. “Trouba was trying to go the other [way], kind of fumbled the puck and landed right on my stick. I think they just were going so fast that they just skated by me and I had a little bit of time.”

Though it’s not their first short-handed goal in the series — Brendan Smith had one in Game 2 — it does break a trend that had seen the Rangers get the better of the special teams battle thus far.

For a Carolina team whose lack of power-play scoring had been a theme in the postseason at large — the Canes converted just five of 36 opportunities in the first round against the Bruins — that amounts to a welcome reprieve.

For the Rangers, it is quite the opposite.