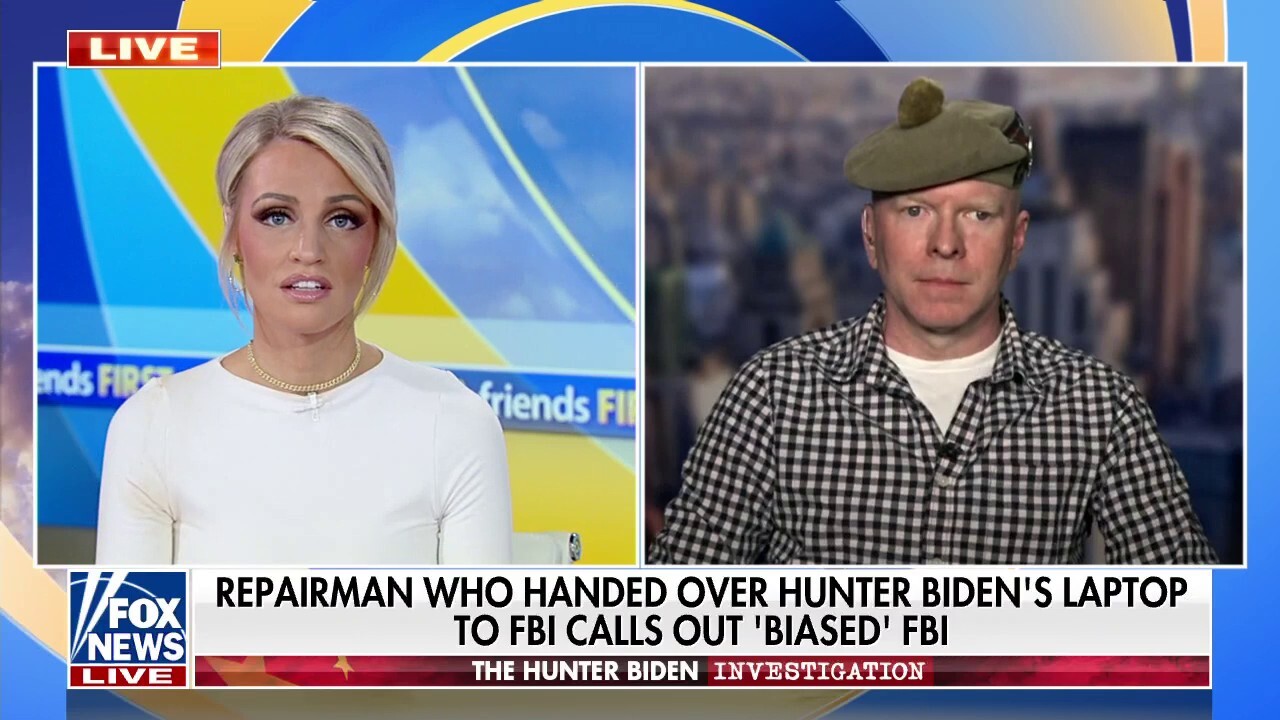 The Hunter Biden laptop repairman is calling out the Justice Department for its “blatant double standard” following the FBI’s raid on Trump’s Mar-a-Lago estate.

“There’s been a plethora of criminal activity that has come off that laptop and the FBI has been in possession of that laptop since December 9th, 2019,” Isaac told co-host Carley Shimkus. “And the son of the president of the United States continues to wave from the balcony of the White House. He continues to fly on Air Force One. He’s beyond reproach.”

TRUMP ATTORNEY SPEAKS OUT ON MAR-A-LAGO RAID: ‘GOVERNMENT SEEMS TO BE OUT OF CONTROL’

“Nancy Pelosi said that not everybody is above the law, while apparently there are people above the law,” she continued. “And I think that if your last name is Biden or even Pelosi, I think you get afforded that opportunity.”

Isaac noted he has had to flee Delaware over the Biden laptop scandal, since receiving death threats after exposing the information he found on the device.

He said left-wing whistleblowers are afforded “anonymity,” but the same standard does not apply to him.

“It’s a blatant double standard,” Isaac said. “My family and I have witnessed the bias in the FBI going back as far as October of 2019, when they refused to touch the Hunter Biden laptop with a ten-foot pole until finally in December, they came in, and they took it, and even then they seemed to be reluctant.”

According to Fox News Digital, then-Vice President Biden met with 14 of Hunter’s business associates during his tenure, including officials from China, Mexico, Ukraine, and Kazakhstan.

Critics worry these meetings could signal Chinese influence at the highest levels of the U.S. government.

“I’m not surprised that the Chinese government probably has a copy of Hunter Biden’s laptop,” Isaac said. “He was very careless with his electronic devices, so whether they’re using that as leverage over the Biden administration, it’s really hard to tell.”

“It just seems like… between lithium mines in Afghanistan and how we’ve handled Taiwan, it just seems like we’re going soft on China,” he continued. “And it begs the question, is it because they know something we don’t? Are they holding something over the Bidens? It’s hard to tell.”