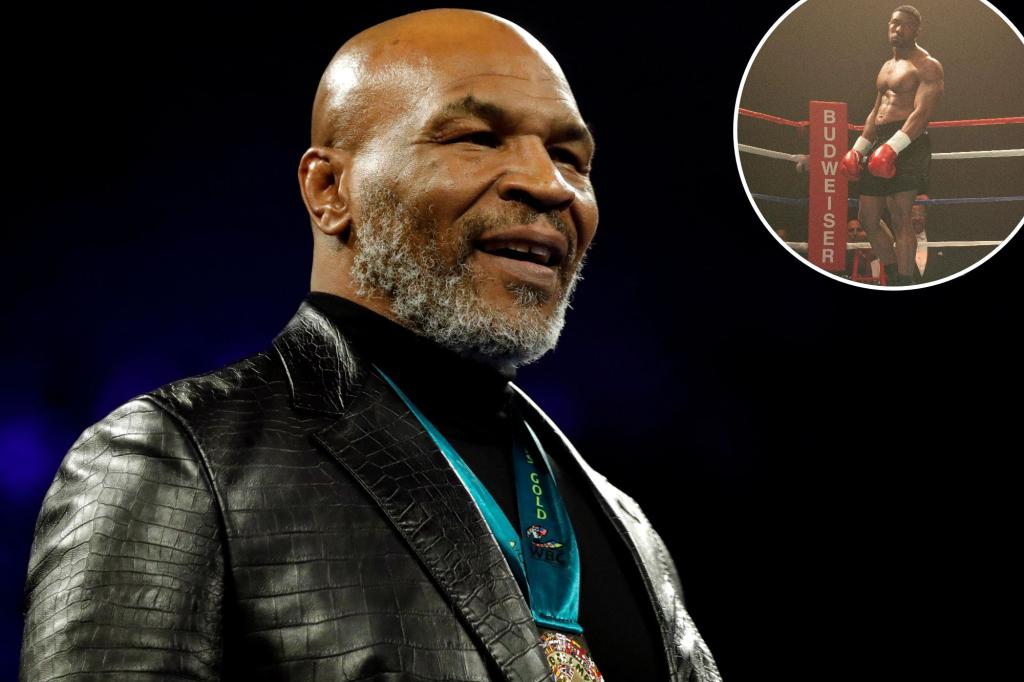 Mike Tyson’s earliest demons shaped all that he would become, both inside and outside the ring.

Those struggles are explored in Hulu’s just-released “Mike” miniseries, a dramatization of the former undisputed heavyweight champion of the world’s wildly famous, or perhaps infamous, career and life. Tyson notably did not give permission for the series, and has been livid in speaking out against the show digging into his personal life. Earlier this month, Tyson tweeted “Hulu stole my story. They’re Goliath and I’m David. Heads will roll for this.”

The first two episodes, released Thursday, explore Tyson’s bleak upbringing in Brooklyn, and familial rejection at the earliest stage of his life. An adolescent Tyson sits with his mother, Lorna Mae, as his school guidance counselor tells her “Your son is retarded. You need to be prepared for that.”

After that, Tyson – whose adult character, and show’s narrator, is played by Trevante Rhodes – says his mother stopped believing in him, and never thought he’d amount to anything. She expresses that sentiment repeatedly throughout the two episodes, developing Tyson into a pre-teen searching for acceptance, and love, elsewhere.

One of three children, Tyson at first was raised by his mother and her boyfriend, who is not his biological father and is presumed to be a pimp. In his youngest days, Tyson, whose adolescence is played by B.J. Minor, watches his mother and boyfriend fight and physically abuse each other, abuse that is then shared on Tyson. After the boyfriend leaves – with all the family’s money – a young Tyson and the family are depicted moving between abandoned homes, each one getting worse before ending up in Brownsville. During this period, Tyson’s character implies, his mother was a prostitute to make ends meet.

A self-proclaimed fat kid, Tyson as a child explores his identity as a shy youngster who often got bullied and beat up, unable, or unwilling, to defend himself, developed through his mother’s disbelief in him. Surrounded by drugs, crime and death, Tyson stops going to school, instead finding a sense of belonging on the streets stealing clothes and electronics. Him and his friends dub themselves the “Rutland Road Crew” and their constant theft lands Tyson frequently in and out of prison, across all five boroughs.

It all changes when Tyson, already with a lifelong affinity for birds and specifically pigeons, watches as bullies steal his favorite pigeon and kill it in front of him. An enraged Tyson attacks and beats up the offending bully, and it’s at that moment his character says he “became a fighter.”

And, he realizes, if he actually learned how to punch, no bullies would ever mess with him again.

Tyson’s familial rejection led him to Cus D’Amato, the trainer long credited for making Tyson into the fighter he was, and who took him into his home after Tyson was released from prison – and away from his mother and home. D’Amato, played by Harvey Keitel, sees Tyson’s generational potential early on, and showers him with praise, convincing him that he was destined for greatness. Tyson had never heard anyone say anything like that to him in his entire life, and commits to D’Amato’s path.

Tyson, in search of any sort of authority figure who valued him, develops a tight-knit bond with D’Amato, even going back to tell his mother that D’Amato provided what she failed to do.

D’Amato’s seemingly genuine praise and support of Tyson carries a common theme, however. Constantly, D’Amato instills in Tyson that he’s an “animal,” a “menace,” a “beast,” and a “monster” that must be feared. Tyson believes it all, identities that would overtake his life, for good and bad, later on. Knowing D’Amato’s expectations of him, Tyson is terrified of disappointing him and losing the “love” he had experienced for the first time, and becomes obsessed with fulfilling D’Amato’s menacing blueprint.

Tyson’s mother never approves of his career, even when D’Amato expresses just how talented her son was. When D’Amato takes him away to live with him, Lorna Mae, played by Olunike Adeliyi, tells D’Amato, “He only gonna disappoint you.” That message stays with Tyson, who resents the fact that his mother died before the majority of his accomplishments.

– A dejected Tyson, after losing the 1984 Olympic trials, complains to D’Amato about the loss. D’Amato tells him to use the loss as fuel, that the loss will end up benefiting him, and that he’s going to come back with a ferocious vengeance. It’s at that moment, Tyson says, he became “Iron Mike.” He didn’t lose again for six years.

– Bobby Stewart, a counselor in one of Tyson’s prisons, is the first to show Tyson how to box. A rebel-rouser who got into fights with inmates, Tyson approached Stewart, an amateur and brief professional boxer, to train him. Stewart makes Tyson get his act together and apply himself in the prison’s classes, and after finishing with top marks, agrees to train Tyson. After quickly realizing his potential, he introduces him to D’Amato.