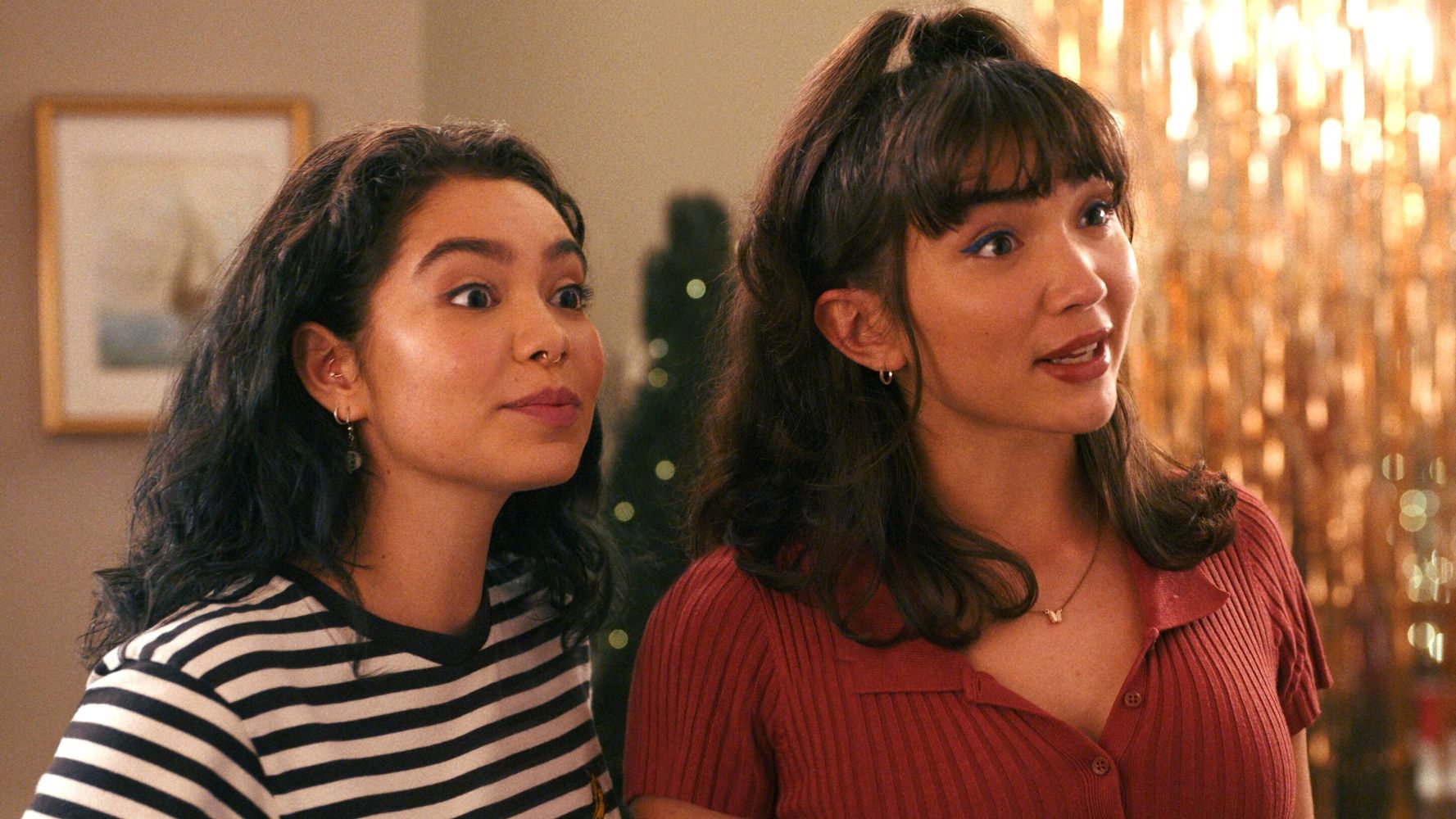 HuffPost got a sneak peek at “Crush,” due out Friday on Hulu, via the clip above. In it, devoted art student Paige (played by “Girl Meets World” star Rowan Blanchard) shares a hilariously awkward moment with her mom (Megan Mullally) as she gets ready for school.

From there, the film follows Paige as she tries out for her high school’s track team to avoid an unfair suspension.

The athletically challenged character, however, has an ulterior motive. She’s hopeful that landing a spot on the team will bring her closer to her longtime crush, Gabriella (Isabella Ferreira), who happens to be one of the school’s star athletes.

Before long, Paige finds herself at the center of an unlikely love triangle when she realizes she’s drawn to A.J. (Auli’i Cravalho), a sporty classmate with a close connection to Gabriella. Flirtation ensues, but only time will tell if romance is in the cards for the young women.

“Crush” marks Cohen’s feature-length directorial debut. The director said she was instantly smitten with Kirsten King and Casey Rackham’s script, which the writers loosely based on their own high school experiences.

“I read it, cried, laughed out loud and thought to myself: ‘This is the movie I always wanted and never had growing up as a queer kid,’” Cohen told HuffPost in an interview. The script’s emphasis on “what comes after coming out,” she added, was especially intriguing.

Ultimately, Cohen is hopeful “Crush” will prompt viewers to “root for love,” whether or not they identify as LGBTQ, “because it’s a feeling we all connect to.”

“People aren’t just defined by their sexuality ― it’s a piece of the larger puzzle,” she said. “For Paige, this story goes beyond a chapter in life where she’s letting the world know about something. This is about her letting people in.”

“I hope that idea inspires our audience to walk away wanting to be more vulnerable,” she added. “Ultimately, that’s how we connect further, love deeper and laugh harder.”