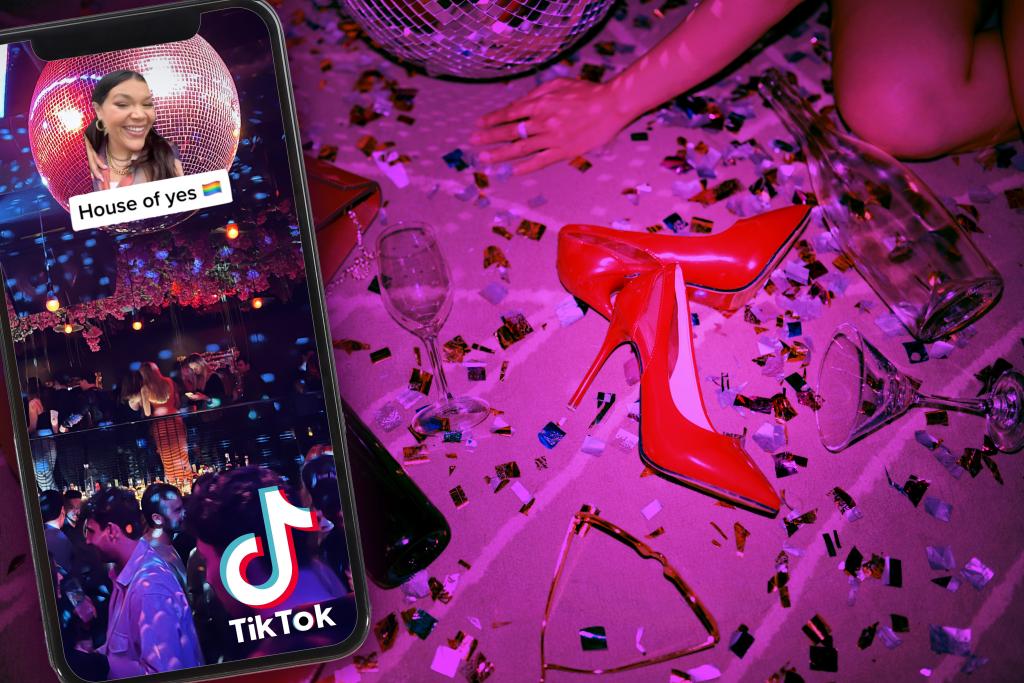 Ian Wallace remembers his first visit to Brooklyn hotspot House of Yes back in 2018 like it was yesterday.

“I was enthralled by how sexually open the entire experience was. It was wild,” Wallace, a 26-year-old personal trainer and actor told The Post.

After swapping his Texas hometown for Brooklyn in the fall of 2020, House of Yes became a favorite spot for the nightlife-loving Wallace. He fell in love with the notoriously risqué club’s inclusive atmosphere, themed parties and sexy performances.

But then, something changed — the club started going viral on TikTok. Since then, the so-over-it Wallace said, the eclectic crowd that once drew him in has become “mainstream and straight.”

“House of Yes used to be one of my favorite spots,” Wallace told The Post. “Now, all of that has been commercialized, advertised. People just come to see the spectacle that House of Yes is, or used to be.”

Wide-eyed Gen Zers are flocking into the city — a recent study found that Manhattan has become the third-most popular destination for young renters — and they’re turning to TikTok to both find their way around the coolest bars and clubs and prove that they were there. Stroll around any of the city’s traditional nightlife quarters on a Saturday night, and you’re bound to see herds of earnest twenty-somethings in baggy jeans and banana hair clips they bought on Shein, JW Pei bags slung over their shoulders, recording their #fitcheck in line and practicing their best poses. Seasoned scenesters are not happy that their favorite haunts are now overrun with social media-crazed youngins’.

“You always had the bridge and tunnel kids coming in during the weekend, but it was less chaotic and a good mix of age groups, you had older 27 to 40 year old locals and tourists,” DJ Fritzo, a regular on the Lower East Side nightlife scene for more than a decade, said. “But now it’s predominantly 18 to 25 year olds,” the Brooklyn native moaned to The Post, adding that his peers now avoid the LES and the new breed of clubgoers.

Downtown bar owners have complicated opinions on the TikTok takeover. They’re happy to have a prosperous business post-pandemic, but not always enchanted by the clout-chasing crowd.

Opened in 2021, the sister to hotspot Kind Regards, was designed as an “under-the-radar” late-night cocktail lounge. The ’70s-themed boîte didn’t stay that way for long — the place was an immediate success, all but packed out with a fashionable crowd from the start.

But once it began to appear on people’s TikTok For You Page, or FYP, as the app’s acutely algorithm-ed landing page is known, the bar, equipped to welcome about 100 guests at a time, was quickly overwhelmed. There’d be a line 200 to 300 people drinking White Claws, crowding the sidewalk and wrapping around the block.

“This made it a little more tough to get in for our nightlife friends, regulars and neighbors,” co-creator and owner Michael Bray told The Post. “We had to defer to a more nightlife-centric model with a doorman, rather than the chill house party atmosphere we sought to create.”

While happy for the business, Bray is wary of the bar being overrun by what he calls “basic” TikTok types.

“It’s very easy to identify TikTok guests: They often congregate in groups of three or four, often don’t purchase a single item, and take up space taking photos before leaving,” Bray laughed. “They are very different from our usual customers who come to Ding-a-Ling to party, meet others, dance, drink and cop some snacks.”

When late-night haunt Bandits opened on quaint Bedford Street in the West Village in May of 2021, co-owner Max Stampa was surprised to have a certain kind of customer that the burger-and-a-cocktail bar hadn’t figured on attracting: underage drinkers.

“We noticed more people who are younger trying to get in, 19-year-olds coming into the bar,” said Stampa. “Our lead security guy was like, ‘I don’t know why we keep getting all these young kids.’ Occasionally, somebody would say, ‘We found you on TikTok.’ We put two and two together.”

While some places are struggling to find the right balance of nightlife neophytes and classically-trained clubbers, others are riding the wave of the TikTok takeover.

Daphne opened in February on the Bowery and immediately invited in influencers and celebrities for a night out. The scene-y spot, owned by Owen Gerber, 26, son of nightlife impresario Scott Gerber, was an immediate hit with the Gen Z crowd, many of whom couldn’t wait to splash their nights out all over their social media.

“All of a sudden, I was waking up to messages from friends who had seen TikTok influencers documenting their nights out at Daphne,” Owen Gerber told The Post. “We don’t rely on the app to bring in a great crowd, [but] it’s always rewarding to hear people … feel inspired to share those experiences with others.”