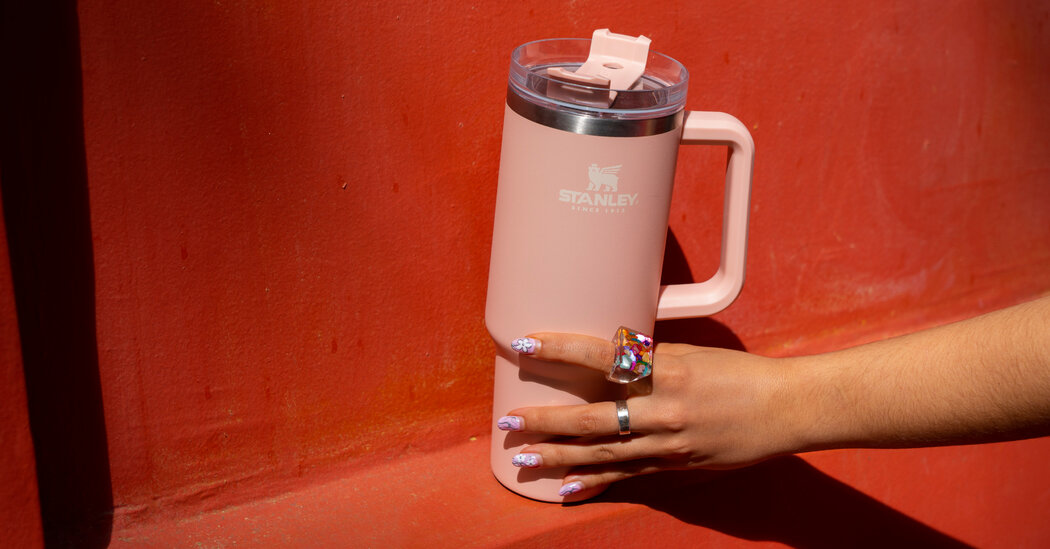 She began coveting it after seeing social media posts by Kristin Johns and Emilie Kiser, both influencers who post about motherhood. But every time Stanley restocks the tumbler, it has sold out, she said.

Released every few months in batches that vary in quantity, the tumbler has been listed for as much as $100 on the resale site Poshmark. About 110,000 people have signed up to be notified by Stanley when it’s back in stock, said Terence Reilly, the global president of Stanley, who added that the product’s sales increased by 275 percent in 2021 compared with 2020.

But a little more than two years ago, in late 2019, Stanley stopped restocking the Quencher on its website. Though still available for purchase elsewhere, “it was not being prioritized from a production and marketing standpoint” by the brand, Mr. Reilly said.

Its return to Stanley’s website in early 2020 is largely owed to three women: Ashlee LeSueur, 42, who lives in Carlsbad, Calif.; Taylor Cannon, 34, who lives in Purchase, N.Y.; and Linley Hutchinson, 36, who lives in Alpine, Utah.

Ms. LeSueur and Ms. Cannon, who are sisters, and Ms. Hutchinson, their cousin, run The Buy Guide, an e-commerce blog and Instagram account, where the Quencher tumbler was among the first products they featured, in November 2017.

“Every time we linked it, it would sell out so quickly,” Ms. LeSueur said. “We got so many pictures from teachers who all have them in their classrooms and from nurses stations with cups overflowing in different colors, and we knew we were onto something.”